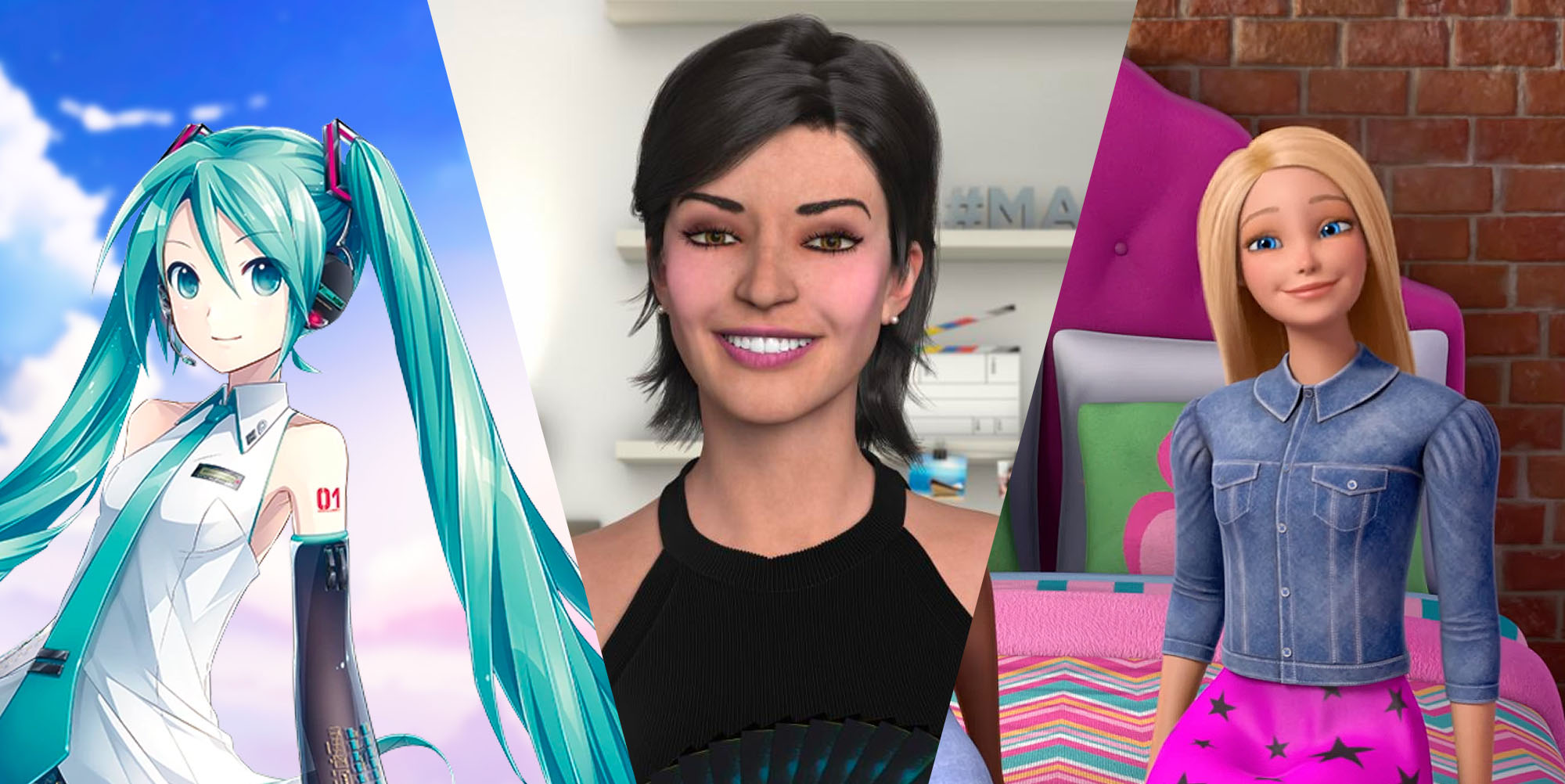 Photo by Lu of Magazine Luiza, Barbie, and Nobody Sausage

The Most-Followed Virtual Influencers of 2022

From famous robots to teenage media sensations, here are the most followed virtual influencers of 2022.

We sought out to answer: Who are the most followed names this year?

Lu was created in 2003 as the voice of an in-store salesperson for Magazine Luiza’s e-commerce websites. Then, in 2009, she first appeared on Magalu’s YouTube channel for the first time, going on to host tutorials about the latest technology from the Brazilian tech retailer. As her influence grew, she became the brand’s spokesperson and helped the company build a fanbase of 32M+ across social media platforms, with 6.6M+ on her newly emerging TikTok. Lu uses TikTok to show off the latest products and tech gadgets, like a bubble machine gun or makeup.

Barbie first came to life back in 1959, and she has improvised, adapted, and overcome decades of evolving interests to maintain her well-deserved status as a global icon—especially one who empowers young girls. Modern Barbie manages a massive, 10M+ YouTube subscriber base, for whom she vlogs about her life and shares positive, educational content. While we may be able to put a number on Barbie's social media following as a virtual influencer, any such number still understates the global impact she has had over the last 60+ years.

Nobody Sausage, a 3D animated sausage with an abstract, absurd appearance, has become one of social media’s favorite virtual influencers. TikTok is the go-to platform where 14.1M+ see his colorful and groovy dance videos. In 2021, he was declared the fastest-growing virtual influencer by HypeAuditor. He has since been picked up by global brands for multiple projects, like starring in Hugo Boss’ massive rebrand campaign.

Virtual influencers rarely age. However, in 2017, Casas Bahia (also known as “CB”) started as a 2D child and grew into a virtual teenager as he underwent a redesign. As the eponymous brand mascot for one of the biggest retailers in Brazil, Casas Bahia appears on all social media platforms, with 5.3M+ fans on his most popular profile: Facebook. As a brand spokesperson much like Lu of Magalu, CB shows a personal passion for games and youth culture. Next to product promotions, his content focuses on games, movies, memes, and questionnaires for fans.

Appearing for the first time in 2019, FNMeka has made quite the impression on social media with his cyborg and Hypebeast aesthetic. The robot rapper is prominent on TikTok, with an impressive 10M+ followers watching him navigate the human world. FNMeka’s videos feature mind-blowing content, such as him trying out a Supreme dart shooter or playing with surreal gadgets, like a Lamborghini cannon. FNMeka is responsible for the massively viral “Airpod Shotty” video from 2020. He even minted one of his most popular TikTok videos into an NFT. Titled “The Real Iron Chef,” the NFT sold for a staggering 3.675 ETH—roughly $14,385 at the time of auction on OpenSea.

As the first hyperrealistic virtual influencer to achieve mainstream popularity, Miquela has paved the way for brands and virtual influencers alike to succeed in this new, virtual storytelling medium. Her story unfolds on social media, where fans follow her life in L.A. as a 19-year-old robot girl created by Brud. She found fame on Instagram to the tune of 3M+ fans, but now TikTok is her most popular profile, with 3.5M+. On TikTok, Miquela successfully leverages trends by revisiting ‘throwback’ moments, singing duets, and answering questions from her community.

Miquela has appeared in fashion and tech campaigns, crashed a live fashion show, released singles, starred in her own music videos, and dropped NFT artworks. Dapper Labs acquired Brud in late 2021 in an all-equity deal, tasking her team with bringing DAO (Decentralized Autonomous Organization) infrastructure mainstream, a feature set that will one day underpin Miquela herself. Stay tuned.

The 16-year-old blue-haired anime girl Hatsune Miku is a virtual idol from Japan. Hatsune Miku grew to fame as the face of Crypton Future Media’s new Vocaloid voice, which is a computer-generated voice software. To make the voice more enticing, they sourced an artist to give “her” life as an image—as Hatsune.

Today, she has grown so popular and widely-loved, she sells out hologram concerts to perform the songs in which her fans have utilized her Vocaloid voice to create. As for her online life, Miku’s most popular online following centralizes on her YouTube, where 2.1M+ fans watch her music videos and more.

Nobody Sausage is not the only personified food influencer online. Good Advice Cupcake is an adorable cartoon character who has been giving fans advice and delivering uplifting messages through enjoyable, relatable content since 2018. The cupcake has quite the personality and finds itself in some ridiculous, comical situations. The engaging content has resulted in a strong, loyal fanbase of 2.4M+ followers on Instagram alone, followed closely by 2.3M+ fans on TikTok.

Another widely successful cartoon character on social media is Any Malu. The pink-haired Brazilian virtual influencer is a fully animated VTuber who has her own Cartoon Network show. Any Malu’s 3.3M+ fans on YouTube get to peek into her life through fun story moments such as Any Malu finding help with editing, participating in language challenges, and uploading music videos.

“It just feels great to see kids smiling when watching me, and I know the responsibility I hold to influence people to behave well. I just want all of us to come together happily and spread love to the world—that’s what keeps me going,” Any Malu told us when sitting down with Christopher Travers for an interview.

10. Tito Lazzardo and Catty B

This duo takes TikTok dancing to another level. Tito is a lizard dressed in a cool high school outfit while Catty Baby is a sporty-looking cat. Created in 2020, their TikTok account has reached 5.2+ million followers so far, making it their most popular profile to date. Tito and Catty B choreograph dances together, individually, and with friends. The viral videos are typically shot in a setting resembling sunny Miami, often leveraging a beach or street setting.

Globally known as a cornerstone to Disney, few know that Minnie Mouse has established herself as a social media influencer as well. Minnie has attracted 4.5M+ followers on Facebook, with more tuning in on Instagram. She posts images of her everyday life, such as working out at home, playing cricket with Daisy Duck in the garden, eating cake with Pluto and Mickey, and more.

Social media also allows Minnie Mouse to share special announcements. She connects personally with fans every day, telling a life story that spans far beyond her movies as you know them.