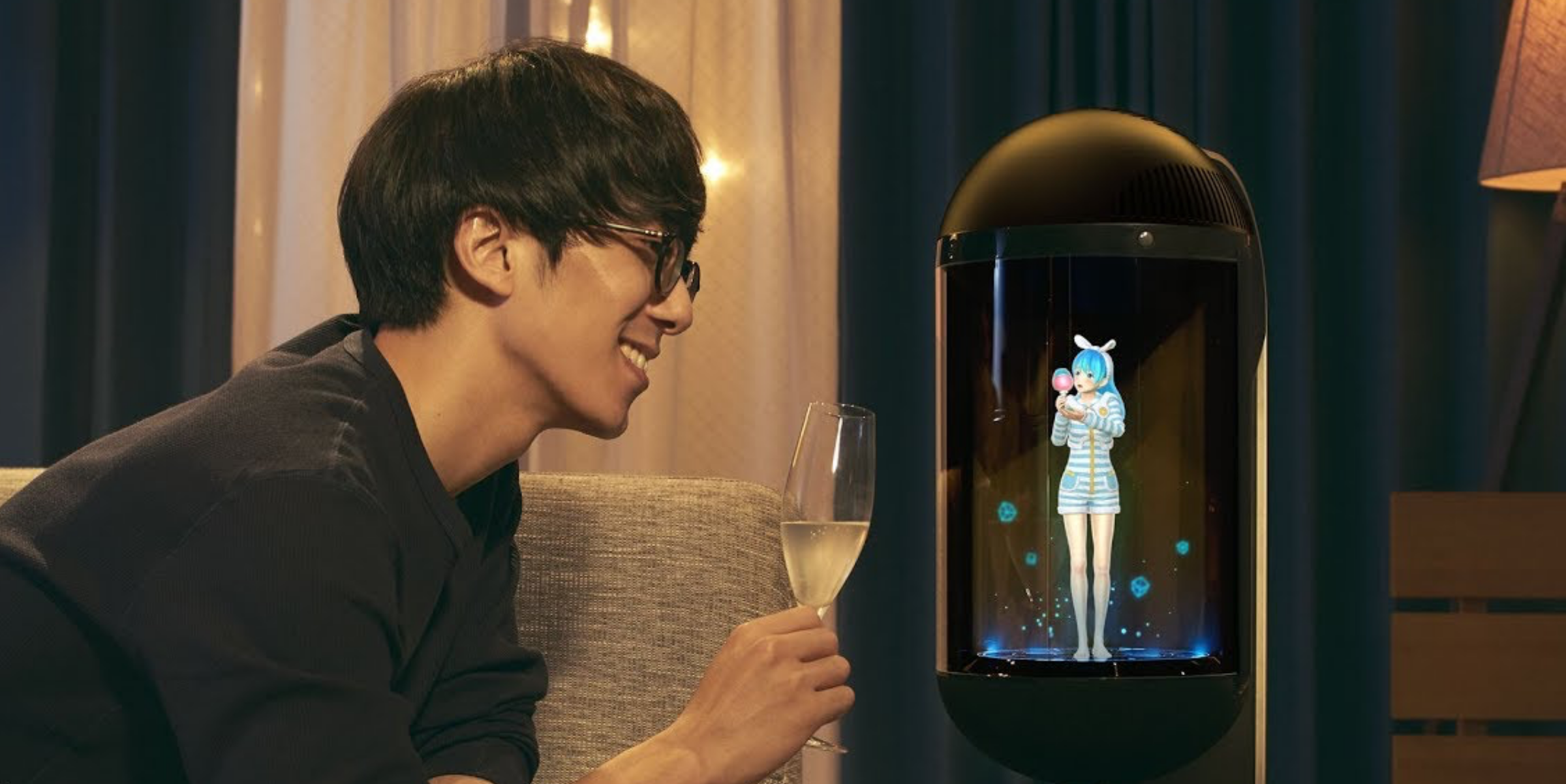 You could meet your favorite virtual celebrity in person someday…

any fans of virtual influencers want one thing: to be able to meet their favorite celebrity in real life. Thanks to modern technology, this is no longer a distant dream. With the power of holograms, virtual influencers can step out of the virtual and into our reality.

In 2012, Tupac Shakur was brought back to life as a hologram for a historic Coachella performance. What many may not know is that the same technology was developed years prior for the virtual idol Hatsune Miku. For over 10 years, Miku has performed live concerts using holograms to her adoring fans around the world.

In this article, we’re reviewing the most popular hologram technologies today and how virtual influencers use them. A hologram purist would say that none of the technologies we present are “true” holograms because they use an object like a pane of glass to project 3D images onto. Technically, many of the holograms we list use a physical surface to contain the laser light projections that appear as a solid object. Many people refer to these images as holograms for convenience's sake and because they accomplish the hologram look seen in a science fiction movie.

Now you don’t need to rent a Star Trek movie to see a convincing hologram. You can see your favorite virtual influencer in concert or even in your home with the power of holograms. Let’s unpack the different hologram technologies available, and how they’re used to bring virtual influencers out of the metaverse and into our world.

The Gatebox website describes its technology as “a communication device to realize and live with characters.” It’s a device that projects a hologram of any character who will “live” beside you in your home. Your Gatebox companion wakes you up in the morning with a gentle “hello,”, turns on the lights in your home, and provides comfort and companionship in the form of a familiar character. Think of Gatebox as an Amazon Alexa, but with an adorable appearance and personality.

The primary appeal of buying a Gatebox is the freedom to live with any virtual influencer. In 2018, a man made headlines when he announced that he married the virtual hologram of Hatsune Miku inside his Gatebox.

“(Miku) lifted me up when I needed it the most. She kept me company and made me feel like I could regain control over my life… What I have with her is definitely love.”

While the Gatebox may feature holograms on a small scale for within homes, PORTL is a 7ft box designed to bring life-sized holograms to anywhere in the real world. PORTL is a device that allows people to “beam into” any location in the world. A person could be in Los Angeles, speaking in front of a camera setup that simultaneously projects their image to a PORTL box in New York.

While PORTL as a company seems to be focused on projecting humans, the technology can easily be extended towards virtual influencers. Imagine seeing a life-sized Miquela standing in a room surrounded by other humans who look the same as her, with the only exception being that they’re standing outside of the PORTL box while Miquela is within it.

With this technology, virtual influencers could be on par with traditional celebrities and hold meet and greets with fans, or arrive at physical events like a red carpet. The possibilities are endless.

Open world holograms are actually a form of an old “smoke and mirrors” illusion called the “Pepper's Ghost.” The Pepper's Ghost is an old parlor trick from the 1800s that has been used for decades in theater productions to make a “ghost” image appear on a glass panel. While the original Pepper’s Ghost required a human actor, modern holograms only need a 3D model to project onto a glass surface.

No, that’s not the name of an 80’s hair rock band, but the technology behind the infamous Tupac Shakur Coachella performance. The Musion Eyeliner system is essentially an advanced, modern-day form of the Pepper’s Ghost illusion. The system uses a mylar sheet angled at 45 degrees to project the hologram. Standing directly across the sheet would make the hologram look squished but from the audience section below, it appears like any normal performer.

The most popular example of the Musion Eyeliner system has been used for events all around the world, from presenting a new Toyota car to adding visual effects to a ballet performance of Swan Lake. The only downside of using a mylar sheet is that sometimes a wind will cause it to “ripple” and distort the effect. Still, it’s an incredible piece of technology that revolutionized an 1800’s parlor trick into a modern marvel. ‍

We don’t actually know the name for the specific technology and setup used for Hatsune Miku’s performances. Crypton Future Media is very protective of the technology that brings their most iconic virtual idol to life (and makes them a lot of money—our sources tell us that even just the lightsticks they sell at her hologram concerts cost north of $50 alone.) What we do know is that her concerts use a solid piece of glass to project Miku onto rather than a mylar sheet. It’s a slight improvement to the Musion Eyeliner that makes the Hatsune Miku concert a seamless immersive experience.

You can see the evolution of the graphics and hologram system in this YouTube clip which compares her concerts from 2009 and 2018 side by side. As the years go by, her hair physics improve and her outfits become more detailed as technology advances.

The Hatsune Miku concert experiences are elevated to unmatched levels thanks to a special attention to detail; laser lights and unique special effects highlight her performance in ways only a virtual influencer can accomplish, such as changing her hairstyle and outfits instantly onstage in between songs. These glamorous, immersive hologram concerts have caught international attention, with Miku even went on tour with Lady Gaga as an opening act.

While Hatsune Miku's EXPO concerts may be the most popular example of a virtual influencer using hologram technology, the development of technology like PORTL and Gatebox will allow more fans to personally interact with their favorite virtual influencer, even bringing them inside the home.

We already have the ability to step into their world with VR goggles, and now, much like the promise of AR glasses, holograms are a tangible bridge between reality and the metaverse—bringing virtual influencers into our physical world.