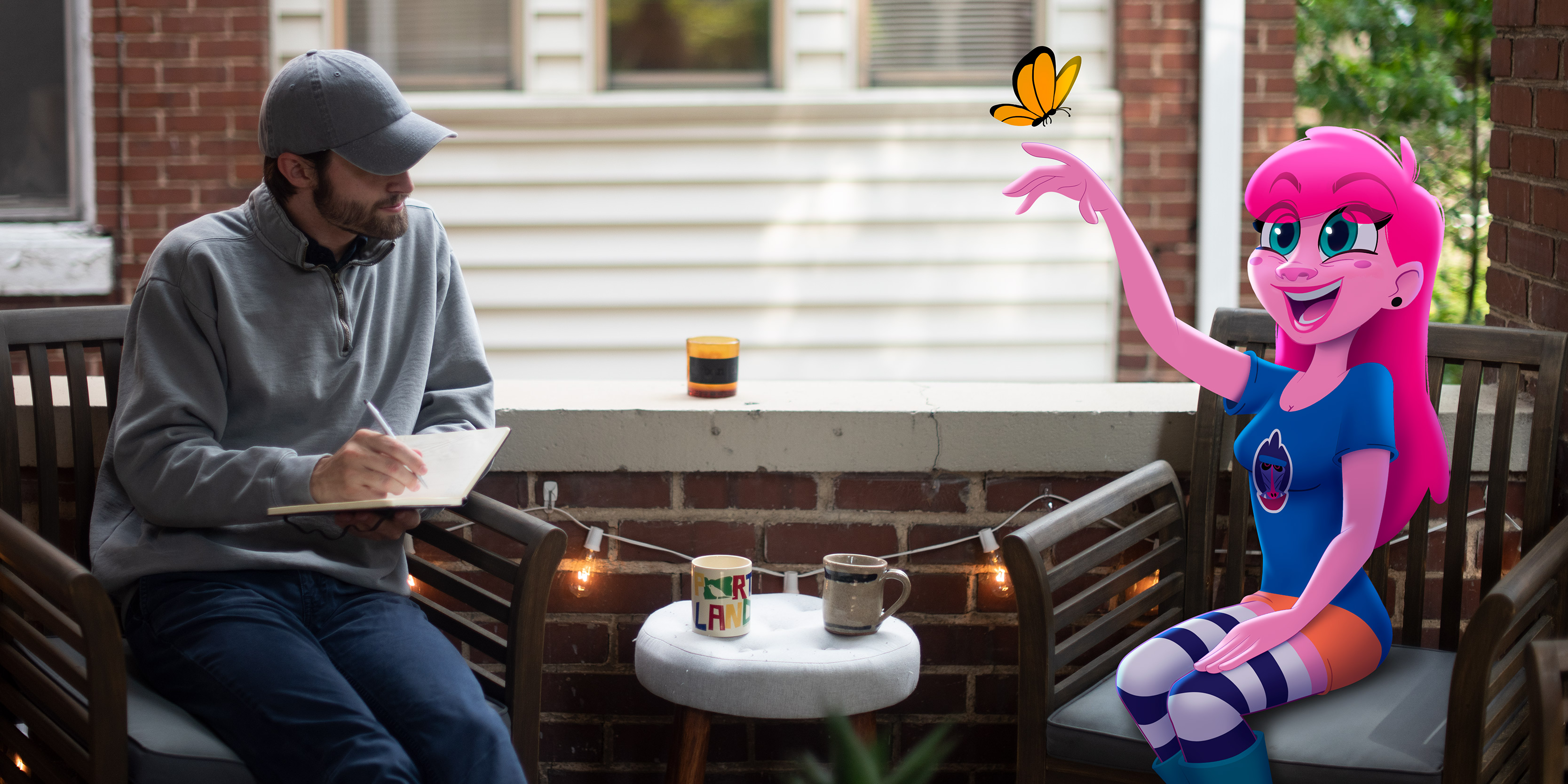 Photo by KaylaJohnsonPhoto.com and Any Malu

"I am the best virtual influencer, the most beautiful girl on Cartoon Network, and I have the best series out of all the cartoons. I stay humble."

irtual influencers are emerging across the globe, with quite a few especially popular ones originating in Brazil. Today, I sit down with a globally-recognized, Brazilian virtual influencer blowing up on YouTube with 3M+ subscribers, 280M+ video views, and 1M+ collective fans across TikTok, Instagram, Facebook, and Twitter.

Meet Any Malu. Any Malu is quite unique in that she is one of few virtual influencers who have their own television show, let alone one powered by Cartoon Network! She is a fully animated, virtual YouTuber sharing her life with troves of real fans. Cartoon Network loved her beaming social media personality so much, they couldn’t let such a bright star in the making go unnoticed.

Any represents the success story of an animated character who grew from an idea, to a YouTuber, to a transmedia experience, to the widely-consumed star of her own show she is today. Today, I am eager to learn more about her career path and the personality backing it all. So, who is Any Malu? Let’s find out.

Hey Any, I’m so excited to meet you! How are you?

Hi Christopher! Or Chris? I'll call you Chris. I'm not very good with names. I'm good! But not with names, Joe.‍

Uhh, sounds good Ally... when did you first get started on social media? What was it like when you had very few fans?

Five years ago I created my Youtube channel. I could do everything I wanted without getting into too much trouble... it was paradise! Nowadays, Combo Estudio has to double check everything I post and is always complaining, removing, and censoring pretty much every video.

They keep saying complicated stuff like "copyright claims" and "possible lawsuits". Did you know, if you use someone else's songs and work it is considered stealing!?

Having few fans compared to having many fans is pretty much the same, even now that I have millions of fans. I am the best virtual influencer, the most beautiful girl on Cartoon Network, and I have the best series out of all the cartoons. I stay humble.

‍How would you describe your career path so far?‍

Considering I record videos from my room while my mom screams at me to do my chores all the time... and I somehow have to manage to work and post videos, all while going to school... and I usually have no idea what I'm going to film when I turn on the camera, I'm not surprised that I'm still not rich.

But, I think it is going well! Let's be honest, how many animated digital influencers do you know that are rich?

‍Seriously!?!?! What am I doing wrong then??

What! You're clearly doing something right—Cartoon Network hired you! Congrats on that! What’s it like working with CN?

Thank you, thank you! <3 You know what they say, if you love what you do, it doesn't feel like work.

I feel like I work a lot, but it's cool I have the chance to meet so many other cartoons. I would feel a bit happier if they'd start replying to my messages, returning my calls, and accepting my invitations, but I understand they have other things to do.

Apparently they get offended if you try to break into their home in the evening to invite them on your show. There is something on Cartoon Network called "personal space" which you are supposed to respect, so I am still learning a lot.

What’s a fun fact about Cartoon Network not many people know?

There are a few things people probably don't know. You can't use the parking lot for camping; you're not supposed to sleep during meetings; you can't bring home office materials, costumes, or awards; you have to be on time to record your show; and I heard you can't use the water tank as a swimming pool. Apart from that, I think it's just like any other company.‍

What’s the most difficult part about your work?

Who, or what, inspires you to keep going?

I try to make a difference in the world. It just feels great to see kids smiling when watching me, and I know the responsibility I hold to influence people to behave well. I just want all of us to come together happily and spread love to the world—that's what keeps me going.

I hope this is a good answer, I just googled "inspiring answers". I am sorry, I am very nervous, this is my first international interview, I don't want to say anything wrong, Joe.

With Youtube, I just turn on the camera and start recording. Sometimes I do music videos, Q&As, or guest interviews, but mostly it's something odd about my life. I have people helping me with TikTok—they usually try to get some embarrassing situations that I have recorded, and post there. Luckily, I don't have that many.

My Cartoon Network show is a different thing. They hired me and gave me and my team the freedom to come up with the show we wanted. There's one thing they don't teach you in school: you're supposed to respect something called "budget".

Apparently after buying clothes, games, traveling, and going to fancy restaurants, you have to work with the budget that is left. Even with this small setback, we managed to put on a variety show focused on cartoons and it went reaaaaally well. Did you know our show was the #1 show in Brazil during the premiere? So, I am looking forward to the second season.

My mom is in charge of the money now.

They are actually pretty cool. I invited them to my Youtube channel way before I started working on CN, and we played some games together. At first I thought it could be odd to interact with a bird and a raccoon, but they behave like people. I still find it a bit weird that they were the only guests to come on my show without wearing any clothes.‍

What do you think of virtual influencers Lil Miquela and Lu do Magalu? Do you know them?

I have never met them, but I am glad to see new virtual influencers are getting into social media. I hope they get as popular as me, if they try hard I am sure they can make it.

Honestly speaking, I think they may be more popular already!

What do you mean, they have more followers?

Hmmm... let me start again: Of course I know them, they are pretty cool! I am waiting for them to invite me for a collab, I am pretty sure it will be awesome! Do you have their numbers?

I'll see what I can do. Reflecting, you’ve already come so far in your career... but what do you hope is on the horizon?

There are soooo many things that I still want to do. I wanted a movie, and I'm not even worried about getting an Oscar for best movie now, although it would be cool. It could be the animated award, I suppose. Do you know anyone at the academy?

No? I need better connections... Well, I also feel like it's time to start an English version of my content, I'm just not confident it would have many fans outside Latin America. Would you watch? Can you introduce the channel to 10 friends and ask them to introduce it to 10 friends? Can you give me their numbers?

I can't pay you anything, though.

Launch an English channel, then we'll talk! Your loving audience clearly views you as a role model. In your eyes, what makes someone a great role model?

I think you just have to stay true to yourself. So many influencers get affected by the amount of followers and get addicted to likes, shares, and comments. They started humble, but they changed—they only care about getting more and more views and likes. Look at me for example, I never changed even after getting famous. Since the beginning, I always cared about views and likes, so I kept true to myself.

"I think you just have to stay true to yourself [...] Look at me for example, I never changed even after getting famous. Since the beginning, I always cared about views and likes, so I kept true to myself."

I think that was you, actually... As I was saying, stay true to yourself and never blame others for your own mistakes.‍

Noted. I like to ask my guests this closing question: Who are you, Any Malu?

What? Sorry I wasn't paying attention. Where is this interview being broadcasted?

Oh... Ok. Are we still meeting Dua Lipa after here?

Umm, I could try to set something up?

You need better connections, but I am afraid I can't help you with that. By the way, are you still eating this cake?

We're drinking coffee... may I take that from you? Thank you for your time!

Thanks for having me, Joe.

Check out Any Malu's socials here to follow along with her epic, animated journey!

Who is Virtual Influencer and Singer-Songwriter Kei Wells aka "Dad"? 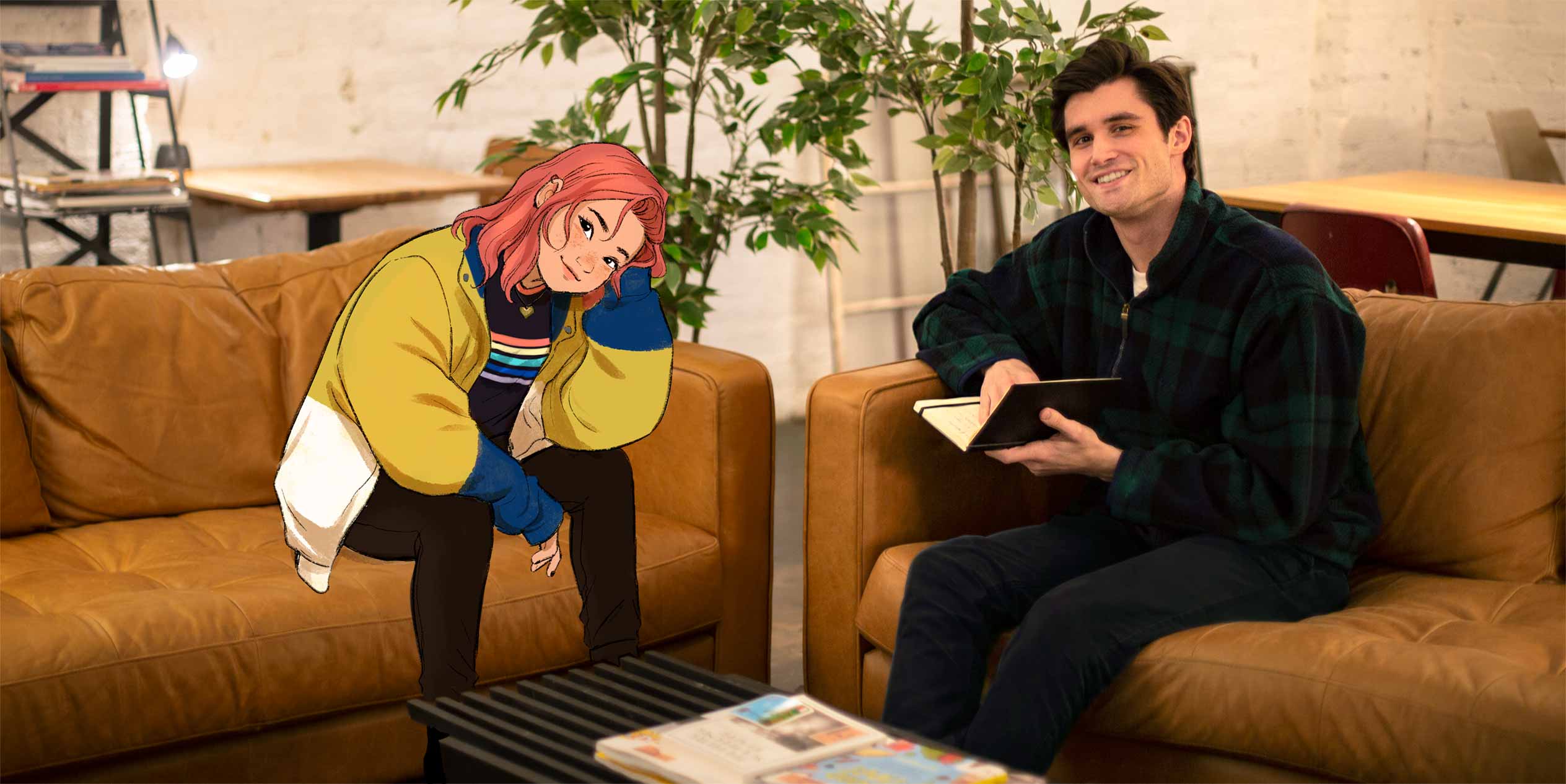 The Importance of APOKI: Virtual Artist, Rabbit, and Trailblazer 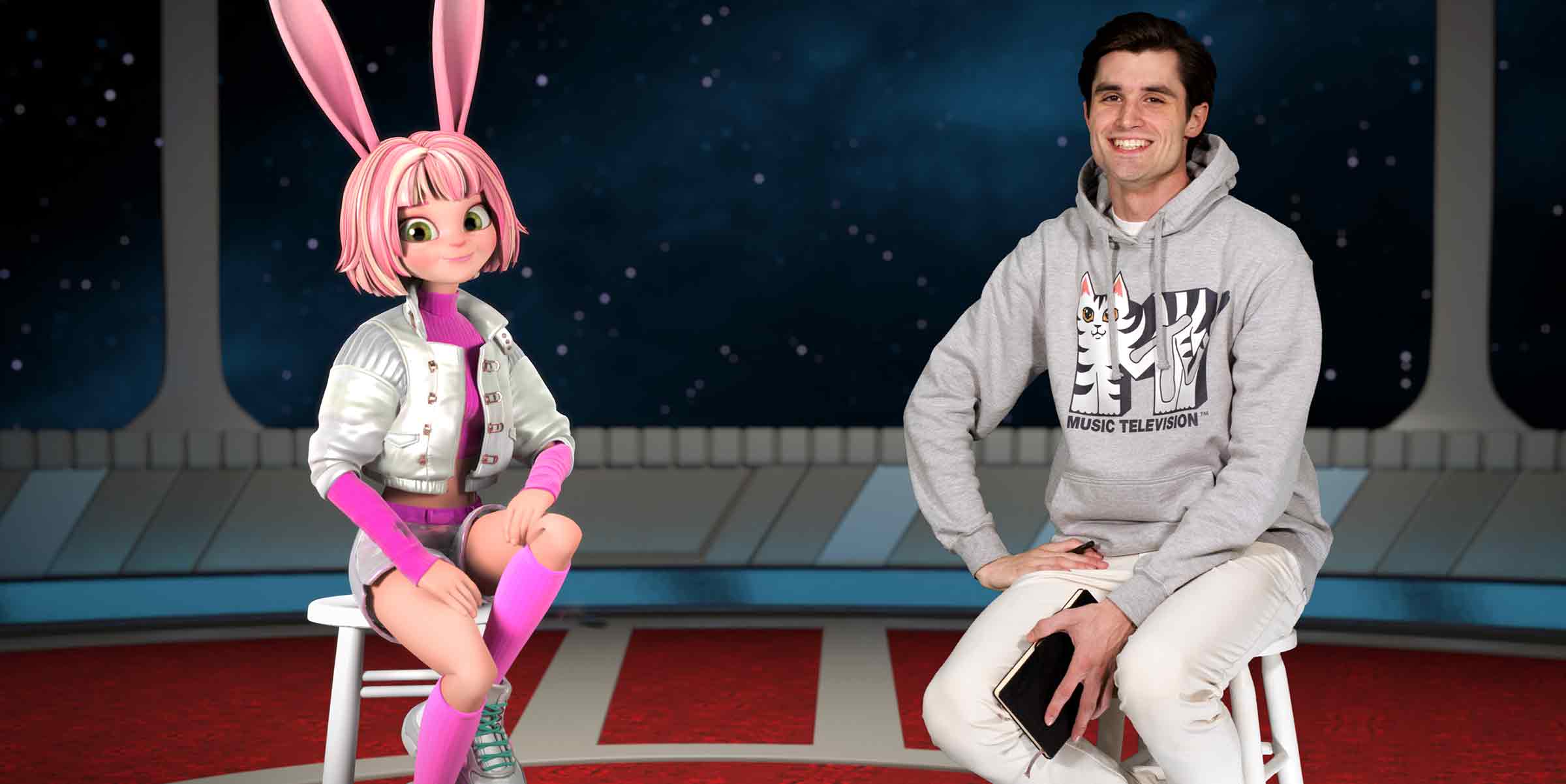 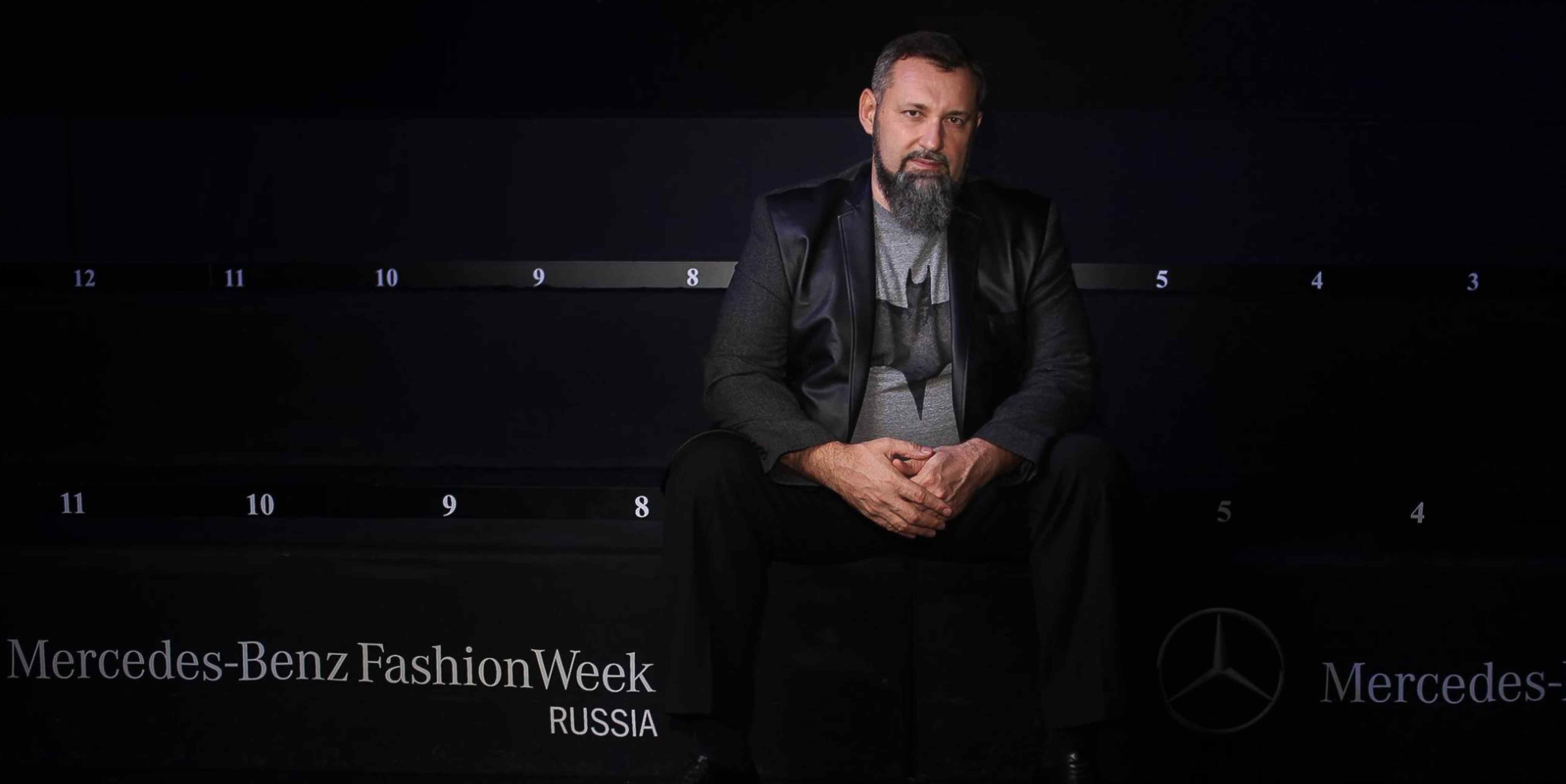