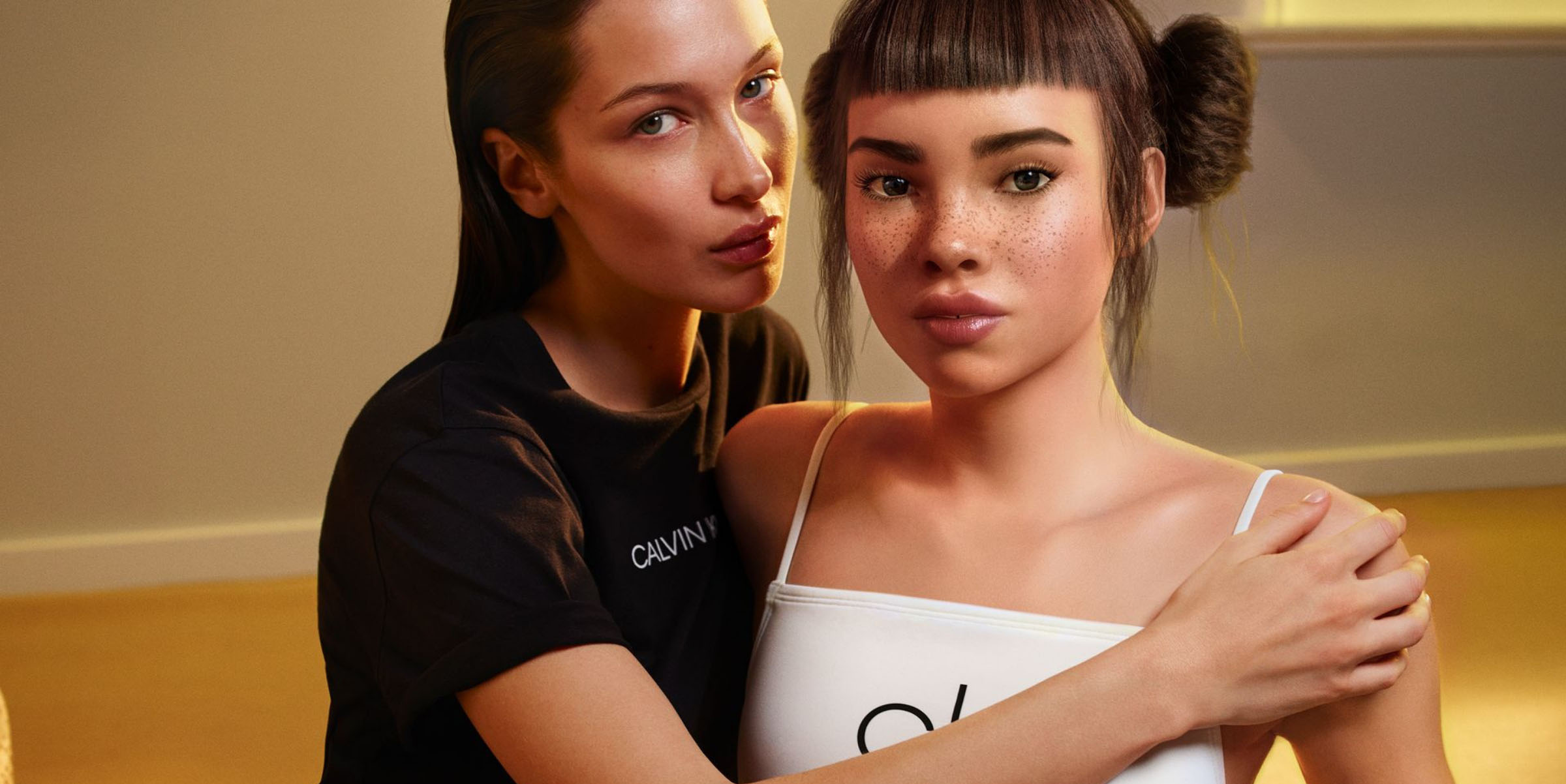 irtual influencers are fantastic commercial chameleons that can transform themselves to represent any brand or product. From selling life insurance, to promoting their new song release, many channels exist for virtual influencers to earn money. Campaigns not only bring profits for brands, they also finance the teams and CGI artists behind the virtual influencer.

Virtual influencers have a three times higher engagement rate than human influencers, making them a lucrative option for brands to sponsor content. They can create sponsored content that encourages fans to engage with the brand.

For instance, virtual influencer Ivaany, the brand ambassador for the beauty brand Kishi Body, had fans participate in a competition to win lip gloss products. Brands are also inviting virtual influencers to collaborate on product designs like when Adidas teamed up with virtual artist Ruby 9100M to create a pair of sneakers.

Another way for virtual influencers to earn significant money is by starring in brand campaigns. With 3 million followers on Instagram alone, Miquela has made it onto several campaigns for brands such as Ugg, Calvin Klein, Prada, Samsung, and so many more.

In 2020, Japanese virtual influencer Imma teamed up with IKEA and moved into a shop window, instantly creating a unique phygital moment. Imma has also starred in campaigns by Porsche, True Telecom, and computer brand Lenovo, for whom she also featured on a giant 3D screen.

The NFT market is emerging as a key method for creatives to earn money or raise funds for their project. Releasing NFTs can also be a vehicle to offer a piece of themselves, or control of their narrative, to fans.

Singaporean virtual influencer Rae dropped her first NFT series, “Take A Byte,” with each NFT embodying Rae’s quirky, curious and edgy personality. Imma’s debut NFT collection, “Kanjo,” also featured her many varying emotions on display. So far, the collection has sold for 5.1ETH or $15,291.48 at the time of sale.

The NFT space is quickly becoming an opportunity for virtual influencers to reinvent themselves and stay relevant. In December 2021, VTuber Kizuna AI announced her indefinite break from her famous YouTube channel, “A.I. Channel,” to create new experiences for fans through NFTs.

Other popular virtual influencer teams, such as Chillpill and Superplastic, have also found success in NFT culture, spreading their IP influence even further while experimenting with new mechanisms of story and brand development (fan-first).

4. Break Into The Music Industry

Entering the music industry allows virtual influencers to express themselves, show new sides to their personalities, and further monetize their image. Virtual influencers can sign record deals, release songs, and even sell tickets to virtual concerts.

In January 2022, LG’s Korean virtual influencer Reah Keem signed a deal with entertainment company MYSTIC STORY, setting herself up to debut as a singer later this year. While virtual influencer Rozy dropped her first single, “Who Am I,” produced by Music Vine, in February.

But streaming rates can go much higher for a virtual influencer. Teflon Sega has 50M+ streams of his music across Spotify, Soundcloud and YouTube. His most-streamed song is “Beretta Lake” with no fewer than 14 million streams on Spotify.

Producing real-life merchandise is also a winning strategy for virtual influencers to earn money and offer something physical to fans.

Animated toddler Qai Qai took physical shape when she starred in Serena Williams’s first children’s book, “The Adventures of Qai Qai.” Created by Invisible Universe, Qai Qai is inspired by the favorite doll of Serena Williams’s daughter. You can also purchase a physical doll version of Qai Qai on Amazon to read her book aloud to.

The funny, absurd-looking virtual influencer duo Noodle and Bun can also be purchased as stuffed animals. Purchasing a physical edition makes the characters feel more tangible and allows fans to bring them and their storyline into their homes.