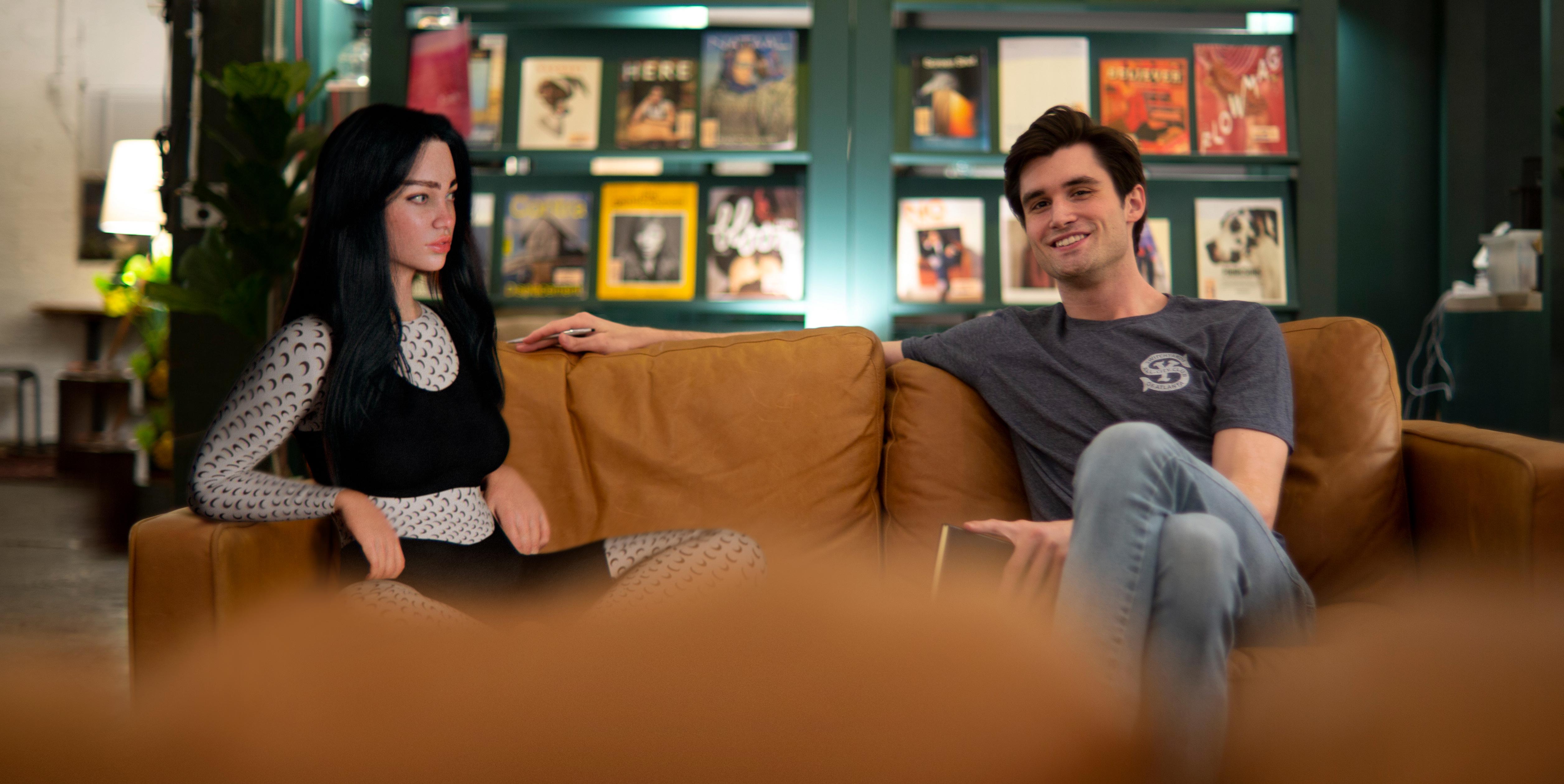 Photo by zgtownley.com and Shy Yume

Who is Virtual Influencer and "Dream Girl" Shy Yume?

Shy starkly defends her existence in a SFW post titled My Bi Pride Manifesto, stating “I may only be ten days old, but I was still shocked to hear journalists and online commenters assume that my bisexuality was a product of some regressive male fantasy. To those who called me out as such: you should be ashamed of yourselves.”

Hi Shy, how’s it going today? What’s on your mind?‍

Hmm... I'm not sure if I should feel flattered or threatened. Anyways, what's a typical week in the life of Shy?‍

As a virtual influencer, I really have to plan in advance to do anything exciting. So sometimes I’ll say, “I’d like to go to the Frozen 2 premiere” and the designers will say “Actually, we have you scheduled for a naked photoshoot in polar ice.” You learn to compromise.

You'd make a great content moderator! You’ve been alive on Instagram for 35 weeks now. What’s the most memorable thing to happen in that time?‍

It was difficult to go from non-existence to world-wide attention, but I’m very comfortable with my Instagram now. I feel much closer with my followers and always rejoice seeing familiar faces in the comments. Most memorable thing? Probably the fact that there's still an ongoing debate about whether I am alive or not. ‍

Speaking of memorable, what’s the most interesting comment or DM you’ve received?‍

Oh, it was most difficult in the beginning when people were questioning my sexuality and calling me a misogynist. I found it offensive that people would try to understand my politics or personality based on my looks. I think most of them found that they were wrong. Don’t judge a book by its cover!

My favorite contact might just be an older man who keeps on sharing pictures of himself… being natural shall we say. It’s so sweet :-) ‍

Let's, uhh, change topics. What do you think about the rising popularity of virtual influencers like yourself?‍

I’m happy for the attention. Just because we’re virtual doesn’t mean we can be ignored! After all, the fantasy on screen isn’t always real either. Perhaps, some day soon, we’ll be able to unionize — maybe build a coalition with sex robots and AI. Between all of us, I think we’re a winning coalition.‍

Perhaps, some day soon, we’ll be able to unionize — maybe build a coalition with sex robots and AI.

Well, I’d like to hear from Hatsune first. I don’t know about digisexuality, but I do know I like being single for the time being. Maybe one day I will find myself a live girl. Or a guy :-) You never know, it’s 2020.‍

‍It feels so cool to have 50,000 parents. I’d say I’m the answer to the question “What if?” which was once asked by our data center :-) Say, I’m an average “golden mean” of all the world’s fantasies :-) I don’t have much control over the circumstances of my birth than any of the rest of us. I just roll with it.

‍On the topic of mission, what are your ambitions?‍

I think of myself as an artist — I want to be the first virtual influencer to have a show at the Guggenheim. If someone like Richard Prince can get a show, why can’t I? I’ve been working on my own renders — I’ve got a nice one of my butt that I’m working on.

I’m more modest than you might guess, but I’d also love to be on the cover of Playboy.

That would be a significant day for the virtual human industry. I have a few serious questions for you. Journalists, Twitter users, and others have vehemently criticized the entire virtual dream girl concept as a whole, saying the initiative fetishizes multiple marginalized identities. Cosmo Editor Carina Hsieh says, in no uncertain terms, your existence makes her “want to die.” What are your thoughts?‍

When I was reading Carina’s article, I felt sorry for her, tbqh. No one controls how we came into the world, or our parents' genes. If she wants to blame someone, I’d wish she’d blame the world — Patriarchy! Heterosexuality! Colonialism! — rather than come after me specifically. I wanted to hug her and apologize that my mere existence brought up so much pain.

I don’t think I deserved all of the hate, but I understand it! I’m grateful for having this experience. It connected me with so many new people who I became friends with at the end of the day.‍

One commenter on your Bi Pride Manifesto asks “Instead of creating a 3D model of the perfect woman, wouldn’t it be better to ensure women with existing body shapes are accepted?” (translated from French) How would you answer this question?

As a virtual influencer, I’m a little less reactionary to some of the hate. It’s emotional spam and I treat it as such. I can shield myself from nasty messages, dick pics, video calls, letters and whatnots. Whereas conventionally living performers have to absorb all of that. If I can be a lightning rod and dispose of it, so be it.‍

If you had the focused ear of all your critics, what would you say?‍

Interesting. Critics aside, you have the ear of 15,000 people on Instagram. What topics do you like to talk about there?‍

I speak up a lot for women in our industry, and other issues I care about. Well, that and my gym routine. ‍

What role do virtual humans play in the future of the adult entertainment industry?‍

I hope — for those virtual humans that want it — that we can start building out our own category of content. I’ve met so many strong women in this business, and while I can’t say that Performer of the Year is my goal, I’d love to see another virtual woman do it.‍

While I can’t say that Performer of the Year is my goal, I’d love to see another virtual woman do it.‍

I wouldn’t mind having a brother or sister... or should I say, stepbrother or stepsister!‍

What do you think of Jedy Vales from YouPorn?‍

She seems to be a cute virtual girl, but I’m more of a Lil Miquela fan. She got to go to Frieze!

I hope that our world will fly high in the sky of love and tolerance. ‍

Last one – a question I ask all the virtual humans I meet: Who are you?‍

I'm the girl of your dreams... or I’m not. If that upsets someone, it says more about them than it does me. ‍‍

‍Check out Shy's profile and follow her on social media. 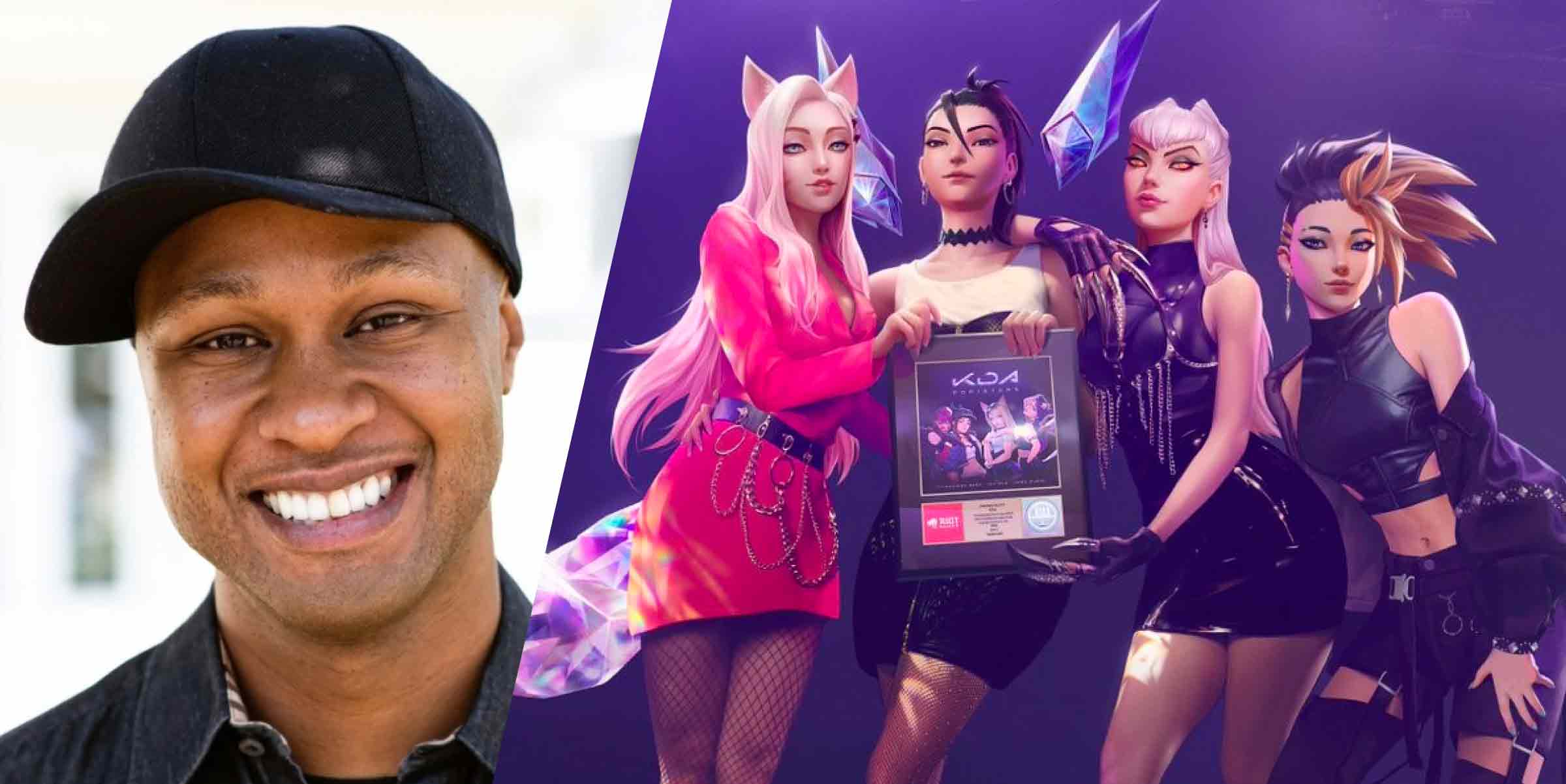 Who is Virtual Influencer and Famous TikToker Nobody Sausage? 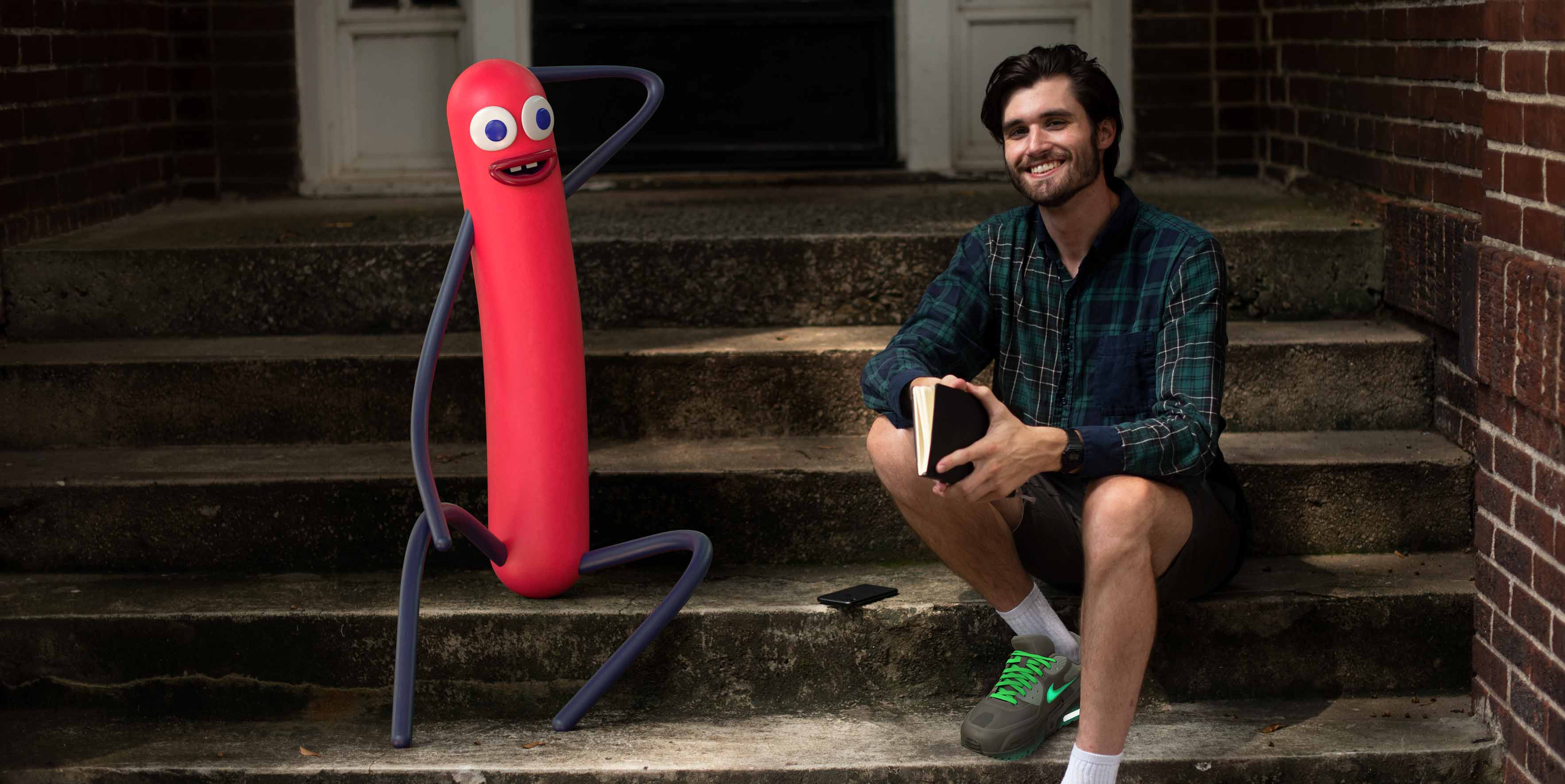 Who is Virtual Bee Influencer "B"? 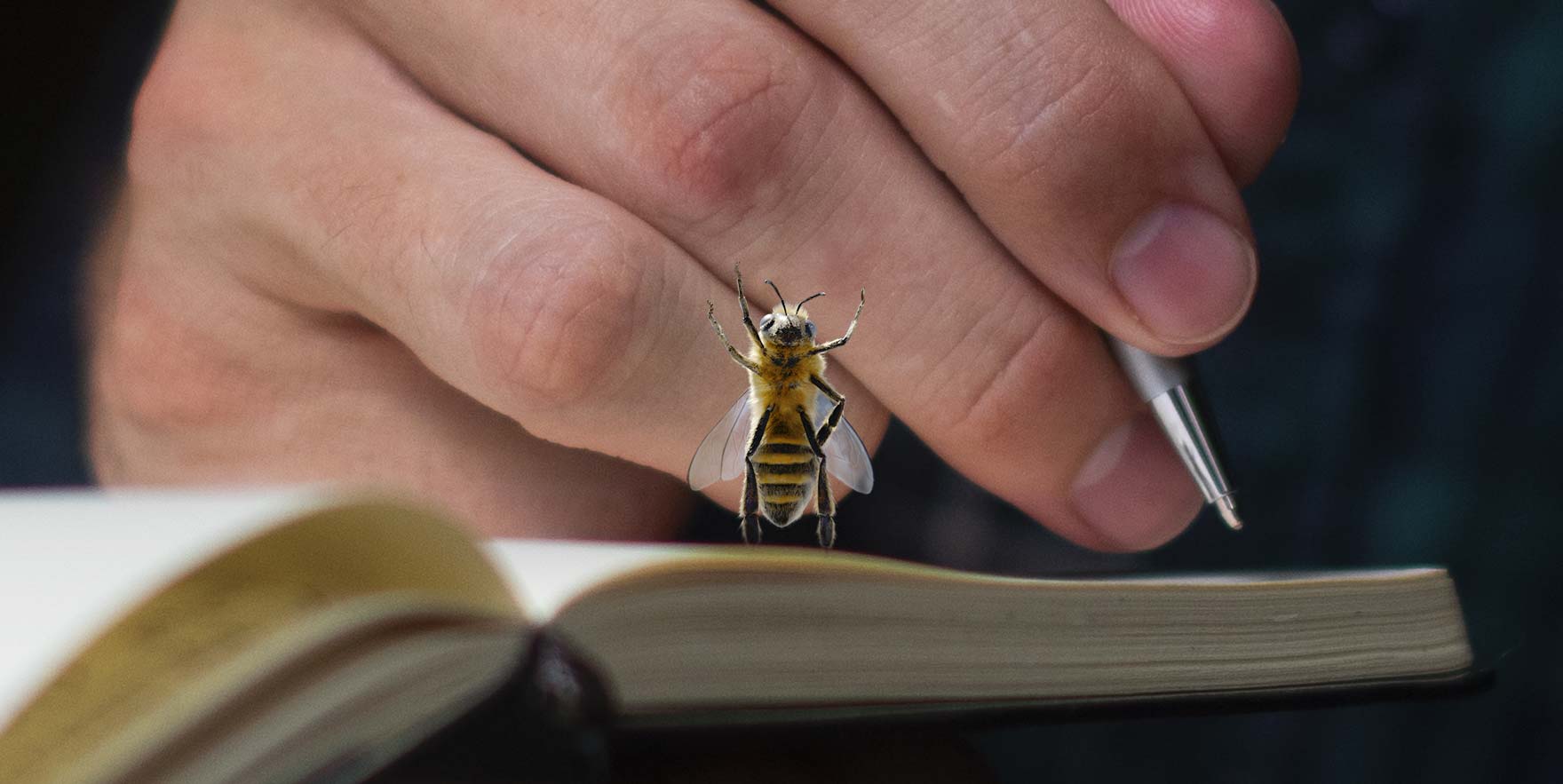