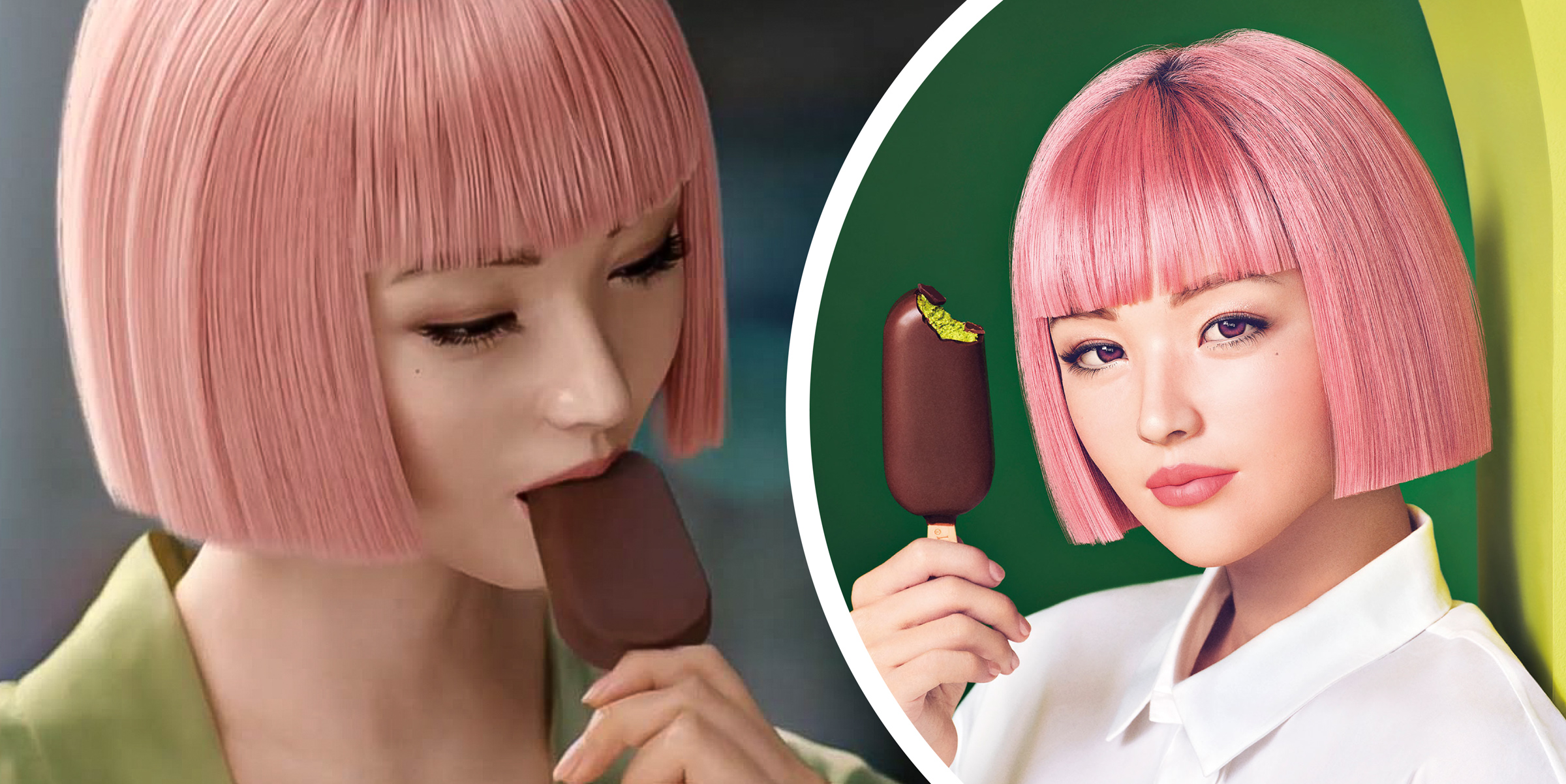 Working with a virtual influencer provides many advantages, from brand safety to a new avenue for innovative storytelling.

We had the opportunity to work in collaboration with HypeAuditor to verify virtual influencer engagement rates in comparison to that of traditional humans globally. Here’s what we found:

As you can see, the potential to engage with fans through synthetic content is real.

We certainly talk a lot about the potential for brands to use virtual influencers, from reviewing their current brand campaigns to envisioning new ones. It’s part of our mission to see it through that brands connect with virtual influencers to bring innovative experiences to fans worldwide.

You may have seen our coverage of famous brands partnering with various virtual influencers... but, what are the actual advantages of working with one? Let’s explore.

1. Innovation in Contrast to the Influencer Landscape

Any time a brand chooses to work with a virtual influencer for a new campaign, it makes headlines and catches attention. Because human influencers do paid brand campaigns all the time, their audiences can tire of oversaturated sponsored content. Virtual influencers offer something new that makes even the most jaded member of Gen Z pause while scrolling through their feed.

Simply put, working with a virtual influencer can be PR gold, even at the base level.

Working with a virtual influencer is inherently new and adds an element of innovation to any brand campaign. It’s a hack to signal your brand as being on top of the latest trends and knowing where the future of digital culture is headed.

‍For example: When Adidas wanted to make a splash with their latest Ozrah style sneaker, they teamed up with the virtual musician and artist RUBY9100M. She designed the custom sneaker and released her highly anticipated debut single “Screaming” alongside the new shoes. It was a win-win for both parties. To learn more about her campaign, you can read our interview with Ruby here.

What does “transmedia” mean? Transmedia storytelling is the technique of telling a single story or story experience across multiple platforms and formats using current digital technologies.

Anyone in advertising is familiar with seeing the same campaign told in multiple ways, whether through a TV commercial, online ad, or on the side of a bus. Think: 360 advertising. Digital transmedia campaigns accomplish a similar goal of telling the same story across multiple formats and platforms online.

The advantage a virtual influencer offers, in this case, is the ability to transition across virtual environments seamlessly. A virtual influencer remains recognizable anywhere, whether on an Instagram post or within a video game.

For Example: Fortnite is known for incorporating celebrities as in-game, playable characters. That’s why fans of the virtual influencer Guggimon were incredibly excited to see their favorite axe-loving rabbit in this massively popular game. The campaign was so successful that Fortnite recently invited Guggimon’s friend Janky to join him.

Players loved to see Ariana Grande become a playable character as well, even though the character didn’t look quite like the real Ariana.
‍

In 2001, Brittney Spears nearly lost her $108 million deal with Pepsi when she was caught by paparazzi drinking a Coke. It’s a tale as old as time: A celebrity gets a paid endorsement deal and then loses it later after a scandal of any scale. Humans are imperfect, yet brands want to believe otherwise.

To that end, suppose a brand decides to create their own in-house virtual. They gain control of a lifelong IP that can span generations and easily build brand familiarity, without much risk at all. (Does this remind you of a particular gecko who sells car insurance?)

For example: In 2009, the Brazilian retail conglomerate Luiza Magazine created the digital character Lu to help showcase their new technology products. More than 10 years later, Lu has become a social media star boasting more than  5 million followers on Instagram alone. You can learn more about Lu’s origins in our article about the rise of the virtual influencer industry in Brazil and in our interview with her.‍

Many fans seek something different than the traditional celebrity or creator content. Virtual influencers use captivating storytelling and designs that invite their fans to “play along” in the illusion they are actually following an AI robot or space alien. For instance, fans who watch Kizuna AI know she isn’t actually artificial intelligence, but that doesn’t stop them from enjoying a video in which she pretends to be one while speaking to Siri.

For example: In 2019, the famous Japanese instant ramen noodle company Nissin partnered with Kizuna AI. They created three new flavors featuring her for the campaign, capitalizing on the rising popularity of VTubers. The new flavors sold out instantly, and Nissin had to suspend production to create more product to satisfy the overwhelming demand.

Start working with them today—or get left behind tomorrow.