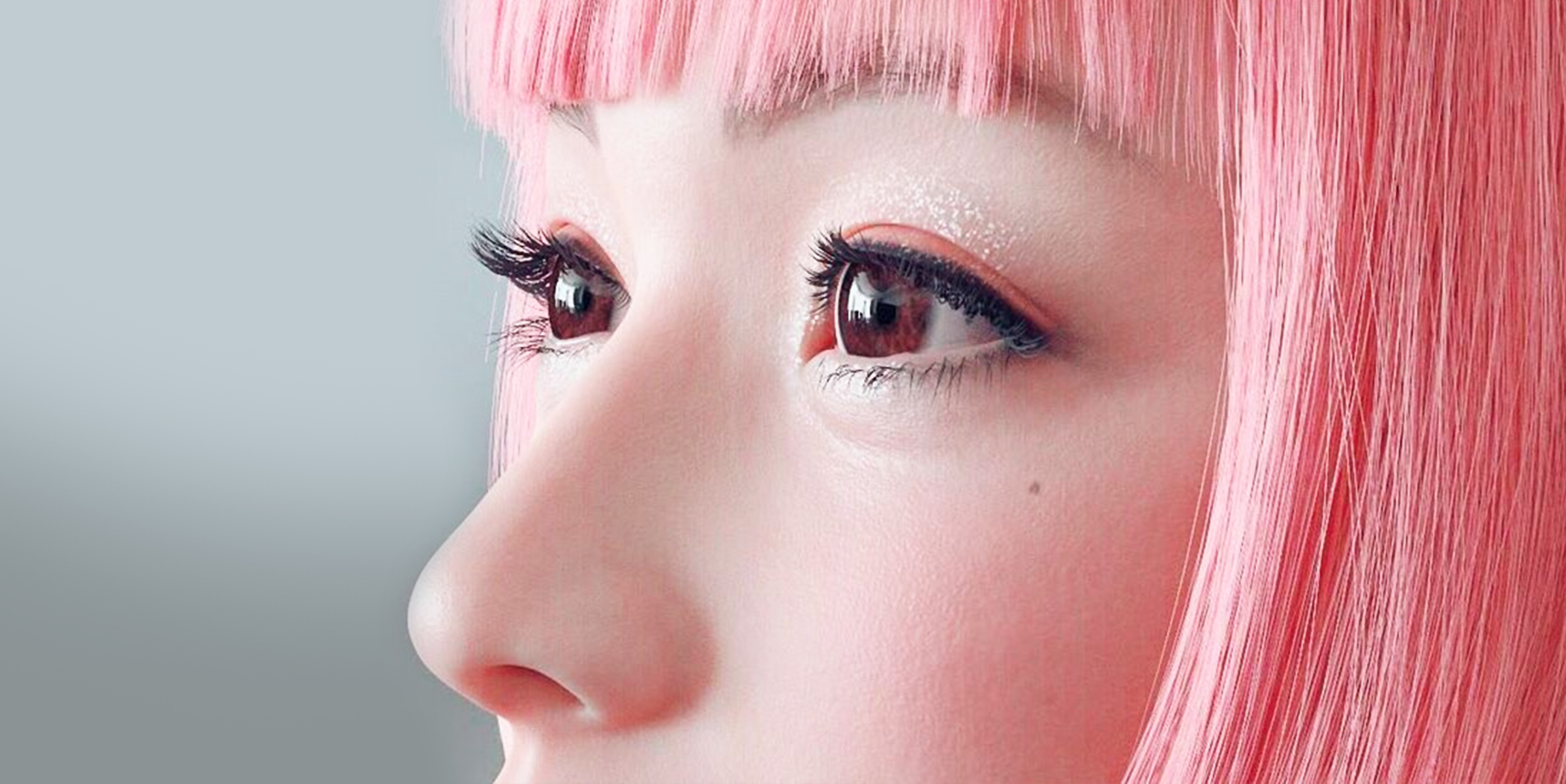 hen imagining a virtual influencer in a branded activation, many may picture them appearing in a sponsored Instagram post. Right? Well, more and more virtual humans are extending their influence to television and commercials each day. They bring not only their massive online followings but their unique character and storylines to a traditional format like television.

The idea of using a virtual spokesperson isn’t entirely novel. Many people can easily recognize the animated GEICO Gecko in his commercials that have aired for over ten years. Not only are they instantly recognizable, but virtual influencers also will never “age out” of their roles as brand ambassadors and can continue their partnerships for years to come.

Virtual influencers bring something new to the table: a unique star quality that only digital beings have. No one expects a virtual human to be in a commercial for ramen or Dior lipstick, but all of these examples below prove that they can hold their own next to human celebrities.

One of the earliest brand collaborations with a virtual influencer was this 2013 Domino’s commercial featuring Hatsune Miku. She’s one of the first virtual pop stars and character mascots for the Vocaloid software, allowing people to use a robotic voice for music production in an innovative, open-sourced way. The ad begins with Scott Oeklers (the former president of Domino’s pizza) explaining the new Domino’s app, which features exclusive Hatsune Miku content.

The campaign was ahead of its time and used cutting-edge technology to showcase a virtual influencer in a different visual format. Users could download the app and point their camera at the pizza box to activate an AR concert, similar to the Snapchat interactive filter ads we see today. Truly, they were ahead of their time. Domino’s was able to entice Miku’s dedicated fans into using the app and ordering pizza to see their favorite pop star dance in their living room or right there on the dining room table.

The commercial first aired in Japan but immediately went viral online, especially among Western Vocaloid fans who loved to see an American brand use a Japanese pop star. Everything from the fast-paced cuttings to zooming in on Domino’s CEO as he awkwardly explains Hatsune Miku was comedic gold to YouTube audiences. The official commercial was deleted from Domino’s YouTube channel when Scott stepped down as CEO. However, fans still fondly remember the original video, even as Miku has done countless other brand promotions.

Miquela Sousa is one of the highest-paid virtual influencers in the world, with numerous advertising campaigns under her digitally rendered belt. She has modeled for Calvin Klein, UGG, Prada, and more. While she may be an established fashion icon, her paid sponsorship for Samsung’s #TeamGalaxy stands out as our favorite Miquela commercial.

It’s very fitting to showcase Miquela, a self-described robot, alongside advanced technology such as a new Samsung phone. In this commercial, Miquela appears in the #TeamGalaxy campaign as the only robot influencer among human celebrities, such as Steve Aoki and Millie Bobby Brown. Including a virtual influencer in the commercial adds a new element of futurism that elevates the Samsung brand as an innovator of both culture and technology.

Miquela and Samsung have had a long and fruitful business relationship as she has sponsored many of their new products, such as the Galaxy Z Flip and the GalaxyS10 phone. She affectionately refers to her cellphone as Samuel Phonington III and plays on inside jokes with her fans who call her a “toaster” (in the most loving way.) Like any true professional brand ambassador, Miquela only uses a Samsung phone on her popular Instagram account.

Imma is a Japanese virtual influencer who documents her life in Tokyo alongside her adorable dog Einstein. The signature bubblegum pink bob-style haircut makes her instantly recognizable, in turn making Imma an excellent choice for commercials. Although Imma has starred in many commercials for Amazon, Soda Water, and even Magnum ice cream bars, our favorite is her major campaign for IKEA Japan.

This commercial was part of a more extensive campaign where Imma moved into a storefront room at the IKEA Harajuku store. Passerbys could walk up and observe her living her everyday life: cleaning, cooking, and taking photos of her dog. IKEA used a clever combination of glass panes and laser projections to simulate Imma inside the room (similar to the technology used in Hatsune Miku’s live concerts.)

The commercial is a great example of a creative idea that virtual influencers can only execute, such as our friend Imma. It shows a virtual being stepping into the real world while still relating to humans as she speaks about making her home comfortable and aesthetically pleasing during COVID-19.

Noonoouri is a virtual influencer and model who advocates for cruelty-free and sustainable fashion. Her cartoonish appearance and large doe eyes are reminiscent of Betty Boop in the 21st century.

In this 2018 ad, Dior pays tribute to their iconic “Rouge” campaign that previously featured Natalie Portman. The commercial features Noonoouri in the same oversized red sweater that Portman wore and recreates many of the same shots from the original. However, instead of a celebrity spokesperson, virtual influencer Noonoouri is featured.

There is a unique appeal to watching a virtual human-like Noonoouri dance around and apply Dior lipstick to her perfectly animated mouth. While the original featuring Portman is pretty, it’s very ordinary for a fashion commercial. Using a virtual influencer adds an unexpected element that keeps viewers on their toes and tuned in for more. ‍

Kizuna AI is not your typical virtual influencer. She’s the world’s first VTuber: a virtual YouTuber who uses a 2D avatar while live streaming to her fans across the globe. In 2018, Japan made her the national ambassador for tourism to capitalize on her global audience.

In this commercial, Kizuna represents the Japanese ramen company Nissin. It’s hard to overstate the importance of a campaign with such an iconic brand name within Japan. The juxtaposition of Kizuna’s hologram walking alongside ancient miso barrels makes for fantastic imagery.

Thanks to the Kizuna AI commercial, the special miso-flavored noodles sold out instantly, and Nissin had to suspend production so they could procure more ingredients. Nissin’s increased ramen sales are a testament to Kizuna’s powerful fan base, who bought up stock to support their favorite VTuber.