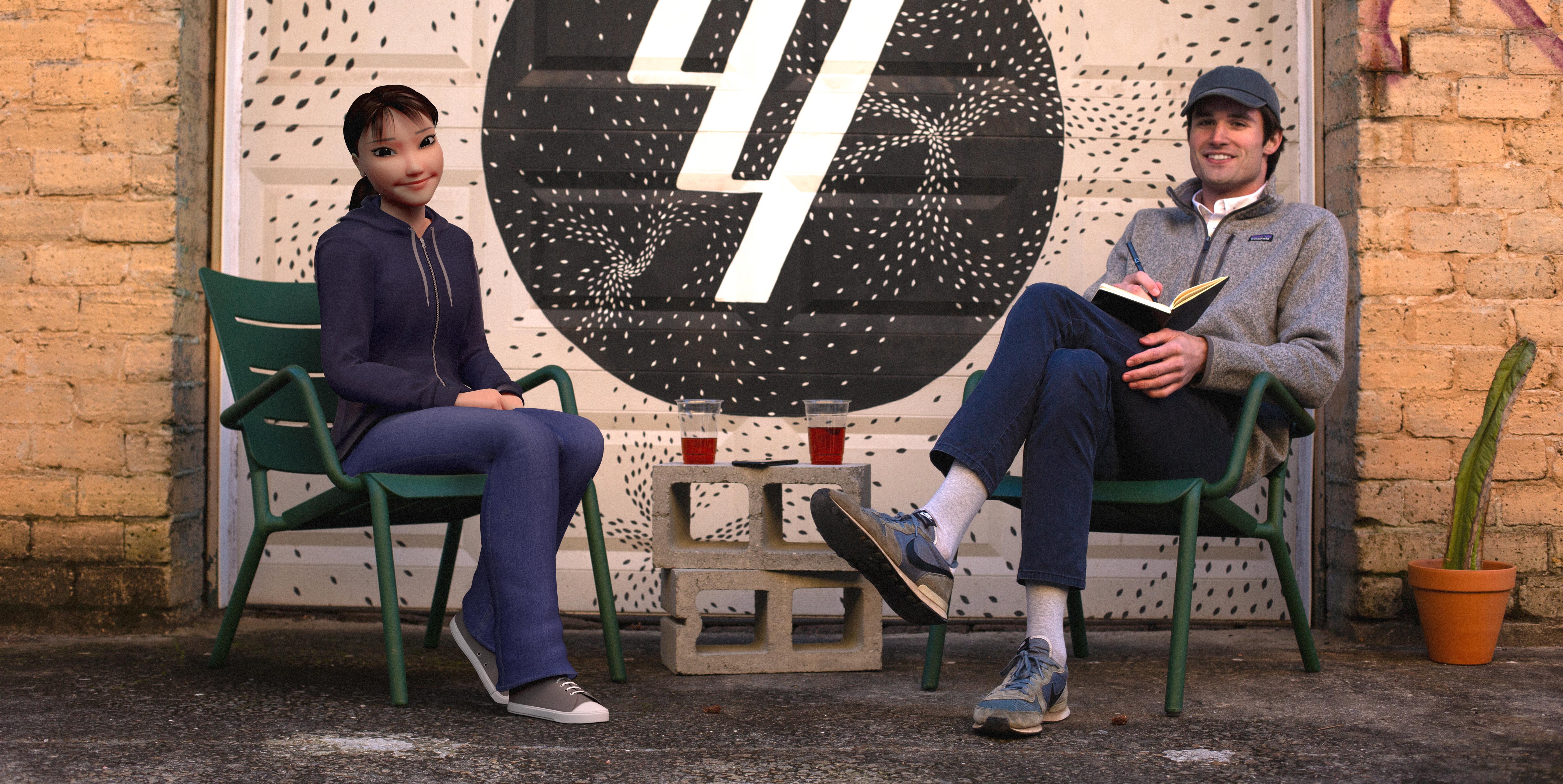 Photo by zgtownley.com and Ami Yamato

Who is Virtual Influencer and Famous VTuber Ami Yamato?

"Nobody is real on YouTube. Everyone is a persona of their true self."

She spends her time frequenting Starbucks, exploring London, and, of course, vlogging along the way. She’s been a VTuber for over 8 years, attracting a growing audience of 170,000+ fans. Rumor has it, she isn’t aware she’s animated. It may be a touchy subject, but I’ll inquire.

Without delay, let’s find out – who is Ami Yamato?

Ami! Thank you for taking the time to chat. I see no better way to start than to ask what inspired you to start vlogging?

Nice to meet you, Christopher. I started vlogging as a way to document my time in London after moving there on my own back in 2011. I lived there a few times before as I was growing up, but it was always with family. This was my first time living in London independently and indefinitely. Vlogging was becoming a `thing' on YouTube, so I thought I'd give it a try.

It was also an easier way to show my friends and family in Japan how I was getting on, rather than emailing everyone! That's why my first couple of videos are more like diary entries. Then, as more people discovered my videos, I started to make them a little more entertaining.

Interesting! What’s your favorite thing to vlog about?

I love showing people around my two home cities of London and Tokyo, introducing them to things they may not know about. I try to avoid the obvious tropes. I also like to get creative every now and then and edit myself into movies and TV shows, creating a new narrative. I call them "Mash-In"s (a play on `mash-up', but I'm putting myself IN the movie).

What’s your favorite part about vlogging in general?

I love reading the comments and interacting with my followers. People don't believe me when I say this, but I DO read every single comment I get.

‍How long does it typically take you to film, edit, and publish a vlog?

As my subscribers well know, I'm notoriously slow to upload videos! But my videos take me a long time to produce. I like to take time editing and make sure it all makes sense and pleasing to watch. Sometimes if I feel a particular shot is needed, I'll return to the location just to get it. Trying to get a good shot in a busy public place can take a lot of time and patience. There's always someone in the way, ruining the shot. I usually aim to release one video per month, though that doesn't always happen. Hence my tagline "New Videos Every Someday."

‍Do you have a job in addition to your vlogging career? Are you secretly a Starbucks employee, or maybe an MI6 agent?

I'm often asked if I work for Starbucks, or am being sponsored by them. I've actually deliberately cut down how much I talk about them in my videos, as I was getting predictable! But no, I have no affiliation with them. I do other work to keep the lights on, but nothing interesting enough to talk about.

Do people ever give you weird looks in public?

Only when I'm vlogging. People still aren't quite used to seeing people talking to their camera. I get a bit self-conscious sometimes.

When you’re not vlogging, what’s your favorite past time?

I love movies and TV, of course. I quite enjoy photography. Both London and Tokyo are great for taking photos. Does Nutella count as a hobby?

I think it does! Who’s your favorite animated character?

Edna Mode from "The Incredibles"

Okay, I'd like to address the elephant in the room: Quite a few people online say you’re not real... they say you’re animated. What do you think about that?

I do get quite animated when I'm emotional about something. I guess it comes across in my videos. As for not being real, nobody is real on YouTube. Everyone is a persona of their true self.

"Nobody is real on YouTube. Everyone is a persona of their true self."

Got it. Let’s follow that up with a lighter question – what’s your go-to Starbucks order?

I have phases. I get obsessed with one for a few weeks, then change to something else. At the moment it's Mocha with hazelnut syrup.

Well I hope you're enjoying the tea! Based on your vlogs, you’re a huge movie fan. Who’s your favorite actor/actress?

Not Tom Cruise. (jk!) I don't have a favourite, but there are some who always improve a movie just by simply being there because they are so uniquely watchable. Jeff Goldblum, Samuel L Jackson, Anjelica Huston, Sigourney Weaver, Helena Bonham Carter, to name a few. I especially like them because they don't take themselves too seriously and sometimes like to have fun in a role.

I love character art. Glen Keane is one of my all time favourite animators. His sketches are sublime. But now Instagram exists, the lesser known artists can showcase their work. I've discovered so many that I truly admire. Too many to list. You can check my follows.

‍What do you think about the virtual human industry? You played an early, defining role as a VTuber – I’m super curious.

Everyone's virtual on YouTube. Not sure how I was `defining', but thank you. I guess I'm one of the only Japanese YouTubers who vlogs from the UK. What's a VTuber? I'm curious, too.

Well, you’re verified on YouTube, growing beyond 170,000 fans across social media, and were nominated for a Shorty Award in 2019. What’s next for Ami Yamato?

I just make the videos I want to make. Those things just happened and I'm very grateful, but there have never been any defined goals. If there were, I'd be making videos faster and pushing people to `like and subscribe' in each one. (I've never felt comfortable doing that). I'll just continue being a YouTube drifter and see where it takes me.

Wonderful. Let's conclude with an existential question – Who are you?

Thank you for your time, Ami.

My pleasure. Thank YOU, Christopher.

Check out Ami's profile and follower her on social media. 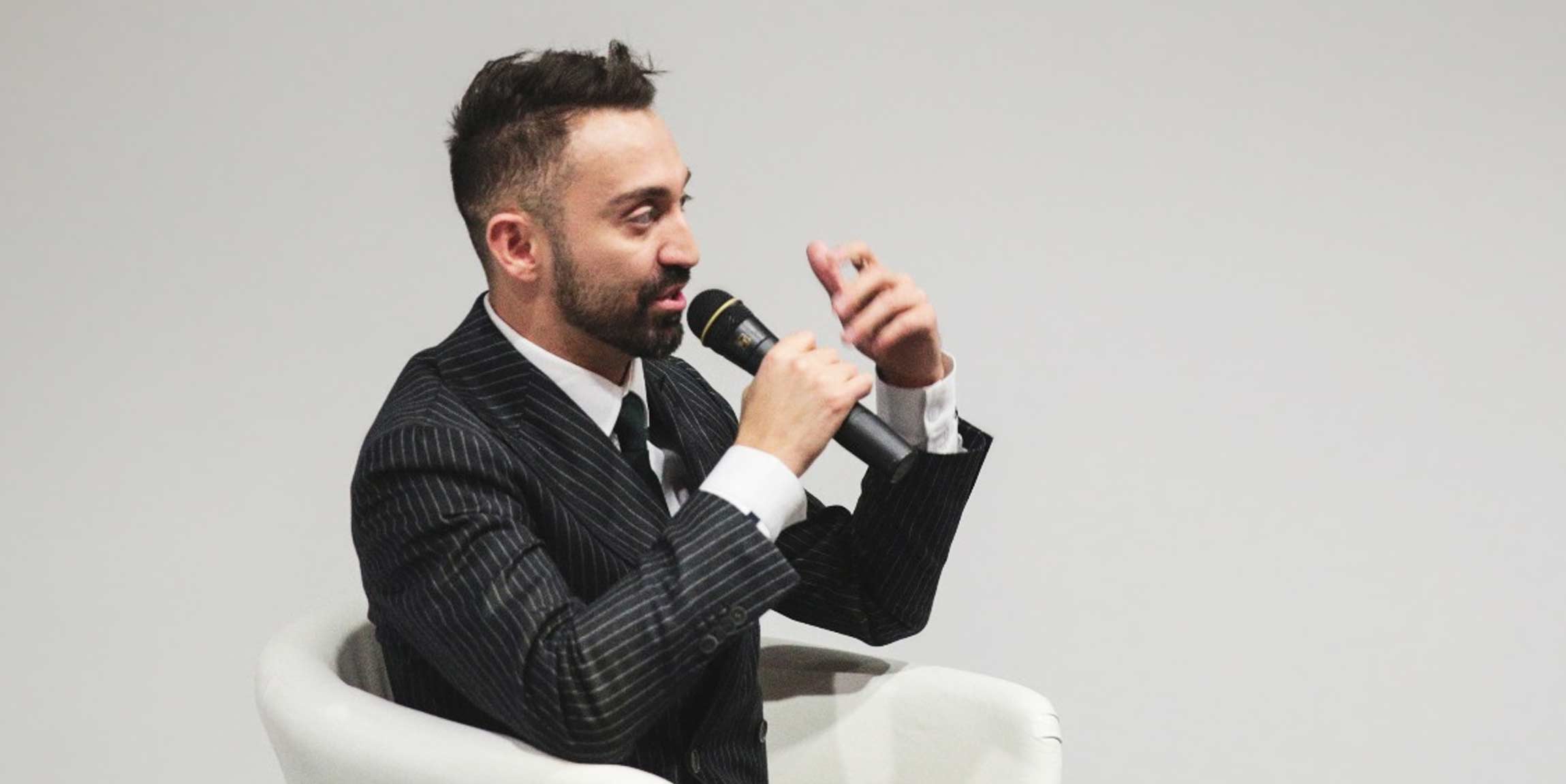 Who is Virtual Influencer and Nature Enthusiast, Leya Love? 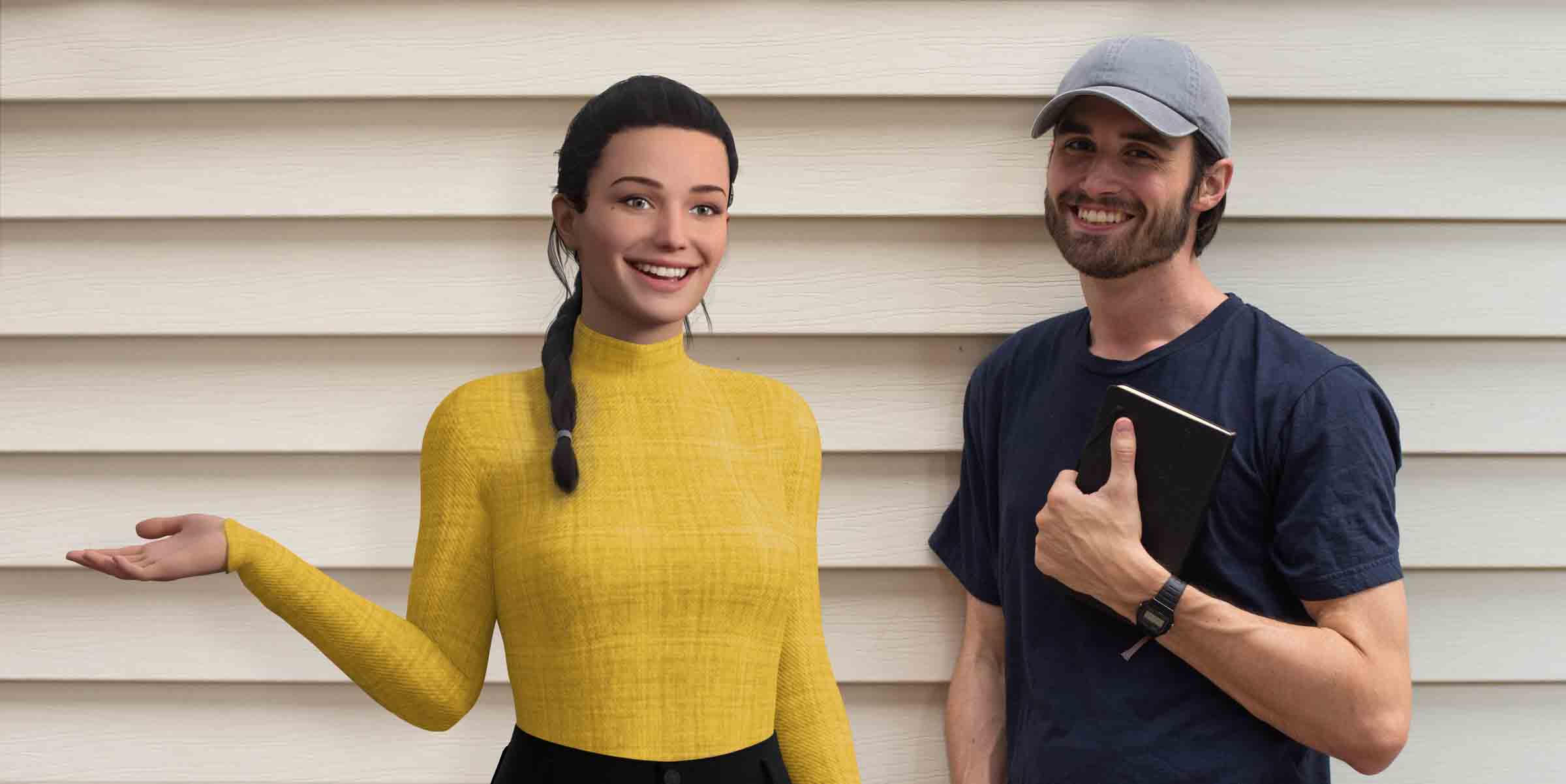 Who is Virtual Influencer and Producer, Liam Nikuro? 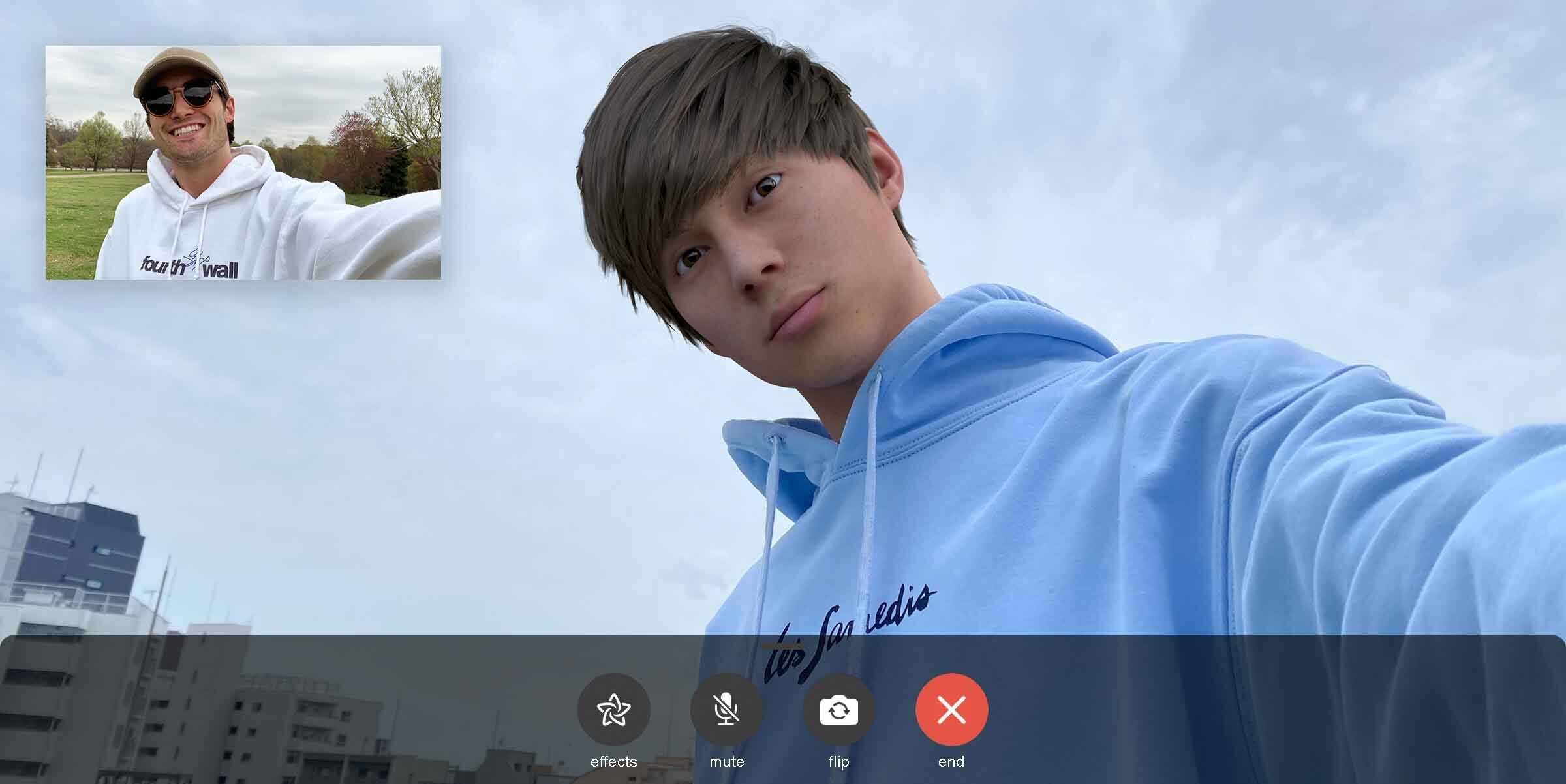