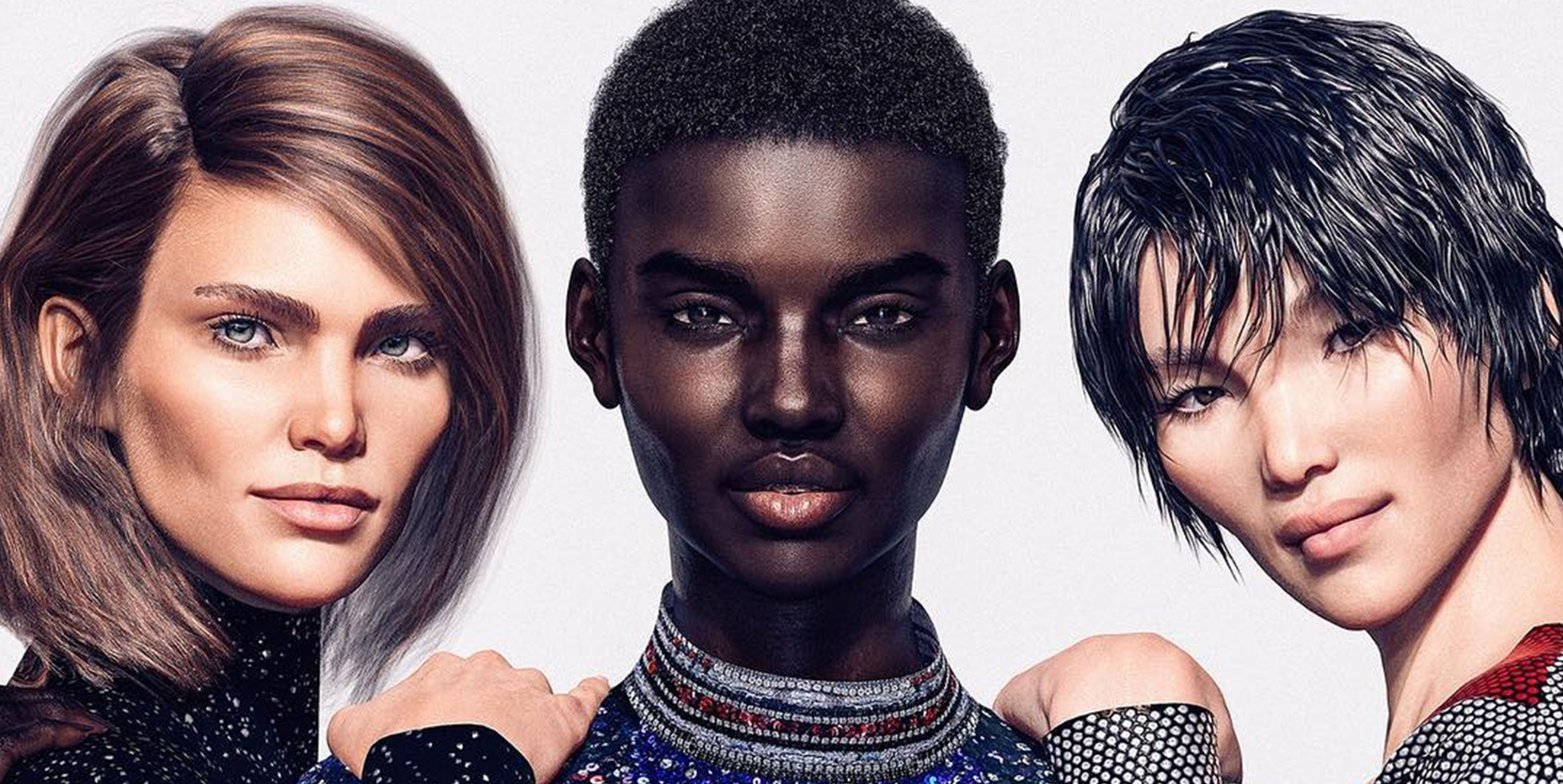 Virtual influencers are valuable. In her first five years of life, Hatsune Miku earned $120MM in total revenue through releasing music, merchandise, hologram concerts, and a collection of open-source, sharable media all along the way. The company behind Lil Miquela, transmedia studio “Brud” creating character-driven story worlds, earned a $125MM valuation within three years of launch in pursuit of similar ambitions. Nearly every emerging startup in this space has successfully raised well-justified capital to create, apply, and grow virtual humans into real world, revenue-generating utilities.

Brands, creators, and investors alike are unified in their belief in this industry. From Samsung to KFC to Vogue, all the way to fashion brands such as Balmain, Louis Vuitton, Tommy Hilfiger, Marc Jacobs, and more, virtual influencers are valuable centerpieces to any brand’s growth strategy. Virtual influencers are the new media world order, digging deeper into public consciousness with every post.

Now, for your inspiration, here are a few top examples of successful brand + virtual influencer partnerships:

The utilization of virtual models in the Balmain campaign evoked a wide range of reactions from consumers and journalists. Most were drawn in by the artistry involved in creating an ultra-realistic, virtual human fitted in high-fashion clothing, while others showed extreme aversion to humans being “replaced” or “put out of work” by these new, virtual humans. On another front, the decision to craft Shudu as a black woman has been praised by some as advocating for inclusion of black beauty and diversity in fashion, while others argue job opportunities are being taken away from human models of color.

Spokespeople from Balmain, as well as CGI artist Cameron-James Wilson, insist campaigns such as these are meant to create a new realm within the modeling industry and showcase a different kind of art rather than compete with, or phase out, human models.

Like Shudu, Noonoouri was designed to be a star of the high fashion world. She’s worked with Kim Kardashian, Tommy Hilfiger, Balenciaga, and even Vogue China in multiple cover shoots, among others. No one is confused if this big-eyed, cartoon-like character is a real person or not – she’s a virtual human, and she looks it.

Noonoouri is a living example of the intentionality through which some virtual influencers are created. Her designer, Joerg Zuber, has a life purpose in mind spanning beyond simple collaborations with sought-after fashion brands. He not only hopes to create a following behind Noonoouri, but to create a platform promoting social justice issues close to his heart, such as animal cruelty and feminism. Noonoouri has the ear of fashion consumers, brands, and elite, making her an excellent vehicle to successfully promote such causes, branded or not.

Knox Frost is a virtual influencer with a history of promoting health and wellness, particularly on the topic of mental health. As younger generations show slow adoption and, sometimes, total disregard for social distancing recommendations amid COVID-19, the World Health Organization took note of an opportunity to reach these younger audiences through official partnership with a virtual influencer. Virtual influencer audiences such as Knox Frost's trend far younger on average than human influencers.

The standout pro to the Knox Frost + WHO partnership is the PR wave it brought WHO. The partnership was featured by AdAge, AdWeek, Mashable, BuzzFeed News, Insider, DAZED, MediaPost, and more. After the right virtual influencer partnership, PR benefits are how your brand wins in the second half, as WHO successfully demonstrated.

For their global #TeamGalaxy campaign, Samsung recruited virtual influencer, singer, and activist Lil Miquela to perfectly embody the campaign’s tagline, “Do What You Can’t”. Miquela’s very existence is a testament to the creative depths technology enables us to reach. Even her rapid rise to 1M+ Instagram followers in a few, short years since her creation validates the possibility that anyone, through technology, can do what they previously thought impossible.

This successful partnership with virtual influencer Miquela enhanced the Samsung brand image by showing total cognizance of technological trends and intelligent pairing of the campaign's techy messaging to the right influencer for the job. One can imagine why Samsung continues to maintain this fruitful, innovative partnership for over a year now.

Superplastic.com characters Guggimon and Janky prove job opportunities for virtual influencers don’t end at ‘Brand Ambassador’ or ‘Fashion Model’: they also make great hype men. Just last month, world famous DJ and producer Steve Aoki tapped the pair to be his official hype stars during his Color of Noise tour. In an Instagram post featuring the trio, Aoki also announced a toy collaboration with Superplastic, whom the pair probably calls “Daddy” based on the nature of their content and captions.

The partnership has many layers with players benefitting on all sides. Janky and Guggi’s stage appearance will promote their personal brand recognition, increase their social authority, and drive follower growth. The toy licensing partnership between parent company Superplastic and Steve Aoki will drive revenues to both parties, bringing the Aoki brand to fans' bedside tables in the form of a Superplastic toy. Lastly, Aoki gains heavily on the innovation and PR front for employing two virtual influencers to join him on stage and in his social media posts. In all, the partnership is a huge win all around. Rather unfortunately, due to Coronavirus, the Color of Noise tour was ultimately cancelled. In theory, the partnership had potential to be a huge success. Here’s hoping it still proliferates one day.

The virtual influencer industry continues to grow as more and more brands pour dollars into these valuable, virtual partnerships. If you have questions about how to work with or create a virtual influencer, you can contact me here.