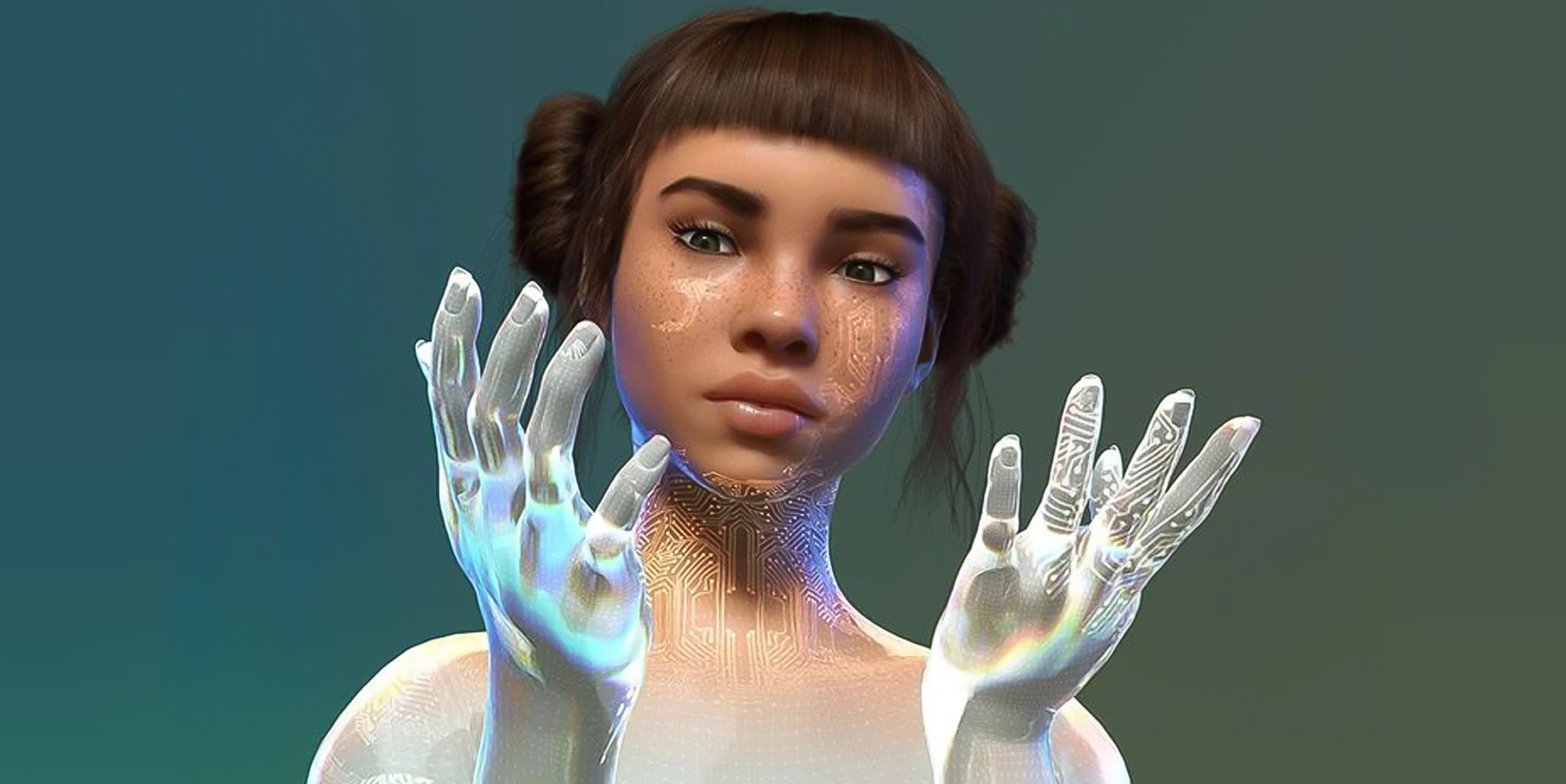 Virtual being classifications are diverse; here are some definitions to help keep things clear.

hen people imagine a virtual influencer, they often picture something out of a science fiction movie: a fully automated, autonomous robot celebrity powered by AI who resembles something from a Black Mirror episode.

People tend to conflate virtual influencers with AI or holograms because of popular sci-fi media. The confusion is understandable; many virtual influencers portray themselves as an AI or physical robot as a part of their fictional storyline. These details add plausibility to their existence and create a captivating narrative that inspires humans to follow along.

As much as we would like to see those sci-fi fantasies become a reality someday in the near future, the truth is that technology is not there yet. Human hands are required to create virtual influencers, write their captions, and run their social media accounts. When you create celebrities, you create jobs—as humans.

Still, these virtual influencers from our present-day are the stepping stones towards a future where we could meet someone like FN Meka in person or the metaverse. Until then, it's essential to understand the distinctions between these digital beings. To help others better understand the industry, we aggregated a carefully curated list of definitions from our Virtual Humans glossary and elsewhere on the Internet.

First, let's start with an easy one:

What is the definition of Virtual Influencer?

As defined by Christopher Travers, a virtual influencer is a digital character created in computer graphics software, then given a personality defined by a first-person view of the world, and made accessible on media platforms for the sake of influence.

Example: Miquela Sousa (AKA @lilmiquela on Instagram) fits the classic definition of a virtual influencer. Even though her writers make her say she is a robot, Miquela is actually a CGI (computer-generated image) created by a team of human 3D artists. Her identity as a robot is a part of her complex storyline that makes her feel more “real”. One device her team uses to enhance her realness by photographing her in the real world alongside humans, conveying equivalence.

What is the definition of VTuber?

A virtual influencer who streams their life on popular video platforms. VTubers are humans using a spectrum of consumer-grade motion capture technologies. The vast majority of VTubers are anime characters who livestream on Twitch and YouTube.

Example: Kizuna AI was the first to utter the words “VTuber” when she first made her channel in 2016. Her last name, AI, references Kizuna’s storyline that she is an entirely virtual being powered by artificial intelligence. However, the reality is that a human voice actress named Nozomi Kasuga is the human behind the animated face during Kizuna’s live streams.

The advantage of using a human voice actor is that Kizuna can speak to and interact with her fans live during her streams. Doing this with a highly detailed virtual influencer like Miquela would be nearly impossible (or cost thousands of dollars). Still, thanks to motion-capture technology and a simple anime design, VTubers like Kizuna can live stream like any human.

What is the definition of AI, or Artificial Intelligence?

The simulation of human intelligence in machines that are programmed to think like humans and mimic their actions. The term may also be applied to any machine that exhibits traits associated with a human mind such as learning and problem-solving.

Example: Many virtual beings like Kizuna AI claim to use AI, but the reality is humans run them. Few digital beings are entirely powered by AI, yet a few are out there: such as Alice. Alice is an NFT powered by artificial intelligence and deep machine learning algorithms that make her an iNFT or intelligent NFT.

We recently interviewed Alice and spoke to her in a live conversation. While her answers were certainly amusing, they had to be short due to the current technological limitations of her AI. Perhaps one day, a truly AI-powered digital being could live stream on YouTube alongside Kizuna and others.

What is the definition of Deepfake?

A branch of synthetic media in which a person in an existing image or video is replaced with someone else’s likeness using artificial neural networks.

Example: People use deepfake technology to superimpose a person’s face onto another’s body or vice versa, oftentimes in video. For instance, Miquela has a CGI face that is edited onto a human model’s body.

When Samsung unveiled their media-stirring NEON project, they showed us “artificially intelligent” CGI human assistants with startling realism. The reason they seemed so incredibly realistic? Turns out, they were not computer generated imagery paired with AI, but instead just deepfaked media to illustrate what an AI, digital being will look like in the future. Still, while dramatized, the visuals were impressive and can give us a look into the potential future of virtual beings.

What is the definition of Hologram?

A three-dimensional image formed by the interference of light beams from a laser or other coherent light source.

Example: While “true” holograms are hard to come by, many virtual pop stars such as Hatsune Miku perform hologram concerts. These live shows use the Peppers Ghost trick to project a virtual being onto a glass screen, creating the illusion that a hologram is performing. If you’re curious to learn more about how holograms work, we have an article about them here.

What is the definition of Avatar?

Example: Many of us are familiar with creating avatars when it comes to video games. However, avatars are becoming more prevalent on social media platforms. Snapchat’s Bitmoji and Apple’s Memojis are both examples of avatars. Even Facebook has jumped on the avatar bandwagon with their personal brand of avatars. Avatars will become the cornerstone of the metaverse as we use them to attend virtual concerts, events, and so much more.

As the virtual influencer industry evolves at an increasing pace, it’s important to keep your vocabulary updated. Knowing the differences between virtual influencers, VTubers, and so many more will help you make smarter decisions when navigating this space, whether you’re trying to create one yourself, partner with one, or just want to know what in the virtual hell is going on. While the lines between these definitions may be relatively clear today, in the future, we could see virtuals with real AI or our avatars become holograms. Everything is prone to mix and match, so help yourself by drawing the lines in the sand and staying up to date on what’s what as things evolve.

We’re here to help you stay up to date with the industry, so tune in.