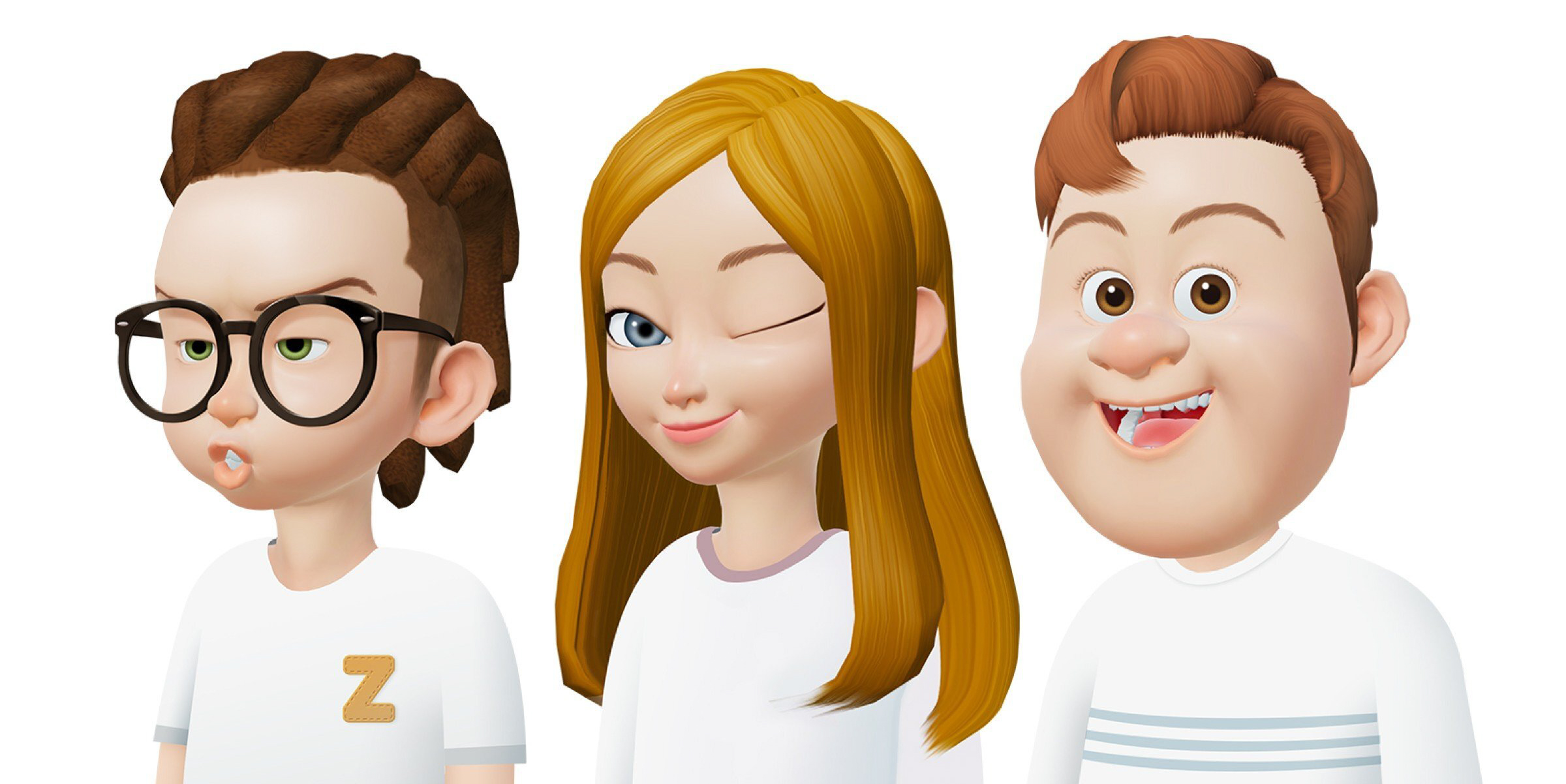 How Avatars Transformed the Internet

We see virtual influencers as digital beings, but what about ourselves?

e live in the age of the avatar. Creating a digital persona is no longer confined to the walls of a video game. From Snapchat’s Bitmoji to Apple’s Memoji and more, most major social platforms (including Facebook) give users the ability to create their own, customizable avatar. Even without the support of platforms, the users have been creating and uploading their own avatars for years.

There’s a reason so many apps and messengers allow you to create an avatar: Avatars enable the much-needed presence of tangible human connection in a virtual world. Feelings derived from eye contact, facial expression, disposition, emotion, and expression are now unlocked thanks to even the simplest avatar heads.

You can use your avatar to try  on clothing, or communicate with a friend face-to-face with ease... or even avoid human face time. Entire social platforms, such as the beloved ZEPETO, are built around the premise of a customizable avatar—another you in another universe.

An avatar gives shape and form to the otherwise nebulous idea of the digital self. We look into mirrors daily and see our physical selves reflected back to us, instantly and tangibly. But, our online selves are harder to identify clearly. Avatars allow us to “see” ourselves online and, when present, they have effects on how we use platforms.

Avatars are a digital reflection of self, except we control our reflection.

While today’s avatars are most commonly used in messenger settings, it’s an inevitability we will walk around the metaverse as avatars one day. But first, let's understand where avatars came from, what they really are, and how they’re transforming the internet at large.

What is an avatar?

An avatar is broadly defined as “another self in a virtual world.” The definition of “avatar” is ambiguous because avatars have evolved and transformed over time.

Traditionally, avatars were developed for video games as vehicles for players to fully immerse themselves in a fictional world. Past avatars were typically only viewed from either a 1st person view or a 3rd person, “bird’s eye” perspective.

However, today we see avatars from a 2nd person view—one that faces you. This change comes as modern avatars serve a much different purpose than initially designed. Today’s avatars serve both a practical and expressive purpose in enhancing the messenger apps we use to stay connected—to stay social.

Why do so many apps use avatars now?

Avatars provide many benefits that enhance the apps and platforms we use today.

Humans evolved for thousands of years by communicating with one another face-to-face. Though, in the past ten years, most of our communication has gone digital (especially during COVID-19). Messenger apps notoriously use text-based interactions, but those fail to tell the whole story. In an attempt to simulate humanity and cultivate connection, platforms have implemented emoji, GIF, and other media sharing capabilities to compensate for the missing face-to-face interaction.

Researchers have found that using avatars leads to a greater sense of co-presence between participants in one study. Co-presence is simply the feeling of being with another person—a sense of shared connection at the same point in time. Generating this feeling over a faceless text-based messenger is difficult. As long as messengers have existed, innovative founders have tried to bring more humanity to the experience. In the case of then-viral app “Couple” (formerly Pair) first launched in 2012, the founders aimed to make messaging a sacred space for two, placing the entire emphasis of the UX on another human person—typically a significant other.

Avatars today allow people to feel like they’re speaking to another person, even if it’s through simple actions like sending a quick Memoji or Facebook avatar reaction in a chat. Avatars are the next layer to the humanization of our already-so-digital space.

Being able to try on clothing and customize one’s avatar is a core function. An academic study on avatars found that “the more closely an avatar resembles its user, the more the user is likely to have positive attitudes (e.g., affection, connection, and passion) toward the avatar, and the better able to evaluate the quality and performance of apparel products.” Essentially, the more closely your avatar resembles you, the greater satisfaction you get from using it in other contexts like shopping.

Recently, Snapchat announced that they were giving their in-house avatars, Bitmojis, an upgrade from 2D to 3D. The update allows users to pose their avatars in new ways and now try on clothing and shop without leaving the Snapchat app. This update could be the first major step towards a future where you can finally try on real clothes while online shopping with avatars.

3. More Well-Rounded View of Online Self

Finally, the most crucial benefit of using an avatar online is not just improved shopping, but enhancing your online experience as a whole. The same researchers who studied online shopping with avatars also studied how having an avatar who looks like you affects your self-concept or how you view yourself.

They found that “people have positive emotions such as affection, connection, and passion toward avatars and that as the degree of identification with an avatar increases, the more they want to interact with.” What that means is when your avatar looks like you, you relate to it and want to use it more.

Apple used this psychological effect to their advantage when they released a new update for their Memoji avatars. The update gave users more customization options to create an avatar that better reflects them, such as cochlear implants or facial piercings. It’s a clever addition that incentivized users to update their avatar and use it more.

What is the future of avatars online?

Our public perception of avatars may be fantasy characters from popular games such as World of Warcraft or League of Legends. However, research has shown that avatars who match our self-concept will prove to be more impactful in the long run. That’s not to say your avatar has to look exactly like you. Avatars allow us to play with our self-image in an easy, accessible way. Users can experiment with appearance and adjust their internal self-concept without visiting a hair salon or shopping mall.

While our current avatar landscape is landlocked to specific apps, one day your Bitmoji could step out of Snapchat and into another virtual world with ease—into the metaverse. Imagine attending a virtual concert or event with you and your friend’s avatars. Andrew Yang became the first politician to campaign in the metaverse when he held a rally in the popular avatar-based app ZEPETO.

One day, in the near future, you could even meet your favorite virtual influencer face to face in a virtual world...