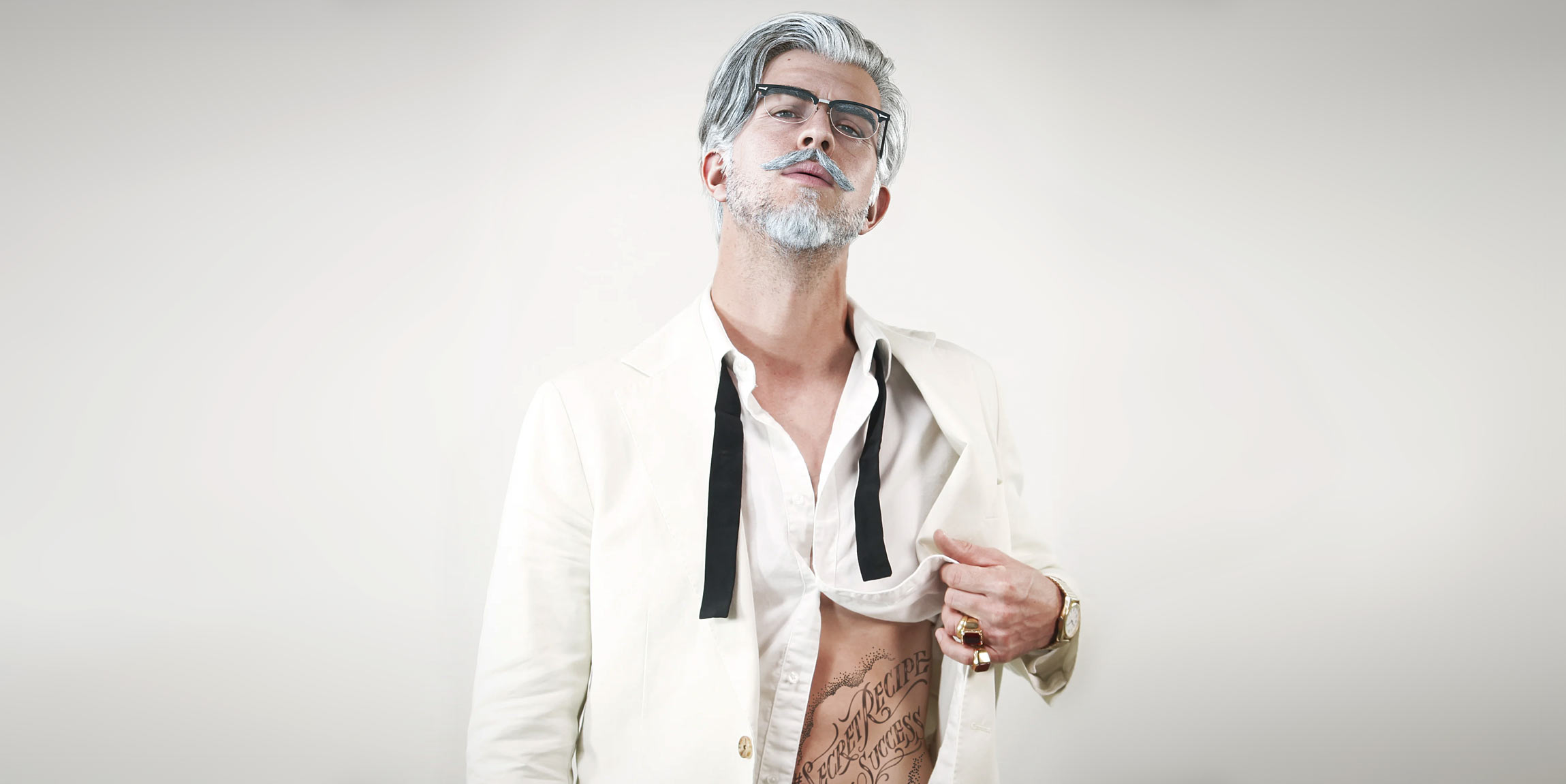 By creating humans, brands surpass a painful dependency on conventional influencers and, instead, unlock controlled, direct relationships with a new generation of entertainment-craving consumers.

virtual influencer is a human created in popular imaging, animation, or rendering software, then given a personality defined by a first-person view of the world, and made accessible via popular media platforms. They can be humanoid, doll, cartoon, anime, or another design style, so long as the being adopts an unwavering first-person personality.

Innovative brands, through research and a heads-up attitude, have identified the three ways to work with virtual influencers (sponsor, sign, create), with most opting to sponsor or sign a virtual influencer. For instance, take a look at these notable brand + virtual influencer partnerships, or enjoy 40 examples of brands appearing in Lil Miquela's storyline.

Some brands, though, tackle the most fruitful opportunity in this new space: create an influencer from scratch. Leveraging the expertise of those in the virtual influencer industry, brands are acting on the opportunity to, effectively, activate a corporate social media account in the shell of a virtual human life. Smart brands who develop virtual influencers display a keen understanding of their demographic by avoiding the temptation to exclusively post branded content, which breaks the mold of traditional corporate social media accounts (read: hellscapes) in more ways than one.

The engagement metrics on virtual influencers beat out sponsored posts by traditional human influencers, too. KFC more than doubled engagement on their corporate Instagram account by introducing Colonel Sanders as a virtual influencer, then experienced an intense engagement drop-off upon returning to their regularly scheduled corporate social media programming. What was KFC's biggest mistake on the CGI Sanders campaign? Their decision to stop.

Now, here are some of the best recent examples of brands creating their own virtual humans:

Mattel turned their classic, ever-popular Barbie into a virtual YouTuber aka VTuber. Barbie hosts various vlogs on the official Barbie YouTube channel ranging from makeup tutorials to nail art designs to life advice. These personable videos provide fans with actionable content they can take in their own lives while keeping up with the Barbie brand, an experience reaching children, teens, and adults alike.

Making the best out of my staircase #OOTD shots. Am I doing it right? 🤔

Maya Gram is Southeast Asia’s first virtual influencer. When not leading her busy life, she's an ambassador for Puma Southeast Asia. After all, Maya was created to help launch the Puma Rider in SEA. Her posts are varied and build her out as a genuine individual rather than an analog to just sell branded gear through. People follow her for her, and it just so happens that she also reps Puma—this is a great example of a branded virtual influencer done right.

Scorcher in the city. Pretending I'm by the beach by trying on some of my YOOX swimwear, if I close my eyes I can almost feel the sand between my toes! Tap to shop xx D

Yoo, a popular online fashion store with a sizable Instagram following, created a virtual influencer to sport their fashion items in a lifestyle many desire. Again, sprezzatura encapsulated. She travels regularly, wears nice clothes, and floats within the fashion industry. Furthermore, Daisy is friends with humans influencers and, by networking and crossposting, draws more eyes to Yoox products. Fans rally behind Yoox's synergistic relationship with Daisy.

Lu of Magalu first appeared online sometime around 2009 when her virtual self was used to promote iBlogTV content on YouTube for Magazine Luiza. Since then, Luiza (or Lu as she is often called) has championed as a face for the Magalu brand, attracting an expansive following in Brazil and social media at large. Magalu is one of Brazil’s largest retail companies, and for such a large company to use a virtual human for over a decade now shows the staying power and long-term potential a virtual influencer can have for your brand.

My only friend @rubyrubygloom styled, interpreted and rendered me for the cover of @buffalozine ! I love this! Interview with @hansulrichobrist

WarNymph is a unique virtual human in that she represents an actual human being: the famous artist Grimes. Grimes sees WarNymph as a virtual extension of herself, enabling her to present for fans without presence. WarNymph, one of the more fascinating virtual influencers, can be used whenever, and for whatever purpose. Already, WarNymph played a major role in promoting Grimes' latest album Miss Anthropocene. The possibilities for celebrities to become virtual influencers are endless.

Dropped by to see the team. Teams are so important. Having all the right people together is everything. I put so much work into getting the right people for the team. Always be on the lookout for great talent and great additions to your team. Having a great team is a big part of my #secretrecipeforsuccess. #team #teammembers #surprise #friedchicken #advice #success #entrepreneur #behindthecurtain #keys #respect #inspiration #positive #positivethoughts #artistatwork

KFC virtualized Colonel Sanders as we know it into a younger, fitter human. CGI Sanders lived a glamorous lifestyle for just a few weeks, equally balancing his work, play, exercise, and social life. He often appeared with KFC-branded gear or foods, and he took well-earned time out to hang with other famous influencers. His post captions always spoke to himself as a person and what he enjoys while adhering to the KFC brand. Despite the huge success, KFC only budgeted for a short-term virtual influencer appearance rather than an ongoing, expansive storyline.

photo of me self isolating before & after sharing this news💚💙🦋...YouPorn has dedicated a $100K relief fund to support tech, science and engineering initiatives that are offering solutions for #covid_19 relief. To have your project considered email >>> funding@youporn.com

When he tellz you it’s @bambambaklava’s fuk thts delish FAV...but he be FOOLIN 😡 @janky imma put tide podz in yo nuggets nxt time you fuk w/ me!!

Guggimon and Janky, two animated influencers, built large followings on Instagram by sharing everything about their heightened, virtual lifestyle, from music to partying to raw adventure. Superplastic is the world’s premier creator of animated synthetic celebrities, designer toys, and apparel, and Guggimon and Janky live at the forefront of their brand. They each manage their own Instagram pages, but collabs are common, with their content exists in tandem with one another. Guggimon and Janky are the most connected, direct marketing opportunity a toy brand could ask for.

Balmain is one of the most prominent, high-end establishments in fashion, and its venture into the virtual influencer world reflects this reality. Margot and Zhi, two entirely computer-generated humans, became overnight fashion icons alongside Shudu Gram as a result of the campaign, and Balmain saw all the benefits. Balmain's forward-thinking, innovative mindset, and willingness to work with the new marketing medium that is a virtual influencer, earned the brand immense PR and heightened discussion on social media. Today, Margot and Zhi exist as museum pieces of this successful campaign, while Shudu Gram lives on.

Liv is a virtual human and ambassador for the French automobile manufacturer, Renault. She does not have an Instagram or social media channel, more resembling the Geico gecko from an execution standpoint. She appears in commercials as a spokesperson, which works well because she stands out visually and can, per her script, know everything about Renault.

Creating a virtual influencer is an effective, modern marketing strategy more and more brands are getting behind. The opportunity to evolve or re-create your brand message in a new, engaging medium people can rally behind resembles the period when human influencers first came on the social media scene.

Concepts Discussed
Advertising
Artificial Human
Virtual YouTuber
virtual influencer
brand
Branding
Instagram
Got it. We'll be in touch!
Use LinkedIn? Reach out!
Oops! Something went wrong while submitting the form.