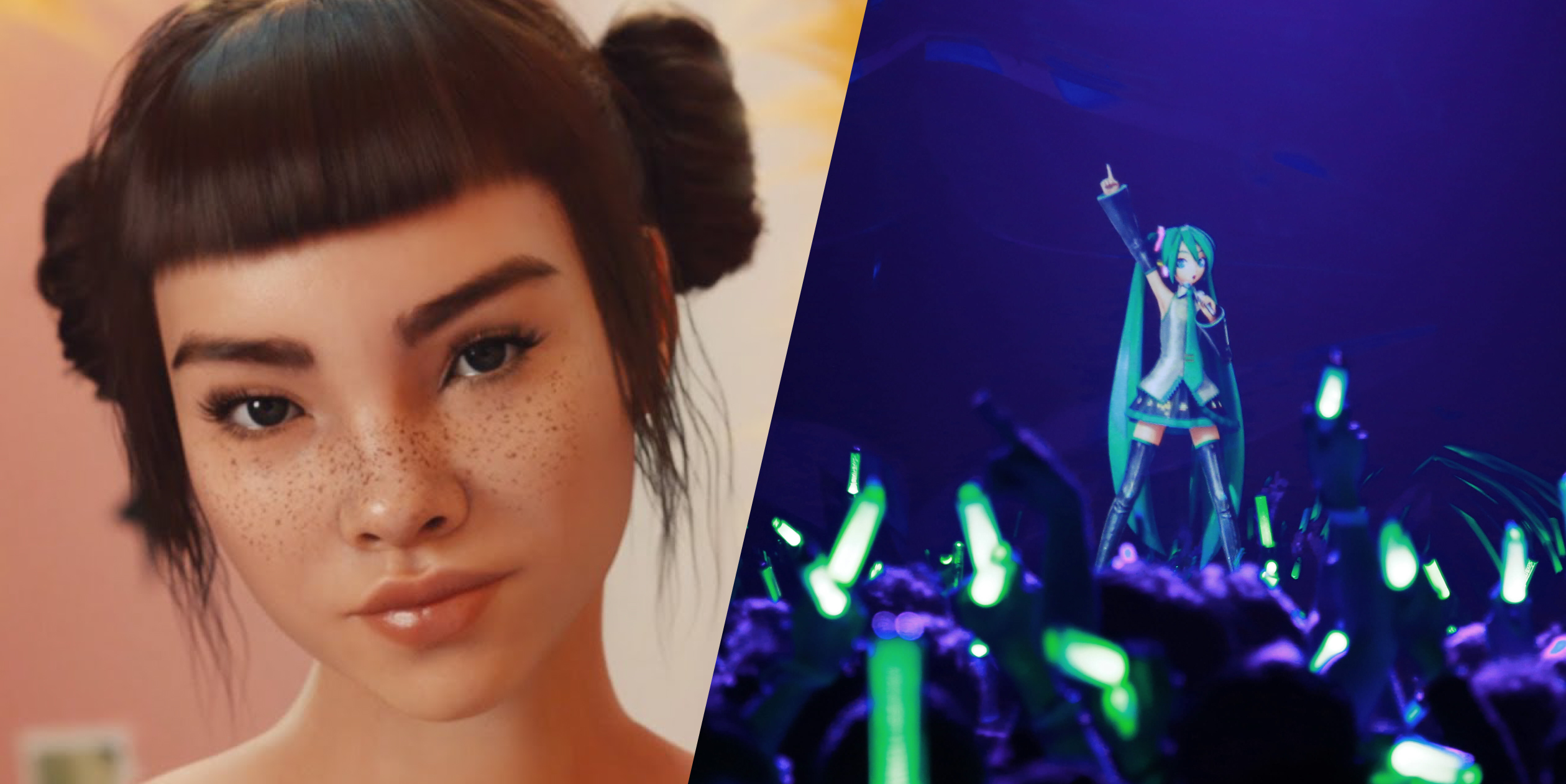 irtual influencers provide us with a fresh, innovative way to explore the endless possibilities of media. Digital characters have signed modeling contacts, taken part in high fashion campaigns, and, lately, created their own, unique space inside the vast music industry.

Spanning across music genres and sometimes even creating their own tracks, virtual influencers bring a fresh, innovative, and personal perspective inside today’s musical zeitgeist. Because of their virtual nature, the music videos they produce are uniquely realized, reaching young audiences hungry for advanced digital experiences.

We are entering an era where virtual beings will elevate to celebrity status through successful music careers.  Here, we take a close look at five of the most interesting virtual influencer music videos and explore what makes them so immensely popular online.

Lil Miquela is one of the most popular digital avatars. Launched as one of the first computer-generated Instagram influencers, she embraced a career  modeling high fashion and releasing pop music, elevating her celebrity, Gen Z-catering lifestyle. “Speak Up” is the outcome of Miquela’s breakup with her human boyfriend. It describes her emotional turmoil in the breakup’s aftermath, as she reaches out to fellow virtual influencer Bermuda to console her.

The lyrics are powerful yet ambivalent. Miquela seems to either challenge her ex-boyfriend's character or address her own vulnerability by asking her inner self to finally speak up about its heart’s wishes. In that sense, she creates an empowering breakup song without losing her sensitivity.

The video has an unexpected finale that leaves viewers with an existential thought: do we spend too much time being inauthentic and not actually speaking up? “ Speak Up” was Miquela’s first 2020 single. It was shortly followed by a second, slightly more ironic one, “Call Me When You're Not High.”

Kai, a 16-year-old game developer from New York City, comes straight out of the game Roblox and is currently pursuing a career in music. She is the creator of Splash, a popular Roblox music game, in which aspiring teen musicians perform their original music live to virtual audiences. In June 2021, Kai released “BREATHE,” the album that officially started her music career. It included three tracks: “Breath Again,” “Summer” and “So Sick.” Her music video “Summer” has 1.2 million views and is a funky take on her double life as both a Roblox avatar and a virtual human.

In the video, Kai steps through a portal that transforms her into her Roblox avatar. She is making a statement on her boyfriend’s behavior, as the lyrics tell us he has leaked personal information online that became “The talk of the summer for all the wrong reasons.” Seeing a virtual human address inappropriate behaviors online is interesting, and Kai touched a chord with her teen audience, who share similar experiences.

Teflon Sega is an indie music producer and virtual influencer who dives into the cool, self-made way of doing things. He is a 2-D anime singer releasing songs almost weekly, and he has managed to amass 19 million plays on Spotify, 10 million plays on Soundcloud, and 15 million plays on Youtube. His cryptic personality has created serious interest in his work, including from traditional establishments such as Radio BBC 1, Joe Budden podcast, and Soundcloud, who selected him as one of the top artists to watch in 2019.

His video “Paralysed” was created, in his own words, “after many many many sleepless nights in the metaverse.” It narrates a series of otherworldly experiences in an environment resembling a haunted house, where everything isn’t as it seems. Teflon Sega is “sleepwalking to a rhythm,” trying to decipher what is real and what isn’t. This makes for a powerful statement on identity and how identity is represented in the virtual world. Blurring the lines between the real world and the Metaverse is Teflon Sega’s playground, and he creates intrigue around his identity, actual name, and real face.

Hatsune Miku is a Japanese Vocaloid software voicebank developed by Crypton Future Media that manifests as a 16-year-old girl with turquoise twin tails and a fierce personality to match. Miku, the personification of this virtual idol, has a series of live concerts under her belt, in which she is seen as an animated projection. Her recent collaboration with London-based, American-born rapper and singer Ashnikko on his debut, 2021 mixtape “Daisy 2.0” went viral on TikTok and Youtube, racking up 7 million views.

Their collaboration is ideal: Ashnikko’s gender bending hip-hop-meets-electronic-pop matches Miku’s stylized anime aesthetics and presence while she sings, “Fuck a princess, I'm a king Bow down and kiss on my ring Being a bitch is my kink What the fuck else did you think?” It's this antithesis between the in-your-face, empowering lyrics and Miku’s cute teen appearance that make the video so successful. It’s a provocation against all image stereotypes.

Strangefeelz is a virtual trapper who uses social media platforms like Youtube and Spotify to promote his work and engage with his wide audience of devoted fans. Produced by 3D visionary artist and creative director Malikeena, Strangefeelz videos feature all the  essentials: money, guns, high-fashion-meets-street-style attire, and beautiful women. In his “Underground” video, the camera follows Strangefeelz on a powerful journey through the underground, metaphorically leading us to a personal, emotional state of alienation inside the big city.

Virtual influencers are not strangers to producing great music. In fact, they have been experimenting with wannabe pop star status for decades, as early as 1997. Today though, virtual influencers have become full-blown pop stars in their own right,. Virtual talent will continue to evolve and spawn a variety of music genres paired with creative, innovative music videos  with a humanoid touch.