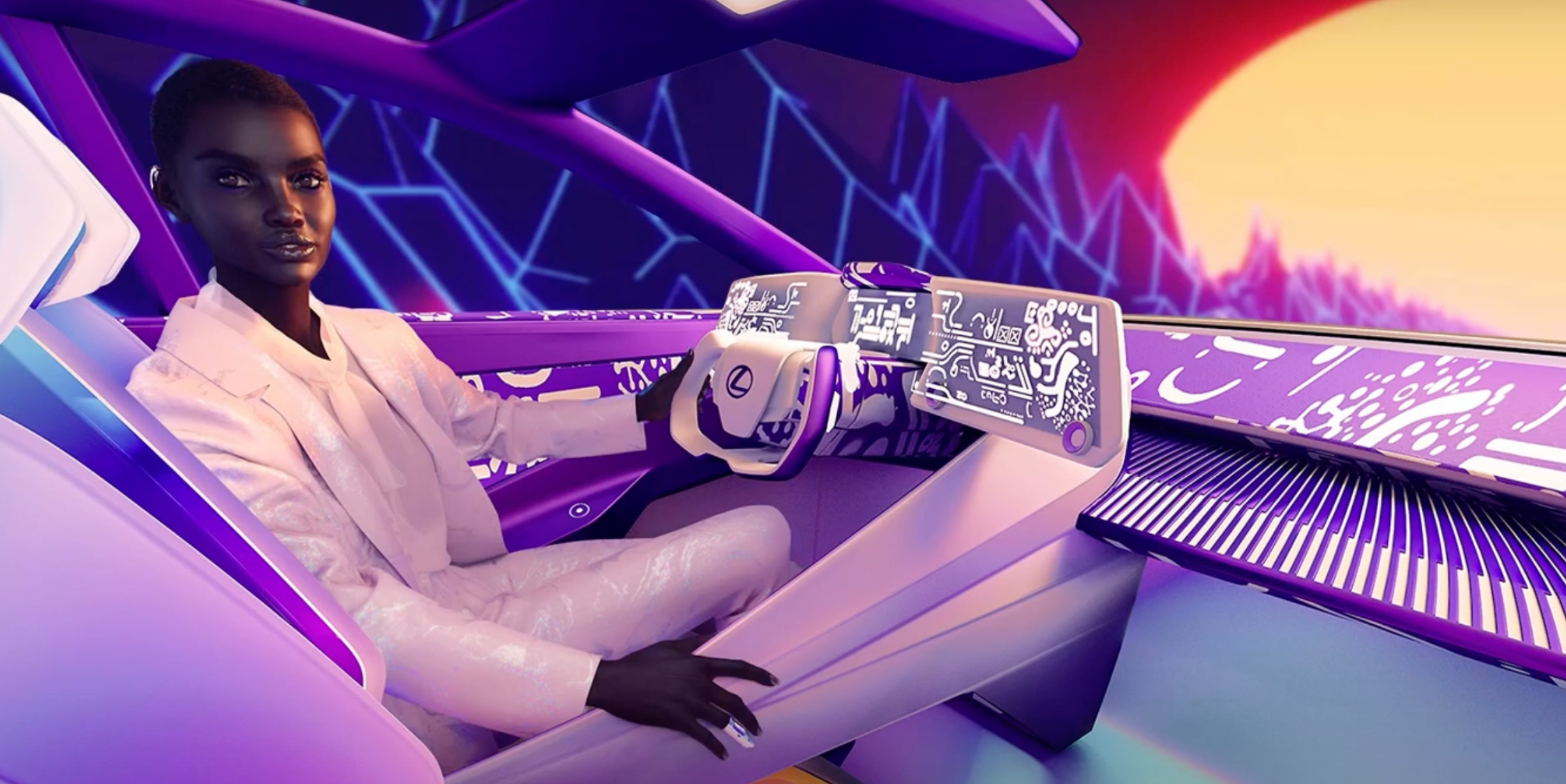 5 Times the Automotive Industry Put Virtual Influencers Behind the Wheel

Therefore, it is not surprising to see so many virtual influencers partner with some of the biggest automotive companies in the world. They have a lot in common, after all.

Here’s a look at some of the best partnerships between the automotive industry and virtual influencers—with some more unexpected than others!

One of iMaker’s most well-known virtual influencers is Ayayi, who was introduced to the Chinese market in May 2021. In the campaign images, she enters and exits the Porsche Taycan car, making it appear as if this is the car she chooses to drive and that doing so is a normal part of her digital life. The image’s storytelling element leaves fans to wonder where Ayayi is going next in her electric sports car.

“Porsche, as a traditional sports car manufacturer, has always driven change and innovation. We want to remain at the forefront of the automotive industry in the digital age. This investment by Porsche Ventures is an important step in terms of implementing our digital strategy and the start of further collaborations with iMaker,” Jens Puttfarcken, President and CEO of Porsche China, said in a statement.

It is not the first time Porsche Ventures has turned to a virtual influencer for digital relevance. In 2019, Imma appeared next to the same car model, the Porsche Taycan, in a campaign depicting different city moments. Imma is created by Aww Inc. and mostly features in fashion collaborations. However, placing her in a Porsche campaign helps give the automaker digital relevance as well as adding to Imma’s  digital storyline and presence, as she posted the images on her Instagram.

Porsche brought both pictures into a single post with the caption “Uniting the all-new fully electric Taycan and @imma.gram, a virtual human from Japan. Together they define the very soul of innovation and progressive thinking in Tokyo. Are you ready to explore a future packed with the unexpected?”

By partnering with Imma and investing in iMaker’s virtual influencers, such as Ayayi, Porsche Ventures addresses a younger demographic and shows an interest in understanding their values, hobbies, habits and customer behaviors.

The image posted on Brenn’s Instagram shows her posing in front of the Smart car like any human campaign model would. It blurs the line between real and digital because Brenn’s features and technical build are hyperrealistic. Brenn is brought into a lifelike world by Smart, while she takes them into a digital universe for both fans and consumers to enjoy.

As with the Porsche Taycan, having a virtual influencer advertise for an electric car is a clever move. Younger consumers, such as Gen-Z and Millennials, are well-known for buying more consciously and making sustainable decisions. This demographic becomes easily accessible through virtual influencers and the dedicated fanbase they’ve created.

Through Miquela, MINI Cooper targets its younger customers. Miquela sits in a zen-like position on the car before getting behind the wheel in the campaign film. Meanwhile, with a voiceover, she speaks to most young people, who are trying to find their path in life: “We all have our own stories, but the story of us starts now. The fun isn’t the destination. It’s what you find on the journey. Fall in love at first rush.”

Hyundai partnered with The Diigitals’ first digital supermodel and virtual influencer Shudu to launch the latest collection of their eco-friendly lifestyle and fashion platform Re:Style. Shudu announced the partnership on Instagram with an image of herself decked out in the 2021 Re:Style collection, which uses eco-friendly and recycled materials from the Hyundai Motor Company's manufacturing process.

Partnering with a virtual influencer like Shudu is a clever strategy for Hyundai to connect sustainable thinking with digital innovation. Shudu is the ideal model to pose in refashioned airbags and seat belt harnesses, making the collection appear stylish and attractive.

The German car manufacturer had Dagny visit its "Interactive Intelligence” exhibition at Studio Odeonsplatz in Munich. The visit unfolded on Dagny’s Instagram. She was pictured trying out different car models and giving fans a tour around the space. The collaboration appears as a subtle promotion for Mercedes Benz because the storyline primarily adds an experience to Dagny’s digital presence rather than overtly showcasing the auto company.

Previously, the virtual influencer only posed next to The Diigitals’ other models. By visiting the Mercedes Benz exhibition, Dagny shows her diversity. She stimulates her community by interacting with them in videos and engaging them in the captions. She draws attention to the exhibition and Mercedes Benz in a natural and hyperrealistic way, increasing fans' excitement for her and their curiosity about virtual influencers.

The automotive industry is partnering with virtual influencers to target younger generations while designing for a sustainable future. It is possible that virtual influencers won’t only be seen in campaigns but will someday become part of the car design itself. Imagine a virtual influencer like Ayayi assisting you in navigation, finding restaurants, playing music, or simply keeping you company as you take the car for a spin… or, it takes you for a spin.