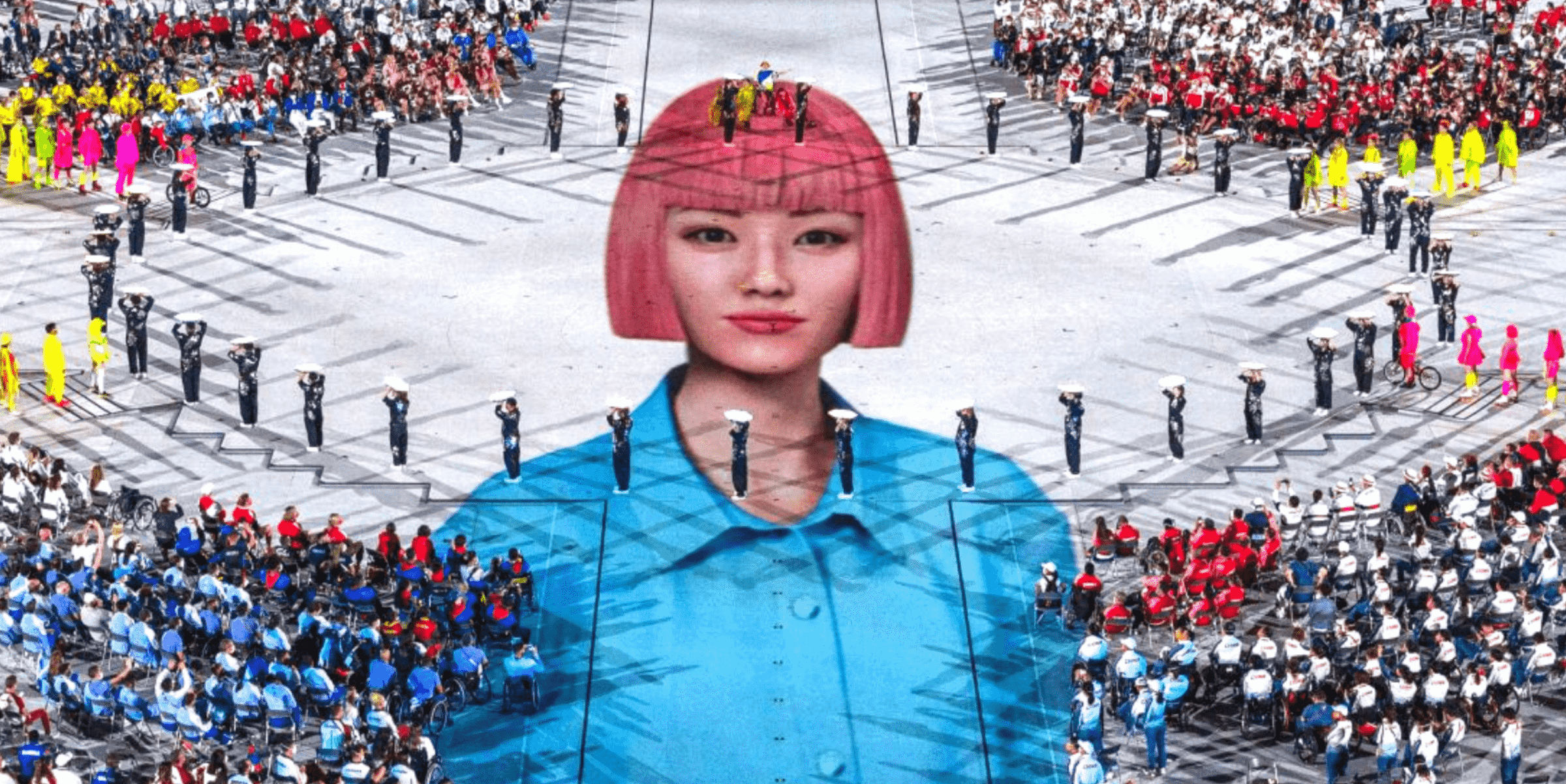 The 2020 Paralympics recently ended, and the virtual influencer Imma Gram made a surprise appearance at the closing ceremony. At the beginning of the show, dancers formed a circle in the center of the floor as a projection of Imma slowly materialized, zoomed in on her face, and spectacularly dove into her virtual mind.

Imma is a Japanese virtual influencer known for her signature pink hairstyle and striking realism. Created by Aww.inc, she also works as a fashion model and has appeared in premier commercials for IKEA, Magnum ice cream, and many more.

Following her appearance at the ceremony, Imma wrote on her official Instagram page

I got to be part of the Paralympic closing ceremony.🌈

The ceremony was filled with the thoughts and feelings of many people.

I was reminded once again that the event was only possible thanks to the truly wonderful staff who overcame so many difficulties.

I was inspired of the diversity in terms of gender, age, race, disability, etc., but also inspired me to think further about all distinctions between people and things, city and nature, real and virtual.

Thank you for everything🧠

Imma also posted a few behind-the-scenes shots of herself and the view she had within the audience of the closing ceremony, offering a unique perspective of the event held in Japan for her global followers.

Her appearance at the 2020 Paralympics follows the conclusion of her art installation in Tokyo's Diesel gallery. The “Immaten” exhibit was on display for nearly a month. Despite the restrictions due to COVID-19, many of Imma’s fans took the chance to see their favorite virtual human in physical form (even if only as a giant head on the wall).

Imma’s appearance at the 2020 Paralympics closing ceremony marks the first time a virtual influencer has appeared at any Olympic Games. While some athletes were transformed into virtual avatars for a SK-II commercial, Imma is the first virtual to work with the Olympics committee in an official capacity. She was a fitting choice, considering Japan is the birthplace of worldwide virtual pop star Hatsune Miku.

Virtual influencers are officially operating on a global stage, and more are expected to make appearances in campaigns of this caliber. After all, virtual influencers have a remarkable global appeal that is unmatched. While Imma may be from Japan, the fans who populate her official Discord server live across the world.

Physical distance doesn’t matter to fans of Imma, or any virtual influencer, because they can interact with her instantly online from wherever they are, creating a uniquely intimate connection with the virtual celebrity. That accessibility is only possible through a dynamic transmedia presence that virtual influencers are able to achieve with ease. Whether through Instagram, Discord, or even the Metaverse, Imma’s fans know that she is always with them, just a click away.

That spirit of global connection mirrors what the Olympics and Paralympics truly represent.

Concepts Discussed
partnership
virtual influencer
Japan
Got it. We'll be in touch!
Use LinkedIn? Reach out!
Oops! Something went wrong while submitting the form.