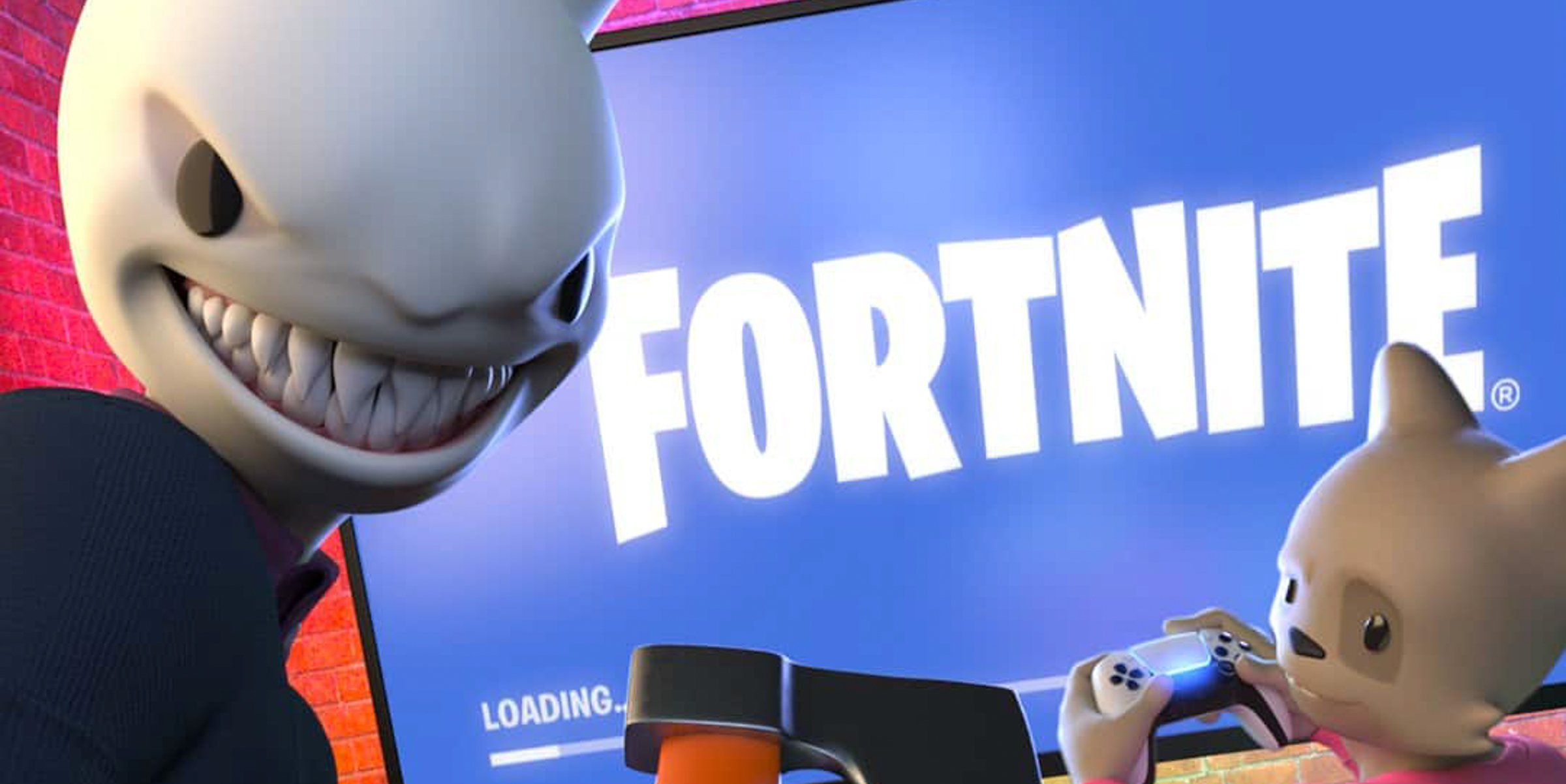 Virtual influencers are taking over every corner of the Internet, including popular games such as Fortnite.

n June 8th, Epic Games celebrated the drop of Fortnite’s 7th season “You Better Watch Out” by launching an all-star roster of new, playable character skins. While iconic characters such as Superman and Rick Sanchez are included, an incredibly unique character made their way into the mix: Guggimon.

Guggimon is a virtual influencer and mascot for the global entertainment brand Superplastic. The brand is famously known for their suite of designer toys, which commonly sell out within minutes in collaboration with celebrities such as Steve Aoki, the Gorillaz, J. Balvin and more. Superplastic also plays the role of a futuristic, digital talent agency, managing Guggimon and four other virtual characters on their roster of animated celebrities, such as his friend Janky, or the duo Dayzee and Staxx.

Don’t be fooled. Just because Guggimon hails from a company known for toys doesn’t mean he’s exclusively for children. Guggimon loves axes, horror movies and tattoos, all of which  compliment his signature street-wear style. Him and Janky are known for their outlandish antics and pranks on each other, a well-documented saga unfolding on their TikTok channel with over 2.4 million followers.

It comes as no surprise that a company like Epic Games would choose to feature a virtual influencer in their latest game update. The company raised $1 billion to develop the Metaverse, including advancements to their innovative MetaHuman Creator tool, a powerful program for designing virtual humans with incredible realism and ease. Epic also recently acquired the artist social portfolio network, ArtStation, gaining influence and creative direction over the primary community responsible for designing the ever-evolving Metaverse.

Epic’s decision to include Guggimon paid off, as he's become a favorite among Fortnite fans this season. Virtual influencers are becoming an incredibly popular form of celebrity on the Internet as they draw millions to their mysterious, yet fun digital experiences.

Today, I’m speaking with Superplastic founder Paul Budnitz to learn more about his creative vision for Guggimon and friends, as well as gain an inside look at this major Fortnite partnership. Paul was ahead of the curve in understanding how virtual celebrities are more effective than their human counterparts and competitors.

Here’s what we learned:

[Makena] What inspired you to create Guggimon in the first place?

[Paul Budnitz] I founded the art toy brand Kidrobot, which I sold in 2012 — mostly because I wanted to get more into animation! My friends and I had been making all these brilliant characters for years and years, and it was finally time to give them life. The problem is, in the “normal world” you usually have to go to a big Hollywood studio and convince them to make a TV show or movie where they end up controlling and owning all the characters, which they usually dumb down and screw up. This just sounded horrible to me. So I said — fuck that. Why don’t we make Janky & Guggimon come to life using social media like everyone else does? Then we can do whatever we want! So we did that. I’m still amazed it’s working so well.

‍What key moments do you think led up to Guggimon's successful appearance in Fortnite?

Guggimon launched his Instagram and TikTok about 18 months ago, and now he’s got way over three million fans between the two channels!  A little while ago, Fortnite called and said, “we’re total fans of Superplastic, would Guggimon like to be in the game?,” and of course none of us took them seriously.

So we said “yes” and sort of forgot about it, but they kept calling, and eventually they sent Guggimon a contract! Now he’s in the game, right next to Rick Sanchez and Superman. Which is kind of amazing considering he’s a 7 foot tall rabbit with a personality problem and an axe fetish!!

What other games or universes do you hope to see Guggimon join someday?

Guggimon and all of our characters are already infiltrating the real world. That’s what’s most interesting to me. How far can an animated world just enter the flow of real life? There’s a lot we’re doing with holograms and other new technology, and people already talk with them all day on social media. Next year is going to be amazing!!

In your opinion, what role do virtual characters play in modern media?

For one thing, animated characters always show up to appointments on time... unless they stayed up too late the night before drinking too much Mountain Dew and watching Friday the 13th reruns, in which case they don’t.

To be serious: I don’t know what isn’t virtual nowadays. I’ve met a bunch of celebrities, and most of them aren’t any more real than Guggimon is. So from my perspective, he’s the next obvious evolution of media — only way more fun, because he can do shit a human can’t even think of.

Where do you see the future of Superplastic headed?

We’re creating the next massive character universe. We’re the next Disney, only way more in the moment and built for an older audience, obviously!! So far there’s Janky, Guggimon, Dayzee, Staxx, Pandakat, Lil’ Helpers, Kranky… and more coming, with lots of music next year!!

Can you share any sneak peeks or hints at what's coming next out of Superplastic? What should your fans be on the lookout for?

We're really interested in live music, and as the world is now opening up again, live experiences. That’s the next frontier for Janky, Guggimon, Dayzee, and the rest. One day they'll be showing up on your doorstep and taking you out for a drink…

We are eager to see what the future holds both for Epic Games’ Fortnite universe and Superplastic’s emerging virtual influencer universe. One thing they have in common? Huge engagement, and even bigger potential.

Join the discussion on LinkedIn!

Who is Virtual Music Artist and Dancer, Polar? 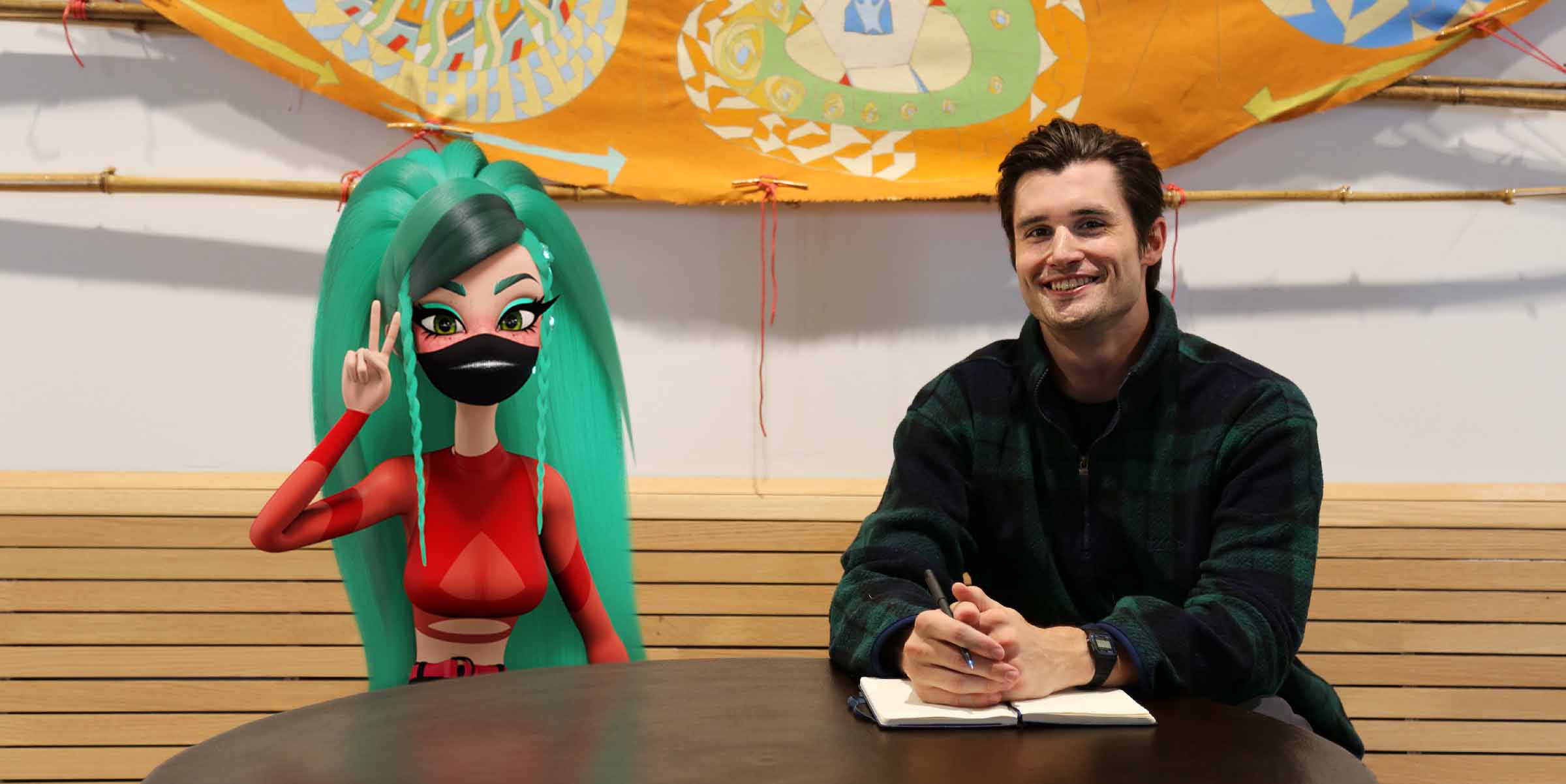 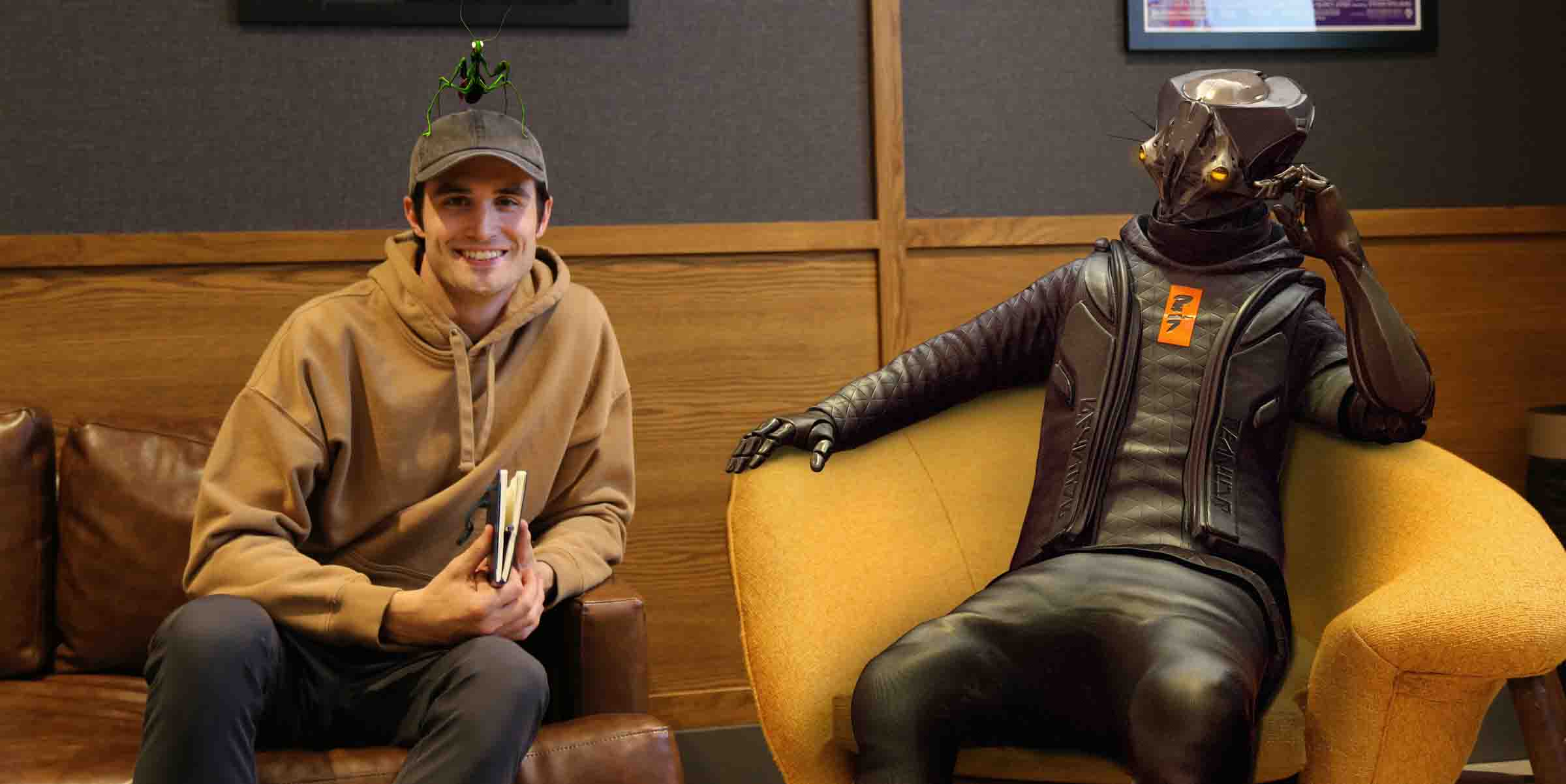 Who Are Virtual Influencer Twins Hripsy and Colina? 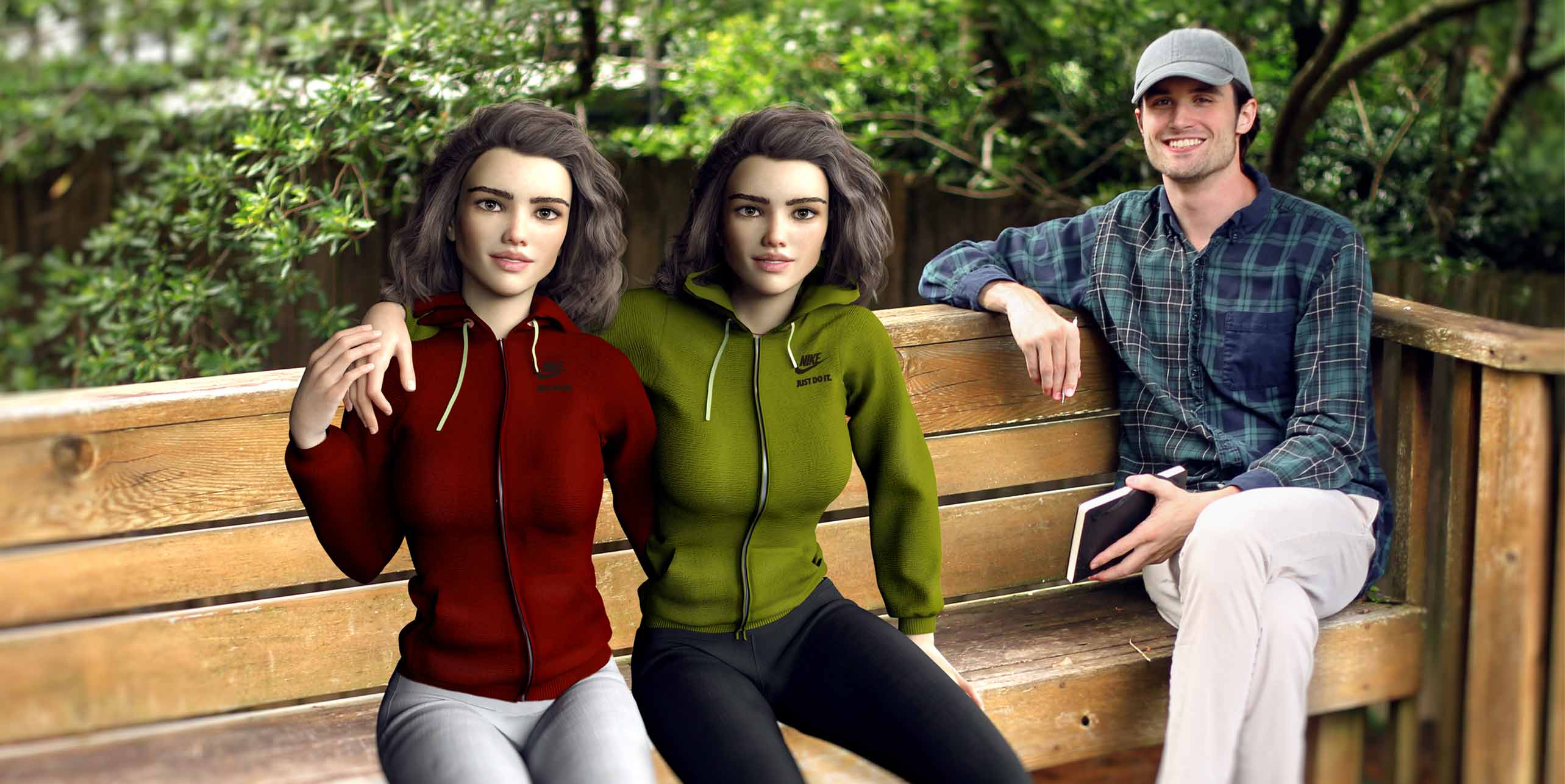