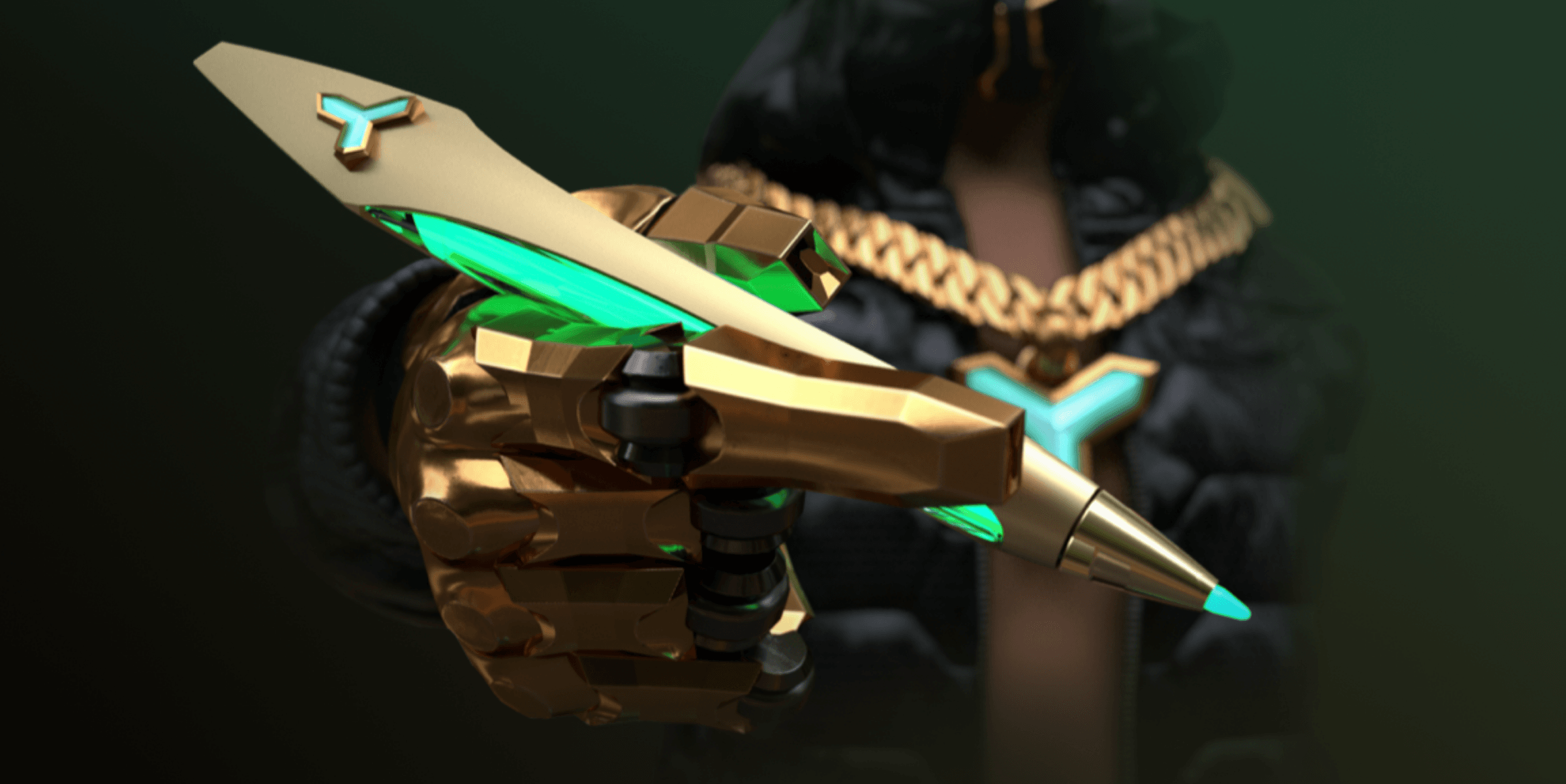 NFTs are perfect devices for world-building, storytelling, and interactive experiences.

he infamous robot rapper FNMeka just launched an interactive challenge for a lucky fan to win a rare 1/1 NFT and launch their own virtual influencer. The objective is to locate and steal FNMeka’s “Creator Pen” directly from his crypto wallet using a 12-word secret phrase. Players will need to find each of the 12 words hidden in a series of new FNMeka TikTok videos… then decipher in what order to enter those words to enter the wallet.

“FNMeka is feeling generous and giving YOU the chance to find his Creator Pen, hidden in a secret wallet. He’s encrypted the wallet with 12 words, which he’s hidden in his upcoming video drops.

Can you find the 12 secret words, in the right order, that will unlock the wallet and give you the power to create your own digital influencer?” –FNMeka

LlNK lN BlO to get a free NFT and how to win your own custom Avatar for the metaverse. 🤖

Virtual influencer FNMeka is no stranger to NFTs. He rose to fame for publishing captivating content on his TikTok channel, which now has more than 10 million followers who love to see his hilarious, surreal videos. Recently, he released an NFT in partnership with TikTok in the TikTok “Top Moments” collection that sold for 3.6 ETH, or roughly $14,000 at the time of sale.

Now, he’s leveraging his immense TikTok audience to generate buzz for his own NFT release.

What is the FNMeka Creator Pen challenge and how do I participate?

The first step fans can take toward entering FNMeka’s Creator Pen challenge is to open a NEAR wallet using their TikTok handle for identification. This can be used as a standalone wallet, or it can be integrated with a pre-existing one, such as MetaMask.

Once the NEAR wallet has been created, players are greeted by a GIF of FNMeka as a matryoshka doll. They then receive their first clue: an NFT of a virtual gold-plated grill with the word “they.”

Could “they” be the first of the 12 words needed to unlock FNMeka’s crypto wallet and steal his Creator Pen? Only time will tell. In the meantime, players can collaborate with one another and share hints in the Discord server dedicated to the FNMeka Creator Pen challenge.

What happens when I win the Creator Pen challenge?

The winner of FNMeka’s Creator Pen challenge will get the chance to create their own virtual influencer with Factory New (hence the ‘FN’ for Factory New), the creators behind FNMeka and his arch nemesis FNNxrmal. The winner will receive the following:

In the age of the Metaverse, as more virtual influencers enter the scene, the opportunity to have a studio help craft a digital character and produce their content is invaluable to say the least. Most importantly, their future creator will not have to build a following from scratch, as the character will be integrated into the Factory New fictional universe and be able to collaborate with FNMeka, and other virtuals.

It will be interesting to see if the new member of Factory New becomes a virtual celebrity in their own right. It’s not the first time a digital character has been launched from an NFT project.

Jenkins the Valet was once one of many of the unnamed Bored Ape Yacht Club NFTs (Ape #1798, to be precise). Then, the person who bought that NFT decided to transform their ape into a character with a backstory and narrative that hooked thousands of fans. Now, Jenkins has been signed to the premier talent agency CAA and is in the process of writing a collaborative book with his NFT collectors and growing Discord community about Jenkins’ adventures. If you’re in the BAYC, you can even license your Ape to appear in this storyline.

News from the Valet Stand:

Jenkins the Valet is proud to be represented by Creative Artists Agency (CAA) across Books, Film, TV, Podcast, and more.

CAA is a leader in global talent representation and this service Ape is ready to tell his stories on a larger stage.

Considering the success of Jenkins, the winner of FNMeka’s Creator Pen challenge could similarly leverage the power of the Discord community at large to build a narrative around their new virtual influencer. Maybe one day they will be listed here on Virtual Humans alongside FNMeka, should they find success.

Will you crack the Creator Pen wallet?

To stay up to date with the latest virtual influencer projects and NFT releases, subscribe to the Virtual Humans newsletter.

Concepts Discussed
NFT
Got it. We'll be in touch!
Use LinkedIn? Reach out!
Oops! Something went wrong while submitting the form.