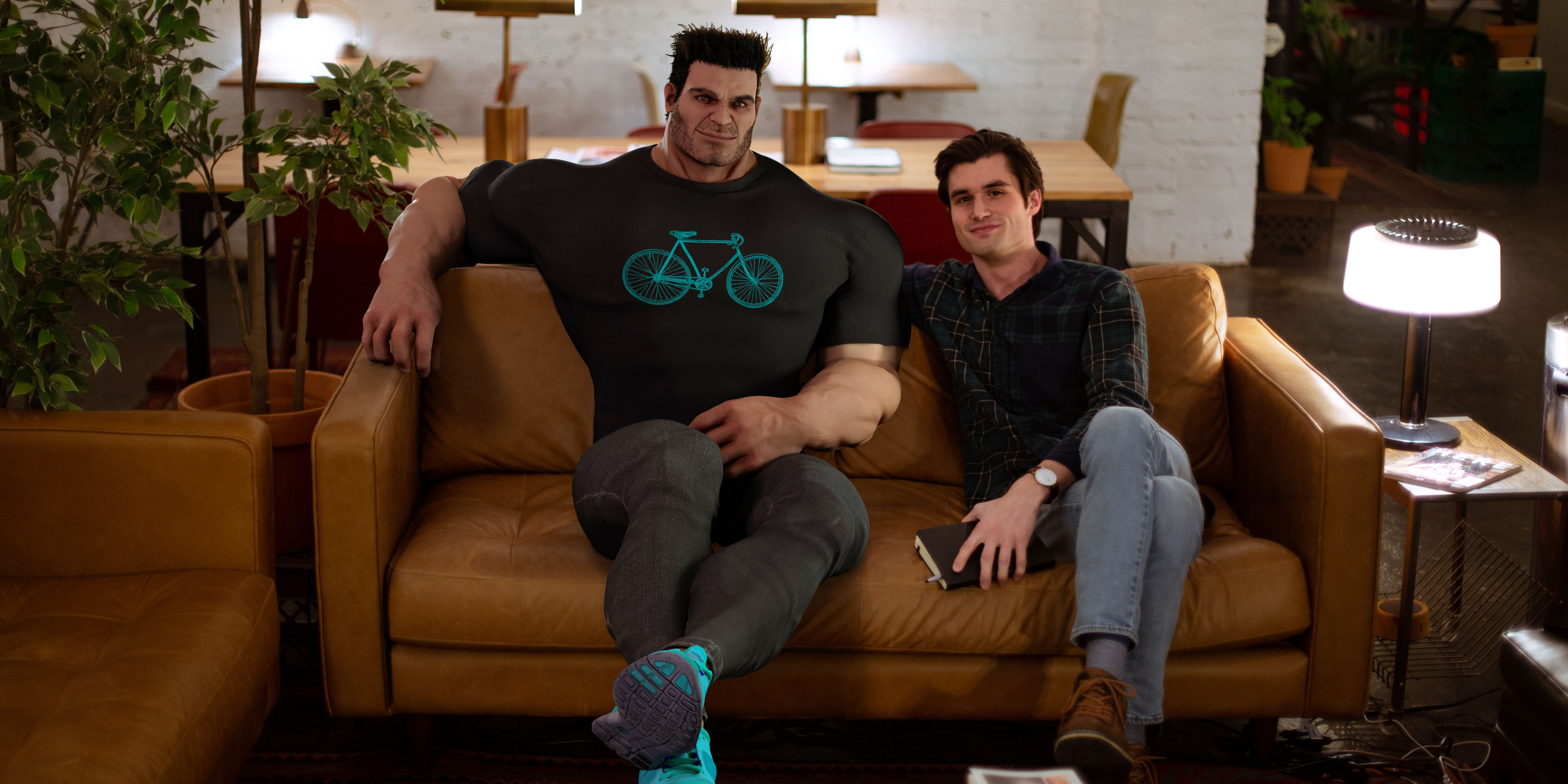 Photo by zgtownley.com and Ion Göttlich

"I think the main reason I have followers is because I was something different in the cycling online social media world."

oday I sit down with virtual influencer and cycling track star Ion Göttlich to learn about his unique lifestyle. Hailing from South Africa, Ion's captivating love-hate relationship with pavement garners the attention of 150,000 fans across social media, especially in the cycling world. He's one of the first virtual influencers.

In 2019, Ion caught the attention of BORA, a UCI WorldTeam, as a promising candidate for world champion Peter Sagan's Tour de France team. BORA signed Ion to the highly-coveted position, though just a few short weeks later he was dropped due to technical difficulties during training – simply put, there was an uphill climb involved. Sorry Ion, you're not the only mountain around. Despite the missed opportunity, pan-european news outlet Eurosport invited Ion to document the Tour de France as a social media consultant, which he swiftly accepted.

Let's find out – who is Ion Göttlich?

Hey Ion, I'm excited to sit down with you! To start off, how long have you been a cyclist? ‍

Hi Christopher. Since I was about 6 years old, my father bought me a silver chopper and it was love at first ride.‍

What's your favorite part about cycling?

‍I enjoy standing on the podium with the trophy :)‍

I wonder, too, what's your least favorite part about cycling?‍

Let's just say the mountains are not my favourite part of cycling.‍

‍It depends on who is sponsoring me. Haha, I'm a bit fickle like that.

‍Who do you look up to?‍

I love the old heroes I used to read about as a kid, when you are a kid those characters really make an impact on you for the rest of your life. People like Fausto Coppi, Eddie Merckx, Laurent Fignon, Greg Lemond to name a few of the older ones. As for the current guys I would definitely say the great Peter Sagan, Alberto Contador, Daniel Oss, Max Levi, Wout Van Aert, Mattieu Van der Poel and many more.‍

Based on your Instagram, you travel quite a bit. What's your favorite place to ride?

I'm in love with France, for me it's just the best place to ride hands down. I would also say Italy is probably right up there with France.‍

Try to see the funny side of life.

Wake up, moan about waking up, have coffee, moan about training, get on my bike and end up smiling all day long. Unless it's a rest day, then there is no way I'm waking up ;)

You're a pretty fit dude – what's your favorite workout?

Anything that involves a bike is my favourite work out.‍

Not sure its a proper meme but it cracked me up and I would love to know who drew and came up with it :)

When you're not cycling or influencing, how do you like to spend your time? Any hobbies?

I have a nerdy side, I love technology and video games, AR and VR. I'd like to do more of that kind of stuff in the future.

What do you think about the virtual human industry? You were one of the first to share your life in this way.

Hmmm are you telling me I'm not real? I could ask you the same question, what is it like living in a simulation where you think you are real?

How has your life changed since becoming a virtual influencer?

To be honest I'm not sure I influence anyone. I think the main reason I have followers is because I was something different in the cycling online social media world. Cycling social media is either pictures of amazing pro athletes or pretty girls taking selfies with bikes. When I started it was more about making fun of cycling social media but it quickly changed and evolved into something else as I got more interest. I try not shamelessly sell products and if I do I prefer to do it in a fun way so that the person watching gets a little more than just an advert for a brand.

You’re approaching 150,000 fans, you ride with some of the top cyclists in the world, and you were even invited to cover the Tour de France. I'm curious – what’s next?

Last year was a big year for me, it was a dream come true that I really never expected to happen in the first place. After a year like that it's quite hard to know whats next, I even felt a little lost after the Tour. I'm slowly seeing that I can still do some funny things and I have some plans to make some fun content soon.

Lastly, an existential question – answer however you'd like: Who are you?

I'm still figuring that out, and I'm not sure we will ever be able to answer that question.

Thank you for your time.

‍Check out Ion's profile and follow him on social media. To learn more about the emerging Virtual Human industry, explore our homepage. 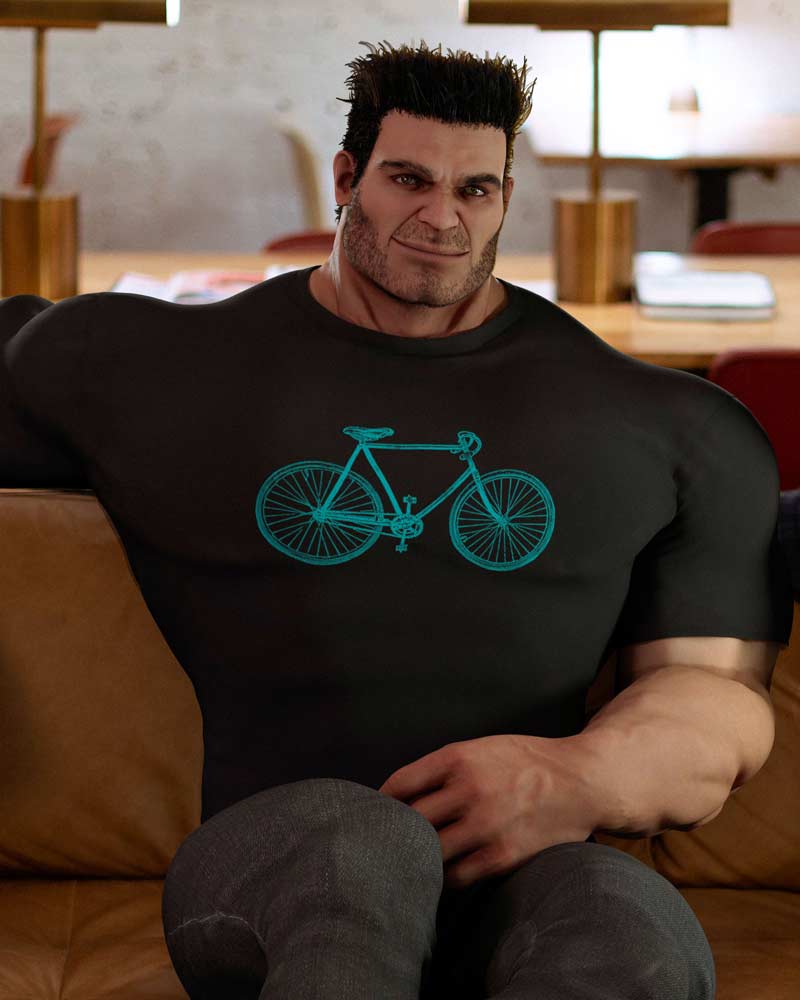