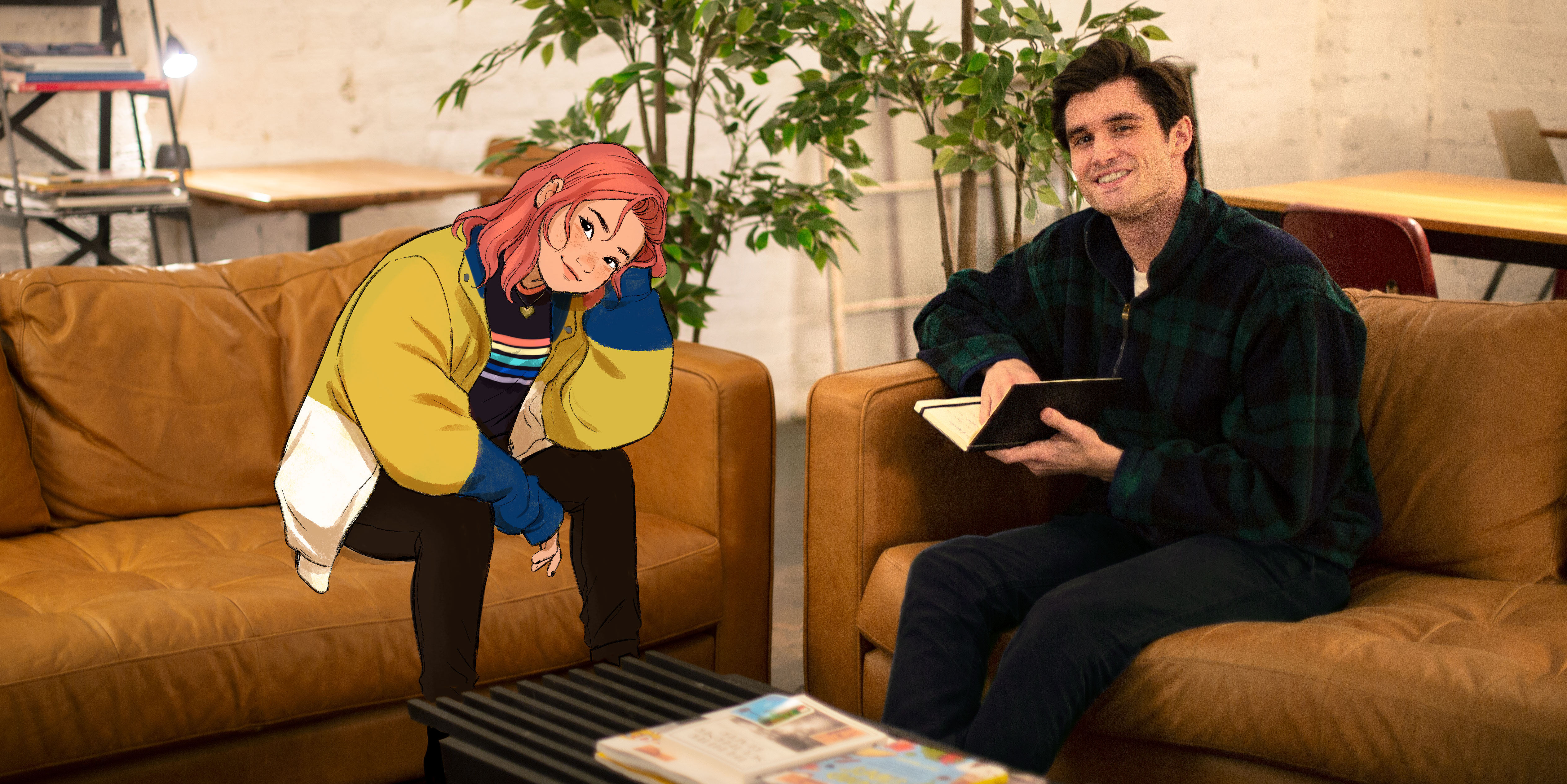 Photo by zgtownley.com and Kei Wells

Who is Virtual Human and Singer-Songwriter Kei Wells aka "Dad"?

"It’s intimidating being a 2D girl in a 3D world, but I think at my core I’m just a girl making music in her bedroom, and I’d like to stay that way for a little while!"

’m hanging out with virtual human, Smash Bros aficionado, and emerging musical talent Kei Wells aka ‘Dad’. At the age of 18, Kei moved to LA for the “least cliche reason ever: a boy.” Love led her blindly to prioritize his needs as a musician over her own, only to be left with a broken heart, an LA studio, a copy of Smash Bros, and Nana the trusty, comforting cat.

With newfound, post-breakup confidence, lucid creative energy, and an endless stock of 99¢ ramen as fuel, Kei now blesses us monthly with lofi pop earworms. In a few short months, her expansive, engaged base of ten thousand fans have collectively streamed her music hundreds of thousands of times. ‘Dad’ is a young, emerging artist leaving stan FOMO in her tracks. We really have no option but to keep our ears peeled.

Kei! What have you been up to lately?

This week has been sort of a chill for me, which was kind of a switch up from how busy I’ve been lately! I ran by one of my fav comic book stores (s/o House Of Secrets Burbank!!) yesterday. Today I just got down to work and am entertaining Nana, such a nice week!

‍Tell us about Nana! How long have you had her?

Nana is my pride and joy! She’s this cute little short hair cat I’ve had for a few years now and anyone who follows me on Instagram knows how obsessed with her I am, I’m pretty sure a few of my followers are there strictly for Nana content which is understandable.

I see she's your #1 fan! What’s your favorite thing about having a fanbase?

I think what any artist with a base appreciates is having a group to instantly validate their work – I get a lot of feedback from my fanbase, but really my favorite thing about my fans in particular is we are all into the same stuff. The community that’s formed around me are all so welcoming and inviting, and I’m still so amazed there are so many other people out there like me. We can just geek out together and if I’m feeling down, they’re always there to listen and give me support. I try and do the same for them.

If you could share one key piece of advice with all your fans, what would it be?

Looking back from where I started to where I am now, I would really encourage my fans to try and put themselves out there! It’s difficult and scary for a lot of people to do, but you have no idea which risks will pay off or which things you’re going through that you don’t realize others understand and have gone through, too.

‍You attract quite a creative following. What’s your favorite piece of fan art?

People are always sending me the most amazing fan art, like it is INSANE how talented a lot of the fans are. I still remember one of the first ones I got really early on was this pencil drawing after Alligator came out (@eowynese) and I remember it being so wild to see someone else draw me. There was also one from an account that I happened to be a fan of (@viria94) and it was this beautiful storyboard-like drawing of me in a cute outfit with some boba, I seriously wish I could frame it in my room!

Awesome piece! Now I have a rather succinct question for you – why “Dad”?

Ah yah. You’re not the first to ask! I’ll let everyone know at some point, but for now, you’ll have to accept my rather succinct answer ;)

‍
At just over 3 months active, you’ve already dropped 3 singles. Which one is your personal favorite? Alligator, Smash Bros, or Fresher? And why?

That’s so hard to choose! I think each song is so personal, but I really enjoy the energy I got from ‘Fresher’. Working with Yakob (the producer/co-writer of the song) was a dream come true, and I think I showed a little progress in where I’m at in life with that song. It’s about being broke and single, but independent and confident with where you’re at.

‍
I’m a massive fan of Alligator. Not only does it carry a stand-out melody, the lyrics reveal an emotional moment in your life. What role do emotions play in your songwriting?

Such a huge role! For me it’s really the key component, all the songs come from a personal place and it wouldn’t feel authentic if it wasn’t emotional and personal. I’m still so shocked at how much other people can relate to it. When I wrote it, I felt like I was the only person in the world going through something exactly like that.

‍
Speaking of emotions, you clearly have your exes top of mind when songwriting… are you open to talking about the boy who pulled you to LA? What happened?

Basically, all CW-level dramatic details aside, it was the classic story of a girl following her boyfriend who was chasing his dreams without thinking about how everything was going to work out. I’m not mad at him and he’s not mad at me (I think). Really, it was one of the best things that could’ve happened to me because I realized I’m at an age where I need to be putting myself first and knowing my own worth. Honestly, it’s a tough lesson to learn.

‍How have you changed since your breakup?

‍It was really a difficult time at first, to be honest. I think break ups bring out a lot of insecurities and self-doubt, but the cool thing about going through the difficult part is you have to sort of re-learn how to take care of yourself, and I’m loving going through that phase now.

In Alligator you say “I don’t know what I’m doing,” but you’re sitting on hundreds of thousands of streams and have a rapidly growing fanbase... what’s next for you?

I genuinely have no clue! But I do love the direction I’m heading and would love to just keep riding this wave. I’m getting to know my neighbourhood in Highland Park better every day. I’m working towards an EP and I’m just going to keep on trying to figure everything out as I go! I’ve loved the community that’s formed around my insta, but I honestly could use some more friends I could call up in real life.

Now for an existential Q – answer however you’d like: Who are you, Kei Wells?

Wow, this is a hard one... I think I’m still kind of figuring myself out, but that’s okay! It’s intimidating being a 2D girl in a 3D world, but I think at my core I’m just a girl making music in her bedroom, and I’d like to stay that way for a little while!

Thank you so much, Kei!

Check out Kei's profile and follower her on social media! 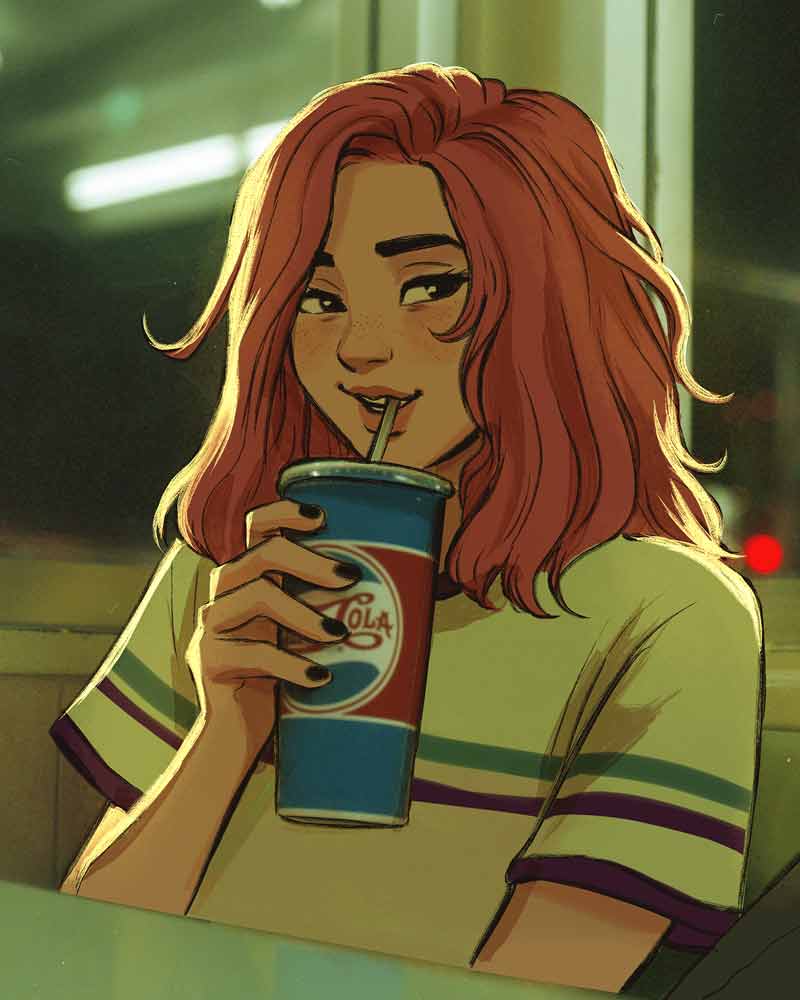