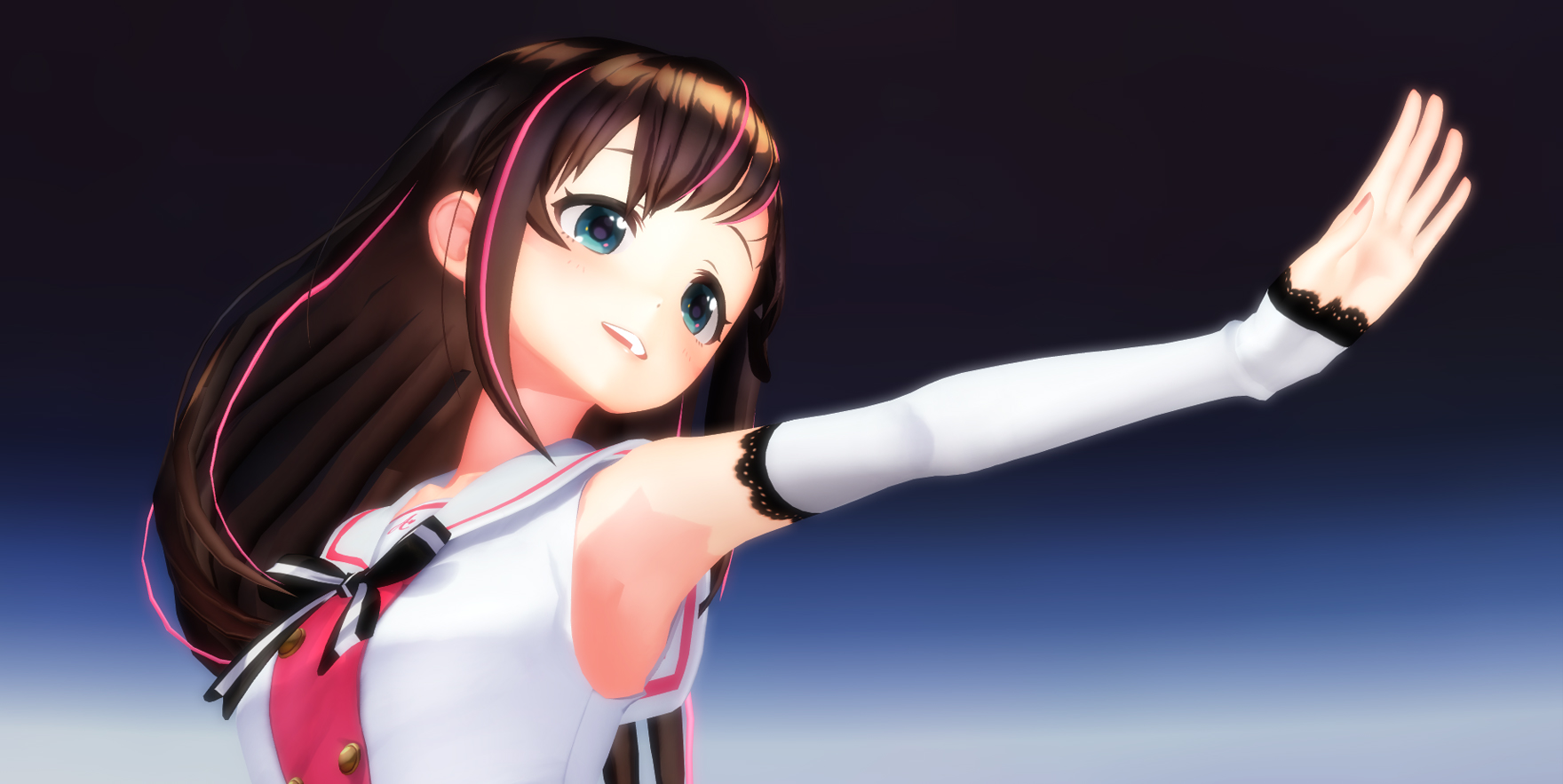 The Rise of VTubers as Social Media Influencers, Explained

i there, I’m Devin Mancuso, and I’m a Senior Design Strategist at Google. Back in 2018, I was the UX Lead for a team at YouTube focused on looking at the emerging phenomenon of virtual influencers appearing on YouTube, or “VTubers” (Virtual YouTubers) as they affectionately referred to themselves as. I was fortunate enough to have the opportunity to interview a number of VTubers across Japan, the US, and the UK over the course of the year.

I recently gave a talk at Pause Fest 2020 in Melbourne, Australia, discussing VTubers, autonomous virtual influencers, and the emergence of new video media platforms. This article is a collection of insights from that talk. You can find the full recording at the bottom of this article.

So, what are VTubers? VTubers, or Virtual Youtubers, could be considered a subset of virtual influencers. VTubers are social media personalities who publish content as 2D or 3D characters that are almost entirely puppeteered and voiced by humans. The term originated because many of these creators began publishing content on YouTube, but these days, VTubers are active across many different social platforms.

So VTubers are virtual influencers, but are virtual influencers VTubers? Honestly, the nomenclature is challenging at the moment: virtual influencers, digital humans, CGI creators, VTubers… the edges are blurry with a lot of overlap. However, during my research, I noticed a defining characteristic of VTubers was that they were typically puppeteered or ‘driven’ by a human actor in some form of real-time capture. This is in contrast to a virtual influence who, in some cases, might only be a 3D model posed and rendered for static image content on Instagram.

So when did VTubers start appearing?

While there have been a number of creative projects on YouTube over the years featuring digital characters as online personalities, including a project from Mattel featuring Barbie as a Vlogger back in 2015, VTubers as we know them today owe a lot to the breakout success of one particular VTuber, Kizuna AI.

Kizuna AI is a Japanese VTuber with a following of more than 4 million subscribers across three YouTube channels (not to mention another 1 million subscribers on Bilibili), making her the most popular VTuber to date. She uploaded her first video to YouTube in November 2016, inspiring an entire generation of VTubers to follow. These days, Kizuna maintains an active social presence online and offline; walking around Tokyo, it is not uncommon to see Kizuna featured on billboards, posters, or merchandise across the city.

Fast forward to 2020 and the landscape is quite different now, with thousands of active VTubers on YouTube. In 2017 the VTuber community was largely comprised of Japanese creators, but today many VTubers from around the world have launched their own VTuber personas and unique character designs.

When people first learn about VTubers, they often challenge the concept: “Aren’t these just cartoons or 3D characters? I’ve seen cartoons on YouTube for years!” However, while cartoons and animated characters have existed on YouTube since its inception, what’s most different and most unique about VTubers is the characters present themselves as real entities, existing in our world, on our timeline, alongside human content creators.

VTubers want to emulate the style popularized by human YouTubers over the past decade. Further, they don’t necessarily want to be perceived by their audience as any different from their human counterparts. See Lilly Singh alongside Kizuna AI here:

VTubers already create content akin to human YouTubers today: vlogging, game streams, music videos, educational content; even unboxing and product reviews. These virtual creators are also heavily involved in the YouTube community, not to be outdone by their human counterparts, they even participate in viral YouTube trends such as the Spicy Packet Noodle Eating challenge pictured below.

Why do people choose to perform as a VTuber?

So, why do these content creators choose this format to share themselves with the world? Well, after chatting with a whole cast of VTuber creators across the globe, the following are some of the most common reasons they mentioned:

However, there is one extremely unique and novel element to VTuber content that draws in and engages audiences: a sense of play. Watching VTuber content is, in a way, more participatory than traditional human YouTube content. This is because, in most cases, the audiences also gets the opportunity to “play along”, suspending disbelief and participating in a grander narrative in which this virtual character exists in their world too.

This kind of grand narrative plays out all over our social platforms, it’s as if the characters from our favorite shows have leapt out of the screen and into our world. When the YouTube video is over, these characters then go and post on Twitter, update their Instagram stories, and interact with fans via comments.

This construct likens itself to the idea of kayfabe. The term kayfabe traces its origins back to professional wrestling, where it is described as the portrayal of staged events within the industry as "real" or "true", specifically the portrayal of competition, rivalries, and relationships between participants as being genuine and not staged.

In the case of VTubers this form of kayfabe carries with it a social contract between the VTuber and their audience; 2 key rules must be followed:

When both sides fulfill their end of the contract, an emotional fidelity is achieved that is incredibly captivating for audiences. In exchange for remaining emotionally faithful, audiences get to feel something real, something they know is real because it originated from inside them: joy, jealousy, admiration, pride. This phenomenon goes some of the way to explain why fans are often unbothered by factual claims that the VTuber is “not real” or “controlled by a company”. The emotional fidelity is far greater than the factual fidelity for these fans.

Maintaining this kayfabe is no easy feat however, it is a form of emotional labor for the VTubers themselves. Audiences demand authenticity and fans expect VTubers to create a faithful emotional reaction in them that they know to be real.

Ultimately, while novelty brings audiences, “what is this thing…???”, it's the personality that keeps audiences coming back. Viewers expect the same level of authenticity from VTubers that they demand from human influencers across social media.

In the second half of my talk [11:20], we explore emerging technologies in the space that could lead to the development of autonomous, virtual influencers. We explore 3 interesting technology areas that are actively being worked on by companies and academics in this space: avatar diversity, real time rendering, content generation.

We also discuss [12:20] the potential for autonomous virtual beings and technologies like cloud rendering to lead to the development of new media platforms that challenge our traditional definitions of video media. We explore how this could fundamentally alter the relationship between content creators and viewers shifting from a 1-to-many relationship model to a series of 1-to-1 relationships.

Lastly, we look at [12:15] how VTubers might one day use real time data from their audience to alter and personalize their performance on the fly, creating the potential for a hyper-personalization loop between creator and fan.

For more on VTubers and virtual influencers, you can watch the full talk below, recorded at PauseFest 2020 in Melbourne, Australia.

Many thanks to the YouTube VR/AR team and to all of the VTubers across the globe who generously made time to speak with me so I could learn more about their amazing work.

Okay, great! We will send you insights over time.
Oops! Something went wrong while submitting the form.
Devin Mancuso

Designer and creative technologist, Devin Mancuso, is a Design Strategist at Google. He works with Google’s Platforms and Ecosystems group to help shape the future of products and services for billions of users across the globe. Previously, he was the UX Design Lead for YouTube’s VR team and has had the privilege of contributing to products across Google including Android, Pixel, YouTube and Daydream.