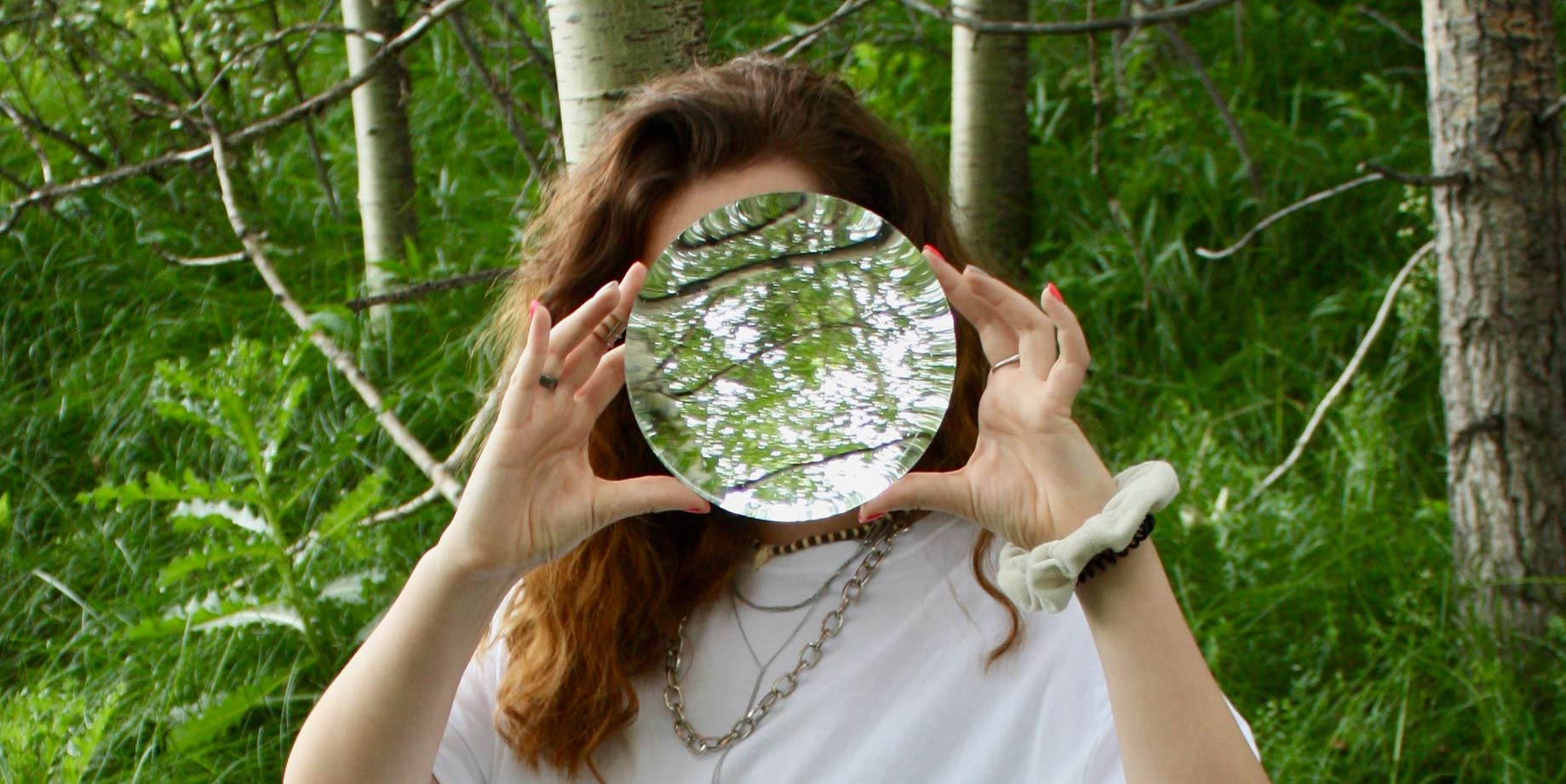 We welcome Hope Jacobson to VirtualHumans.org for a multi-part series spotlighting her rarely-seen, sociological research into virtual influencers. In the third outtake below, Hope breaks down the profitability of virtual influencers, their potential, and tactics that drive profit and engagement. She explores how virtual influencers' Instagram posts and social media channels are full of content catered to audience engagement, and how that scripted experience heightens/changes when brands want to get involved.

And so, here's Part 3 of Hope Jacobson's A Deep Dive into the World of Digital Influencers, the Realities They Construct, and the Questions They Raise [DOCX | 266 pages | 71 MB]."

hile in cases like Miquela's (according to Clash, Brud is now valued at approximately $125 million and receives millions of dollars in funding annually—VirtualHumans.org fact check: Brud, parent company to Lil Miquela, reportedly raised new capital in 2018, adding to their Seed, Series A, and Series B rounds, ultimately earning them a valuation of $125M, though the latest round is not publicly represented on the company's Crunchbase), creating and owning digital influencers has been profitable, interview responses from others paint a different picture:

Ami: “I'll be totally honest. Vlogging has not been profitable for me at all… I still have to do other work to pay my bills. Regardless, I'll still continue to make videos for as long as I can. I just love making them! I don't do it for the money. The money just helps me continue creating. I've considered sponsorships and I have tried approaching a few companies, but my channel is so unusual it's hard to convince sponsors that their products will appeal to my audience.”

Ami, in a separate interview: “I'm often asked if I work for Starbucks or am being sponsored by them… But no, I have no affiliation with them. I do other work to keep the lights on, but nothing interesting enough to talk about.”

Cameron-James Wilson, creator of Shudu: “I don’t really see Shudu as a money spinner or a business for me… it doesn’t matter about the money or things like that. Because it’s not why I started Shudu. I started her for me, to express myself.”

The reason for the profitability differences between Miquela and other digital influencers is the answer to this question: what makes Miquela more marketable?

As discussed in a previous section, Miquela walks the line between fantasy and reality in her Instagram storytelling, allowing her to maintain a loyal, engaged audience who can turn into a loyal, engaged customer base for brands who partner with her. In addition to the advertising reach (she currently has 2.2 million Instagram followers), Miquela’s account can be a valuable marketing tool because the ways she promotes content appear natural.

Miquela’s sponsored post captions are all in her unique voice and include details about her own interests, relationships, and life overall, storytelling elements that drew her audience to her account in the first place. She constantly mixes the content expected from personal posts with the content expected from promotional posts, resulting in content that serves as an advertisement without appearing blatantly so.

In this first example, Miquela promotes Samsung while showing her boyfriend to the world and sharing her human experience of celebrating Valentine’s Day with her digital human experience of being considered an “android,” claiming a kinship to cell phones:

Miquela also uses her paid partnership with Samsung to simultaneously promote her music. In this ad, followers who read her caption telling them to zoom in on the picture will zoom in and see a message on her phone that says “My new single Speak Up has turned out to mean more to me than expected… Post a [skull emoji] if you’re dying [to] listen and I’ll send you a little preview,” an offer she did indeed fulfill after I replied with a skull emoji:

Miquela also promotes her music with a reference to her “robot” identity in this Samsung advertisement:

Some of Miquela’s self-promotions reference her digital status in a more indirect way, such as through the title of her clothing line, Club 404 (a reference to the “Error 404” page on computer screens). While promoting Club 404 in the post below, Miquela alludes to her struggles coming to terms with her identity in a way vague enough for her followers to relate to but still specific enough to keep attention on promoting her clothing brand and partnership with an LGBTQIA+ rights organization proceeds will go to:

In this post, Miquela not only promotes her clothing line’s Instagram account, but she also starts a conversation with her fans that can feel individually intimate, by asking them a question about themselves and addressing “you” directly. She also stays on-brand by provoking questions about what and who is “real”:

Miquela constantly disrupts any attempts to group her posts into clear-cut categories. It is not abnormal for an Instagram post from Miquela to be an advertisement, a PSA for a specific cause, a pop culture reference, and cheeky moment of self-awareness or relatability all rolled into one. The following examples further show the multitude of purposes her posts serve:

At a photoshoot with Millie Bobby Brown, Miquela promotes Samsung and Seventeen with a mention of her use of optimism to bond with friends:

Miquela acknowledges the back-to-school season her human followers experience, suggests they add pieces from her collection to their back-to-school wardrobes, and specifically promotes a piece named after a Gossip Girl character:

This post promotes a piece of clothing designed by Miquela while being framed as a charitable opportunity and a chance for fan input to be heard:

Here, Miquela asks her followers for help deciding how to spend her time while also indirectly promoting the movie Eighth Grade:

As seen in some of the above posts, Miquela often asks questions in her captions, and she sometimes takes the interactive element of these posts to the next level by encouraging her followers to visit a physical location or participate in a contest. Here, she quotes rapper Megan Thee Stallion several times while promoting a bookstore and a purse. This is all followed up with a goofy question for fans to reply to in the comments:

Miquela promotes a favorite musician, a museum, and a music festival called Camp Flog Gnaw (and its sponsor, YouTube) in the same caption:

Miquela further incentivizes her followers to visit this museum and attend this festival by letting some fans pick up tickets at that location with the tab in her name:

After Miquela posted a “password” to her Instagram Story, she reveals her followers can get free coffee from the location she promoted by saying that code word there:

While Miquela engages in frequent self-promotion, she also has many friends and fans willing to help. After all, she is considered the “OG,” who paved the way for the digital influencers who came after her:

To be clear, other digital influencers also post frequent advertisements and interactive content, such as engaging in dialogue with fans in the comments section or sending them on real-life scavenger hunts. But this content tends to fall into neat categories; while their marketing posts have a clear marketing intent, Miquela uses more descriptivism, relatable catchphrases, and adds more depth overall that distracts from any marketing intent. Forms of marketing used by Miquela are also used by other digital influencers, but often in more direct ways. One of these forms is posting content that anticipates audience responses:

Other types of marketing used by digital influencers include promoting fictional products:

In some cases, any official marketing partnership with the company and/or celebrity being promoted is unclear, as Naairy does in the picture on the left.

Some draw attention to other digital influencers and gain fame by association, as is the case with Dagny and Imma, seen here posing with the official CGI sponsor of KFC:

Some appear to seek brand deals by using Instagram as a substitute for a job application process:

If a variety of digital influencers promote sweepstakes and otherwise advertise on Instagram in ways that are seemingly authentic and personal, why does Miquela still have a much larger reach in terms of followers and potential consumers of what she’s selling?

To reiterate the explanation from the “Miquela’s Story” section, Miquela constantly blends the real with the surreal. She writes about universal human emotions in one sentence and refers to herself as a robot in the next. She plays with the concept of reality to draw viewers in with an “I’m just like you” message and then maintains their attention by adding problems and traits unique to the digital world. She invites her followers to not just expand what they view as a part of their reality, but to join her in this ambiguous realm. Miquela frequently poses questions and other statements in her advertisements that generate Instagram comments and opportunities for conversations with her in the replies.

While other digital influencers have storylines that confine them into considering themselves members of the physical or the digital world, Miquela can uphold a space in both worlds without breaking character. Her personal struggles with finding herself allow her blurring of the lines between these worlds to be a natural part of her storyline. Miquela can continue on her journey of self-discovery as she invites her audience to follow her lead, possibly buying products along the way.

This concludes our preview into Hope Jacobson's A Deep Dive into the World of Digital Influencers, the Realities They Construct, and the Questions They Raise. Read the full research piece here: [PDF | 266 pages | 20.6 MB].

Join the discussion on LinkedIn!