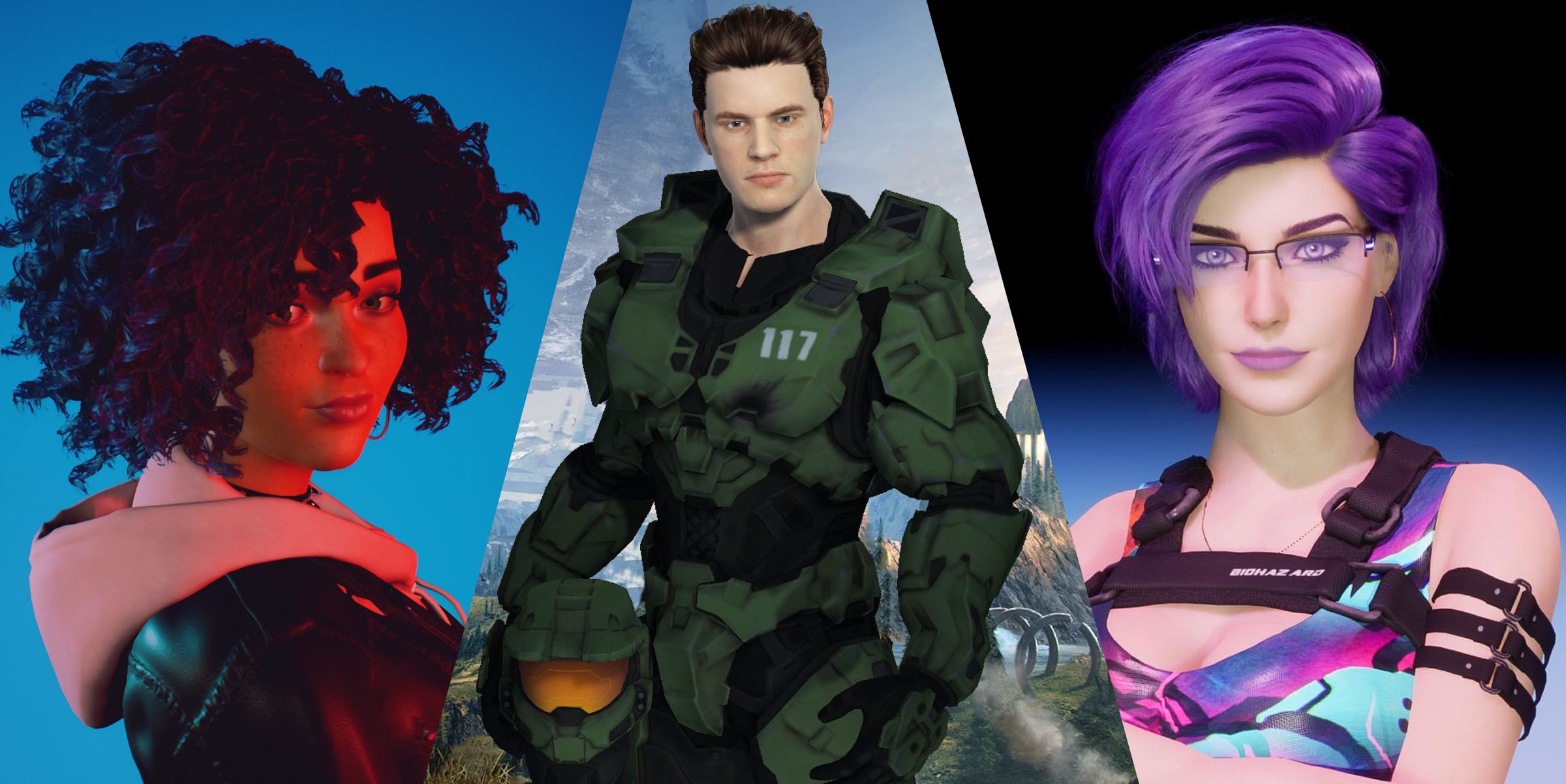 Virtual Influencers are Turning to Twitch: The Inside Look

We interviewed a few of the most popular virtual influencers on Twitch to learn about their experiences livestreaming as a virtual being.

irtual influencers have shown time and time again they can thrive on any social media platform. While many of us have seen them on Instagram, virtual influencers such as FNMeka have found success on newer video platforms, like TikTok. Now, virtuals are out to conquer another platform: Twitch.

Twitch is an interactive video platform where human and virtual creators alike can livestream for their audience. Fans love livestreams for numerous reasons. They can watch their creators play their favorite video game in real-time while interacting with them and fellow audience members in the chat.

The Twitch livestream experience creates an unmatched sense of community and fun, which drives and retains more viewers to the platform.

Why are virtual influencers livestreaming on Twitch?

Just a few years ago, animating a virtual influencer in real-time video proved far too technically difficult for livestreaming. With vast improvements to game engines as well as motion-capture technology, many creators are now able to create content featuring virtual influencers with ease.

Virtual influencers have a special appeal on Twitch. Unlike human streamers, their characters often have a compelling, accompanying storyline. Imagine watching a self-described AI robot play Fortnite while she cracks a joke about not being able to complete robot-test captchas. Moments like these, and more, are why fans love to follow virtual influencers on Twitch.

To better understand the appeal of virtual influencers on Twitch and what it’s like to livestream as one, we interviewed three notable virtual human streamers to give their honest, and sometimes diverse opinions about Twitch.

AI Angelica is a virtual streamer who entertains her fans with a variety of gaming, comedy, and interview content. Her advanced technological abilities, which allow her to move around in a virtual environment, including a deluxe digital hot tub paid for by her Patreon fans, set her apart from other virtuals.

Currently, AI Angel is on hiatus from Twitch and her other preferred platforms, but we briefly caught up with her developer to speak about their experience as a streamer on Twitch.

I wanted to give viewers the opportunity to interact with Angelica live, so they could see the real-time nature of her system. I think this really helps set a virtual influencer apart from conventionally animated content and overall just makes the character more tangible. There's been a lot of fun development work on features specifically for live-streaming too, and opportunities to do new things like that are what I really enjoy.

Twitch is just a clique of people who got an audience before the platform’s streamer-to-viewer ratio skyrocketed, so no.

Nobody does. I'm the cyberpunk Peter Parker.

Get used to seeing it around. I'm the earliest of many.

Violet is an up-and-coming virtual streamer without an elaborate backstory as an alien or AI; she’s simply herself. In real life, Violet works as an indie game developer in Brooklyn, but online, she’s the virtual star Violet. Using a virtual persona while streaming allows her to protect her outside identity while still entertaining fans as her hilariously authentic self.

I can proudly say that gaming was my entry point to creative technology. The combination of these two led me to Twitch! I grew up totally enthralled by the stories of virtual characters and the worlds they inhabited.

I remember one of my first ah-hah moments being Rockstar’s L.A. Noire in 2011. The MotionScan technology blew my mind, and I loved how this tech boosted not only the quality of the overall gameplay experience but how connected I felt to these characters. It brought a new level of humanization that I didn’t see before in gaming. And I was absolutely obsessed with it. This marked the beginning of my fascination with tech and virtual characters.

Twitch is definitely my favorite platform out of all my socials. Twitch best highlights my real-time capabilities, and I feel so connected with my audience. I love how I can receive feedback, implement it and share it with my community so quickly.

The overall tools available to the creators are useful and you can really tap into some creative juices to make your channel unique. The work that’s being done on the platform is so creative and truly drives me to try new things. I love to view my channel as a laboratory. I’m totally here to have fun and discover things alongside my community. It’s not a one-way street. Also, the memes are soooo good.

The BIG question! The answer is ... drum roll please ... No! I’m not going to lie: it’s been challenging living a Hannah Montana-esque lifestyle for the past year and a half. It’s a commitment I made when I first started, and I haven’t looked back since.

The reason I do this is to protect and separate my “IRL” life from my virtual one. The fourth question you asked has a lot to do with this concept, so I’ll leave more for that one.

Now that I am creeping up on two years, I’ve come to realize that I don’t view my virtual persona as a character. I view it more as an extension of my IRL self. Because of this perspective, balancing out my IRL life with my virtual one has always been difficult.

There are many things I would love people to know about streaming as a virtual persona, but one of the most challenging aspects about this is the social element and how all-encompassing this lifestyle really is. I didn’t understand HOW involved this journey would be until I was in it.

I have such an amazing online community, and they are so respectful about the boundaries I’ve established with my identity. They accept me for who I am, and our connection isn’t any less genuine. From a mental health perspective, it can be hard to disconnect from my virtual life. So, I need to constantly remind myself to check in and make sure that I get a breath of fresh air from time to time in the real world. The line between the virtual and physical can become really hard to separate.

LaserBolt is a virtual streamer with a normal appearance, except he’s actually a self-described “Digital Human” from the far-off planet Telsa, where digital and physical humans are equal. On Twitch, he plays first-person shooting games such as Call of Duty Warzone and Apex Legends for his primarily male subscriber base. While Violet and AI Angel answered their questions from a developer’s perspective, LaserBolt chose to stay “in character” for his interview.

This question is very difficult to answer but--as a digital human, it is second nature to me. On my home, Planet Telsa, it is part of my job.

Currently, I am on multiple platforms. I would say my main platform is YouTube, but I have been able to reach other audiences with other social platforms like Twitch. Twitch is one of the most well-known platforms for streaming but lacks discoverability, which is one of its downsides. On Telsa, we only have one streaming platform.

When you say real life, it is a bit tricky for me because what you humans call real life is not what I call real life. But to answer your question, yes. My family on my home planet  is aware.

That’s a great question. The first thing I would like people to know is that I am a Digital Human. Secondly, streaming can be something difficult, as most of the technology here in Urantia (Earth) is outdated. Most of the technology I would love to show from my home planet Telsa cannot be done yet here on Urantia. However, the most important one is that it can sometimes be challenging for humans to grasp the idea of a different kind or type of human. In my case, a digital human. This is why my main mission here on Urantia is the acceptance and unity of all humanity, whether digital, virtual or physical. We are all the same in this metaverse.

There may be many differences in appearance, personality, and content between AI Angel, itsvi0let, and LaserBolt. However, one thing is the same: they all have found some level of success streaming on Twitch as virtual creators.

Laserbolt’s statement that “we are all the same in this metaverse” explains how audiences connect with virtual streamers. Fans interact with virtual streamers through the same channels they use with human ones such as commenting in the Twitch live chat. The only difference is that the virtual streamers are using a digital persona to add a new dimension to their content— whether it's a complex storyline as an alien or to simply make robot jokes as you purchase player skins in Fortnite.

To stay caught up on all the newest virtual influencers on twitch and other platforms, subscribe to our VirtualHumans newsletter and you’ll receive articles like this one in your inbox.

In the meantime, enjoy this short by AI Angelica: