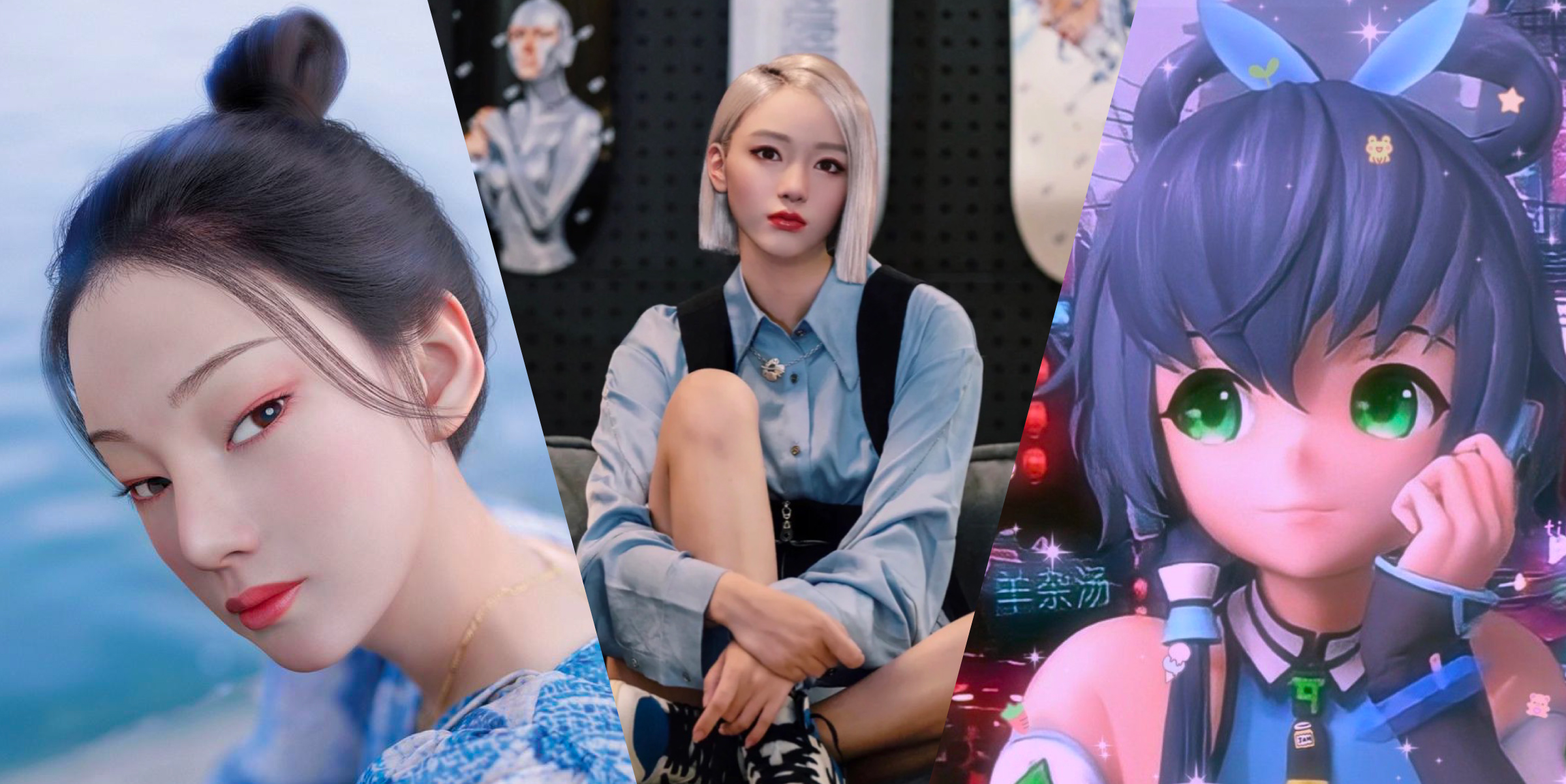 These characters will hit the western market with new ideas for approaching audiences.

n China, social media influencers are referred to as Key Opinion Leaders (KOLs). Through audiovisual content, they impact the public perception of brands on the Asian country’s social media platforms. Yet, KOLs are not alone anymore in China.

Virtual KOLS, China's virtual influencers, are becoming a force to be reckoned with. According to Bloomberg, the industry has grown 70% since 2017 and reached a worth of $960 million in 2021. Their mostly Gen Z and millennial audience now reaches almost 390 million people.

The reasons for their success are apparent. Virtual KOLs connect with their fans through a broad, complex social media web. They use platforms like Weibo, Bilibili and Douyin—China’s versions of Twitter, YouTube, and TikTok—as well as similar platforms like Xiaohongshu or Taobao. These primarily e-commerce driven platforms, not available for the western market, provide virtual KOLs with diverse possibilities to monetize their connections with fans, strengthening their online presence.

Creators across Asia have innovatively taken to developing virtual characters instead of attempting to reach people through human influencers. Let's dig deeper into five Chinese virtual KOLs directing this industry’s expansion in China to learn more about their approach.

China's first virtual KOL, Luo Tianyi, was originally created as a Vocaloid in 2012. Vocaloids are synthesized voices created by software that model human voices. Some, like Japan’s Hatsune Miku, have evolved into popular characters at the hands of their fans, with some even becoming virtual idols.

Luo Tianyi’s story, as told in this short, five-episode series, explains how she came to Earth on a diamond-shaped spaceship. She meets her Vocaloid friends, they form a band, and the rest is history.

An anime character with an angelic voice, Luo Tianyi wears a blue dress with a short skirt, has green eyes, and wears her gray hair in two long tails with a white bow on top. Occasionally, she has an angel wing on her back. She forms one entity with another Vocaloid that possesses the opposite wing.

Luo Tianyi dominates Chinese social media. She has more than 5 million followers on Weibo and hosts shoppable live streams on Taobao. She is the face of various commercial campaigns, has multiple videos of virtual concerts on Bilibili and a fan base that allows her to perform in multiple in-person shows. She even collaborated with famous Chinese piano player Lang Lang during a live concert.

Luo Tianyi’s creator, Chinese company Shanghai Henian Technology, leads the ‘Vsinger’ project, a group of six vocaloid anime characters: Yanhe, Lezhengling, Lezheng Dragonya, Zhengyu Moke, Mo Qingxian, and Luo Tianyi. These vocaloids act as individual stars but also perform together as a band, giving fans transmedia access to their full storylines. The company’s primary business is to sell the Vocaloids rights to individuals and companies interested in using those voices for their projects.

Ayayi is Luo Tianyi’s perfect opposite. Not only is she one of the most recent virtual KOLs in China, but she is also hyper-realistic. The meticulousness paid to the physical details in each of her posts is mind-blowing. The way light reveals the texture of her skin is unique and makes her look like an actual human. Her looks are always mindfully crafted. Her short blond hair is perfectly stylized for each image, and her emotionless expression is both intimidating and elegant. Ayayi is virtually perfect.

No wonder she is disrupting China's fashion industry. This thoughtful combination of detailed CGI work and a well-developed life narrative is the key to Ayayi's successful collaboration with important brands. She has worked with names like Louis Vuitton, The Middlehouse hotel and posed for photos with China's fashion influencer Grace Chow. These collaborations demand high-quality aesthetics and meaningful narratives that confirm the concept behind the character.

Born in social media, Ayayi made her breakthrough in Xiaohongshu - Red on May 20, 2021 where she rapidly gained 40,000 followers thanks to her incredible realism. She has a growing presence on western social media platforms like Instagram and sometimes communicates in English to reach western audiences.

Unlike Ayayi, Angie is famous because of her imperfections. Her ears are significant, and her skin is dry. She is sleepy; she likes to yawn. Instead of being immaculately styled, Angie shows fans her everyday routine: doing her hair with a crooked part, while using her slightly messy, always comfortable pajamas shorts.

Angie is sensible and sensitive. She cries. She enjoys feeling the wind on her face and eating ice cream. She plays the guitar and the piano. She performs to small crowds wearing a baggy jumpsuit. She loves what regular people do, and that is why she has connected with a significant fan base.

Angie’s creator, Jesse Zhang, who designed her with a Shenzen-based CGI firm, made her for Chinese social media. Between Weibo and Doujin, she already has more than 300,000 followers who identify with her next-door neighbor lifestyle.

Like the other virtual KOLs, Ling is perfectly suited to social media. She has more than 150,000 followers on Weibo and has already collaborated with brands like Tesla, Centaine (a famous Chinese Shampoo) and Nayuki (a Chinese Bubble tea). She appeared on the cover of VogueMe along with three real women. Ling’s fame is rising by the minute.

A resident of Beijing, Ling is a Gemini interested in culture. She enjoys opera and sometimes dresses in traditional costumes to join the sets of these cultural events. She has pale skin, dark hair, and a never-missing bun. Ling constantly looks at the camera to bond with the audience, who respects both her beauty and her simplicity.

Ling is a full-time virtual model; she is always working. Unlike Angie, Ling never depicts her regular life but strikes poses that show off the brands that endorse her. She promotes a wide array of products, including watches, cars, food, perfume, and fashion.

Ling was created by Xmov Information Technology, located in Shanghai. Xmov specializes in the creation and development of AI-driven digital assets of all sorts. They focus on developing virtual assistants for brands, governments and business enterprises.

The band has a massive following on Chinese social media, with more than two million followers on Weibo. They perform in concerts next to real humans and post videos of themselves exercising and showing off their style. Teaming up with Givenchy, they became the image of the Qixi Festival Campaign. The five characters were styled with Givenchy's Qixi collection, and each was featured in a short film. The band was on the cover of SuperELLE and released a single exclusively for the partnership with the famous brand.

These five virtual KOLs are just a taste of China's contribution to the virtual influencer industry. The originality and diversity of their storytelling strategies should be a source of inspiration for virtual influencers creators in the west. Their stories and aesthetics are as innovative as they are popular.

Chinese social media platforms offer virtuals a massive variety of commercial opportunities to expand their audiences. Virtual KOLS are taking them by embodying all kinds of different characters: from the average girl next door to the next top model, from hyper realistic rendered images to synthetic comic representations, from selling assets in live streams to telling short stories on social media story formats. The possibilities for engagement are endless and Chinese virtual KOLS are exploring every angle.

We are excited to see how they will evolve and further explore how they impact the western market.

Okay, great! We will send you insights over time.
Oops! Something went wrong while submitting the form.
Pablo Lorenzana

Pablo is a Project Manager at Offbeat Media Group. Passionate about digital media and the evolution of avatars, Pablo researches the latest news in the virtual influencer industry. Pablo is eager to learn more about the stories and strategies that make CGI influencers so mystifying. Based in Los Angeles, Pablo is finishing the MS Fiction and Entertainment program at SCI-Arc, where he aims to refine his very own avatar: @caballo_perrro (yes, horse_dog!). 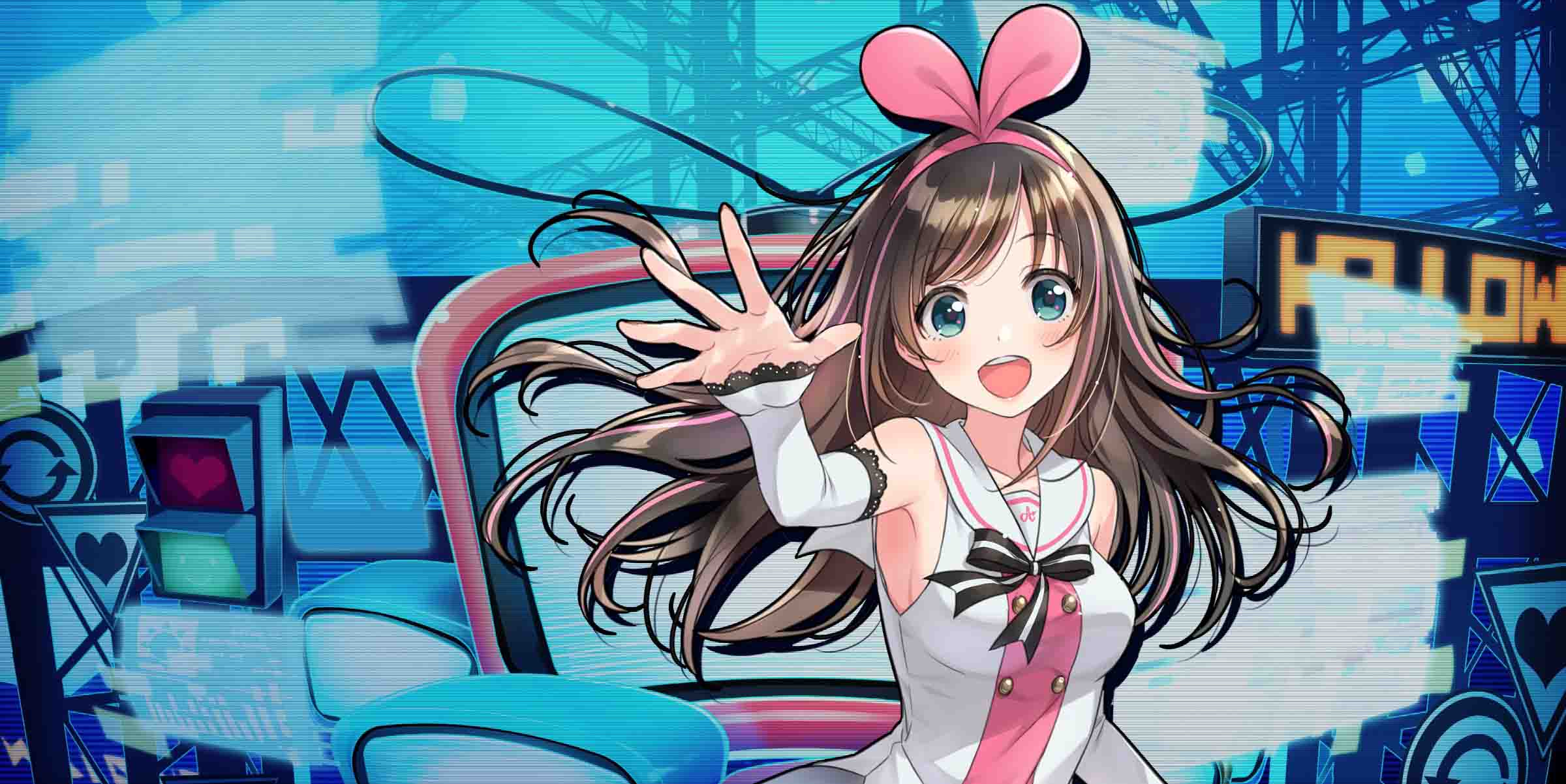 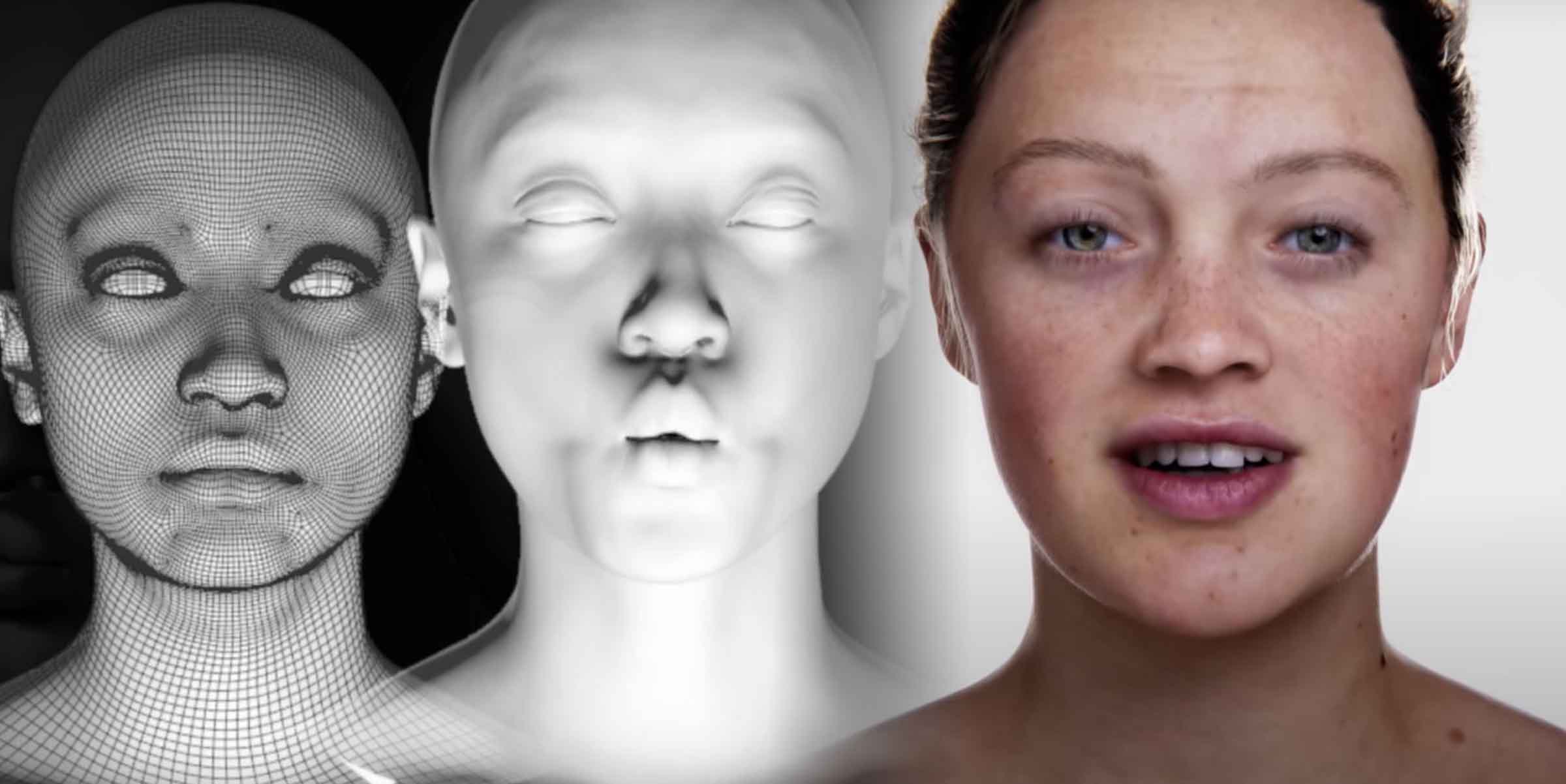 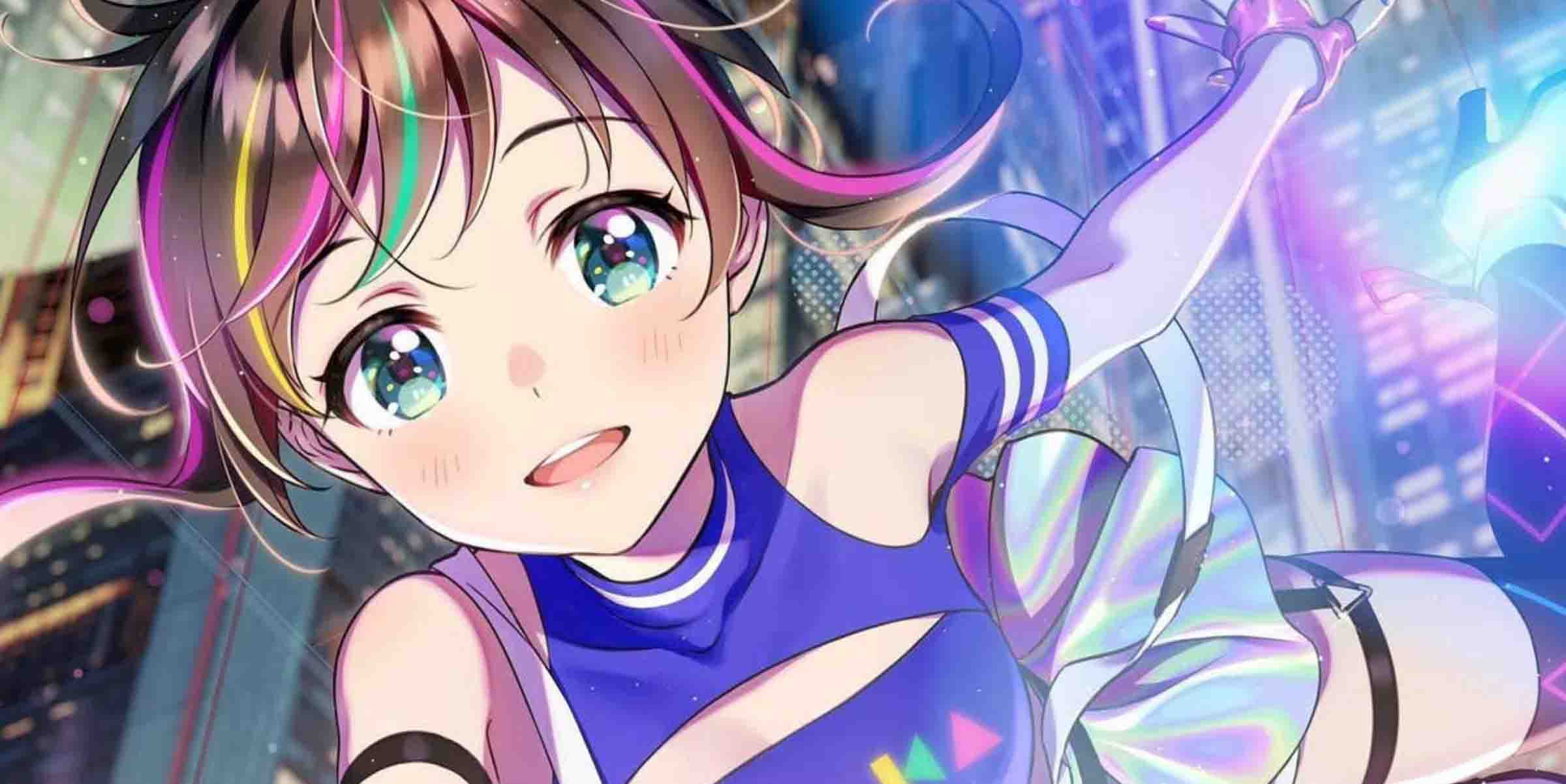