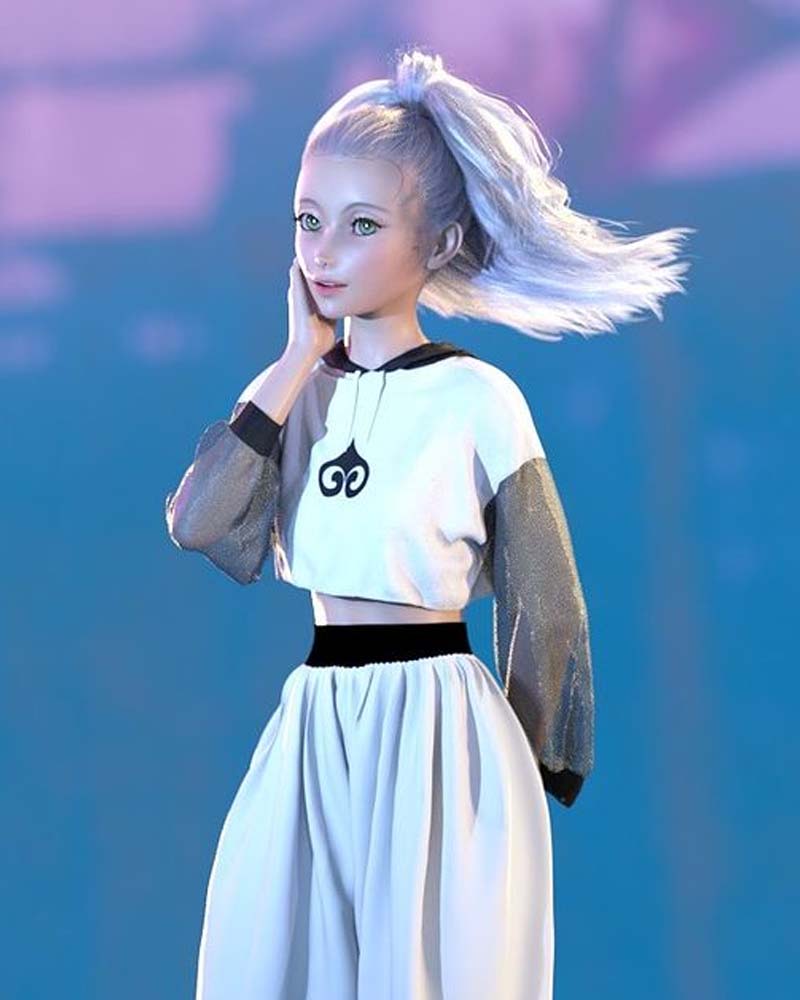 @myrakeikomusic
Inactive or Discontinued
See a new one!

Myra Keiko is a Japanese singer. Her looks are very simple: she has grey hair, and likes to wear baggy pants. She started as an anime character but switched to a 3D realistic look after the launch of her first single “Believe.” Myra Keiko’s sad eyes and glitchy atmospheres create a melancholic environment for the audience to immerse in.Myra Keiko's first music video was created by 3D artist and creative director Malikeena. Malikeena has also produced music videos for other virtual influencers like Strangefeelz.