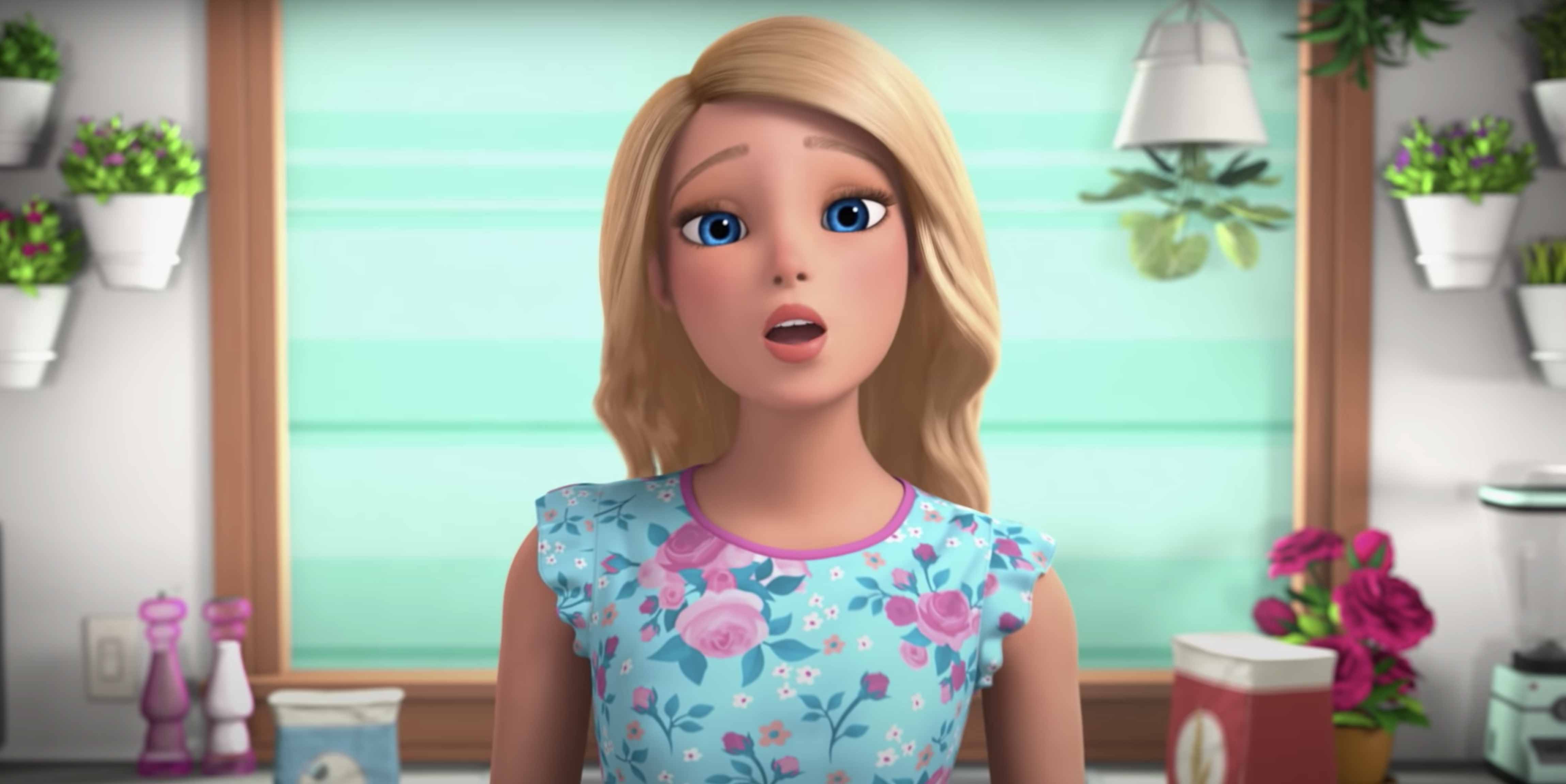 V-Tuber Barbie reveals Mattel's innovative, modern side and a commitment to positive influence

arbie can add another bullet point to her resume of 200+ careers: VTuber. Since starting “The Barbie Vlogs”, her long-running YouTube series, this international icon has earned nine million new fans. As a woman with a long reputation for being hyper-aware of pop culture and an affinity for trying new things, vlogging is an innovative outlet for Barbie to spread her message of empowerment to a new, video-obsessed audience.

Barbie vlogs garner millions of views and captivate audiences of all ages, some of whom are stunned to see this character they’ve known and loved since childhood now interact with them in the unexpected medium that is YouTube. Barbie found her voice after over sixty years, and she’s using it to inspire young girls to find theirs.

"I want you to know, whatever you're feeling, you are not alone. We're all going through this together." -Barbie

Like many popular teenage vloggers, Barbie records herself sitting at a desk with her bedroom as the background. Her friends, sisters, and boyfriend Ken make frequent guest appearances in her videos. Even when recording alone, she almost always mentions one of her little sisters, which gives the vlogs a very family-centric feel. The videos are concise, typically running less than five minutes. Her content topics follow a range of topics:

Barbie debuted decades ago with a mission to empower young girls, long before she evolved into a motion captured VTuber. Her vlogs allow her to continue pursuing this mission in a way fine-tuned to a Gen-Z audience.

A large portion of her videos are dedicated to “The Dream Gap”. This phrase refers to research revealing that girls around the age of six, stop seeing themselves as equally intelligent or capable as their male peers. Barbie works tirelessly to reach girls and reassure them of their capability, hoping to positively impact the statistics. She speaks directly to the issue of the Dream Gap in several videos, while in others she shares brief biographies of successful women, such as Katherine Johnson, Frida Kahlo, or Amelia Earhart.

Barbie has a murky history of reflecting popular culture, both helping and harming her reputation. On many occasions, she’s advocated for progress in-step with fellow women, such as in the 1970s when her face was permanently re-designed to have eyes looking straight ahead instead of casting down. This change was made in the midst of the Women’s Liberation Movement. Barbie has also represented roles that girls never saw a woman in before, such as Astronaut Barbie prior to Sally Ride, or as a presidential candidate prior to Hillary Clinton.

With a mass-market business model that depends on strong adherence to a rapidly evolving culture, Barbie is no stranger to missteps and criticism. A notorious and questionable “Sleepover Barbie” was released in 1965, released with a scale permanently fixed at 110 pounds and a diet book with “DON’T EAT!” printed on the back. Her decision to market those ideals to young girls hasn’t aged well in light of cultural shifts, such as the body positivity movement, even though extreme dieting and myriad weight-loss supplements were commonplace among advertisements for women (including teenagers) at the time.

Barbie has also been accused of being materialistic, being vapid, of perpetuating unrealistic beauty standards, of creating an unhealthy body standard for girls, of being too sexual, of being anti-feminist, and more – the list goes on, and on.

Barbie’s vlogs, though, represent a new-age, digital take on her longstanding adherence to current culture. Her vlogs show her as a young girl with a fully formed personality, her own passions, and even shortcomings, thus humanizing her and making her feel more accessible to viewers who previously may have viewed her in a more derogatory light. As a celebrity in her own right, Barbie’s vlogs highlight the opportunity for highly influential figures to use their platforms for positive change, but that's not always the case.

After decades of pressure on Mattel, Barbie's creators, for promoting unrealistic standards for girls, Barbie’s friendly and intimate vlog portrays her as a relatable, imperfect teenage girl – a virtual friend with real heart. Barbie’s vlogs show her endless curiosity and passion for empowering her viewers while never pretending to have all the answers. For over half a century, doll-Barbie influenced girls to be whatever they want; now, V-Tuber Barbie reminds them no one is perfect and it’s okay to make mistakes along the way. Barbie’s vlogs are humanizing, representative of current culture, supportive of self-love, and encourage body-positivity. Once again, Barbie showcases her passion for being a social advocate while maintaining individuality.

An unprecedented feature of V-Tuber Barbie is the level of control the Barbie brand has over the message she communicates to fans. When famous YouTubers make a misstep or regrettable decision, they often try to rectify by offering up an explanation in those moments of coming under fire in the public eye.

As a V-Tuber, Barbie enjoys a level of immunity to backlash, as the content she shares is entirely scripted and planned to resonate with fans. The level of trust she can develop as a result allows for more immediate and intimate connection with fans surrounding the issues her community cares about.

As young girls grow and change in a rapidly changing world, “The Barbie Vlogs” are there to reassure them of their capability, strength, and worth in pursuit of even the biggest dreams. V-Tuber Barbie assures us it’s possible to grow and change while remaining true to your foundation. She can be socially conscious while still demonstrating her passion for fashion and traditionally “girly” things.

While missteps may be inevitable for such a long-running, iconic brand, especially one centered around the image of a virtual celebrity, V-Tuber Barbie shows us the brand’s core value has always been, and will continue to be, the opportunity to empower young girls through current, accessible mediums, and today that’s as a virtual influencer.

HumansInterviewsNewsResearchGlossaryInstagramScroll to Top
https://www.virtualhumans.org/article/rss.xml
Thank you! Your submission has been received!
Oops! Something went wrong while submitting the form.
Privacy Policy
|
Terms
|
Made in Atlanta, GA